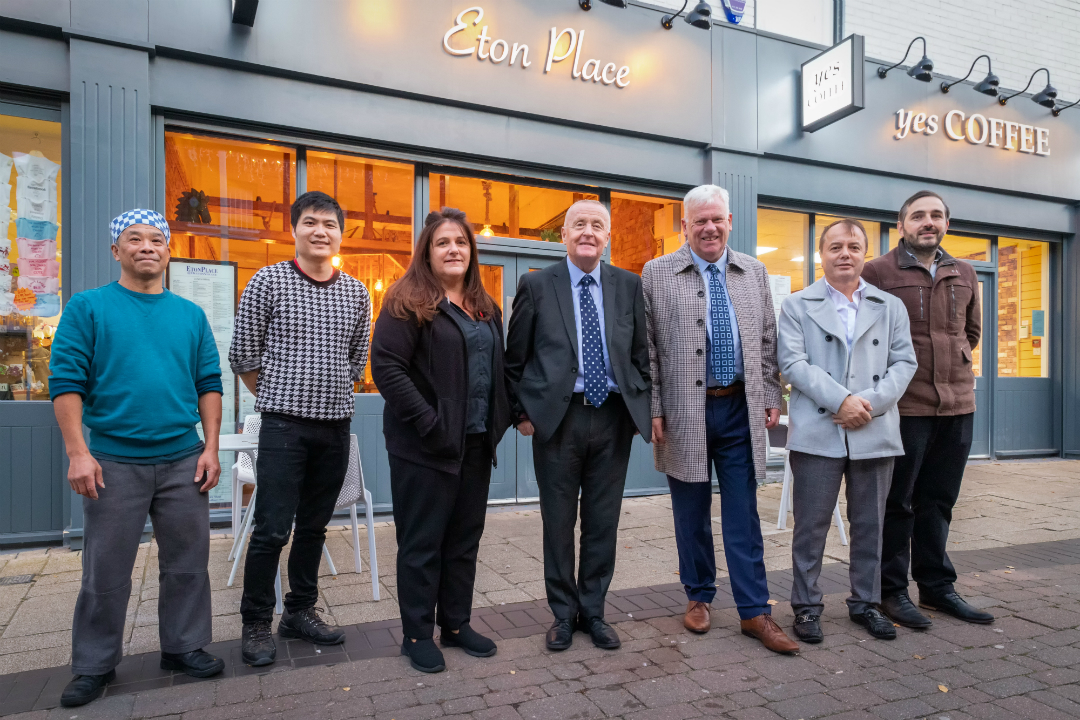 The first section of Huyton Village to be transformed with a contemporary makeover of the shop fronts is now complete.

And passers by have been quick to praise the new look, with traders reporting an increase in customers coming through the front door as a result. 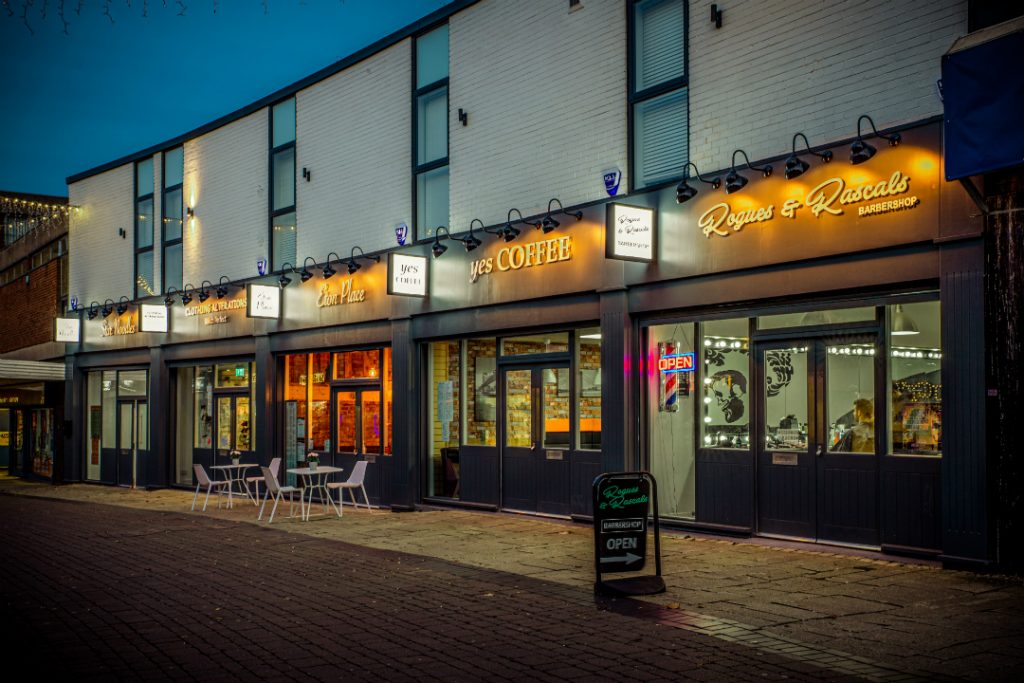 The shop front redesigns are all part of Knowsley Council’s commitment to develop and enhance Huyton Village Centre – and are only the first phase of a programme which will see even more shops enjoy a stylish new look. 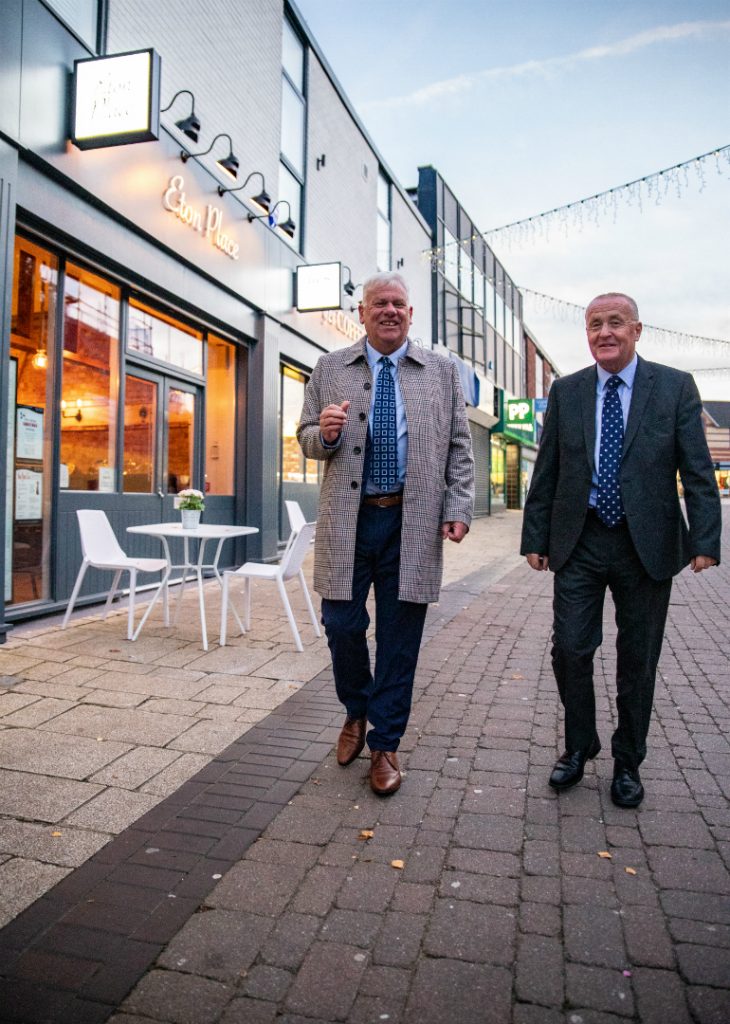 The new shop fronts have been designed to make the village centre more distinct and attractive, following the findings of a survey carried out last year by the council, seeking views on how Huyton Village Centre could be improved. Residents said they wanted the shopping centre to look more modern and attractive, and the council has listened to this feedback. Not only is phase one of the improvement scheme now complete, but phase two is now also well underway.

Martin Langan from Rogues and Rascals said: “It’s great to see so much work being done in Huyton Village Centre and so many more businesses choosing to locate here. I’m really pleased with the transformation our shop has had and how great our shop front now looks. I’m looking forward to seeing the next phase progress and welcoming even more visitors into Huyton Village Centre.” 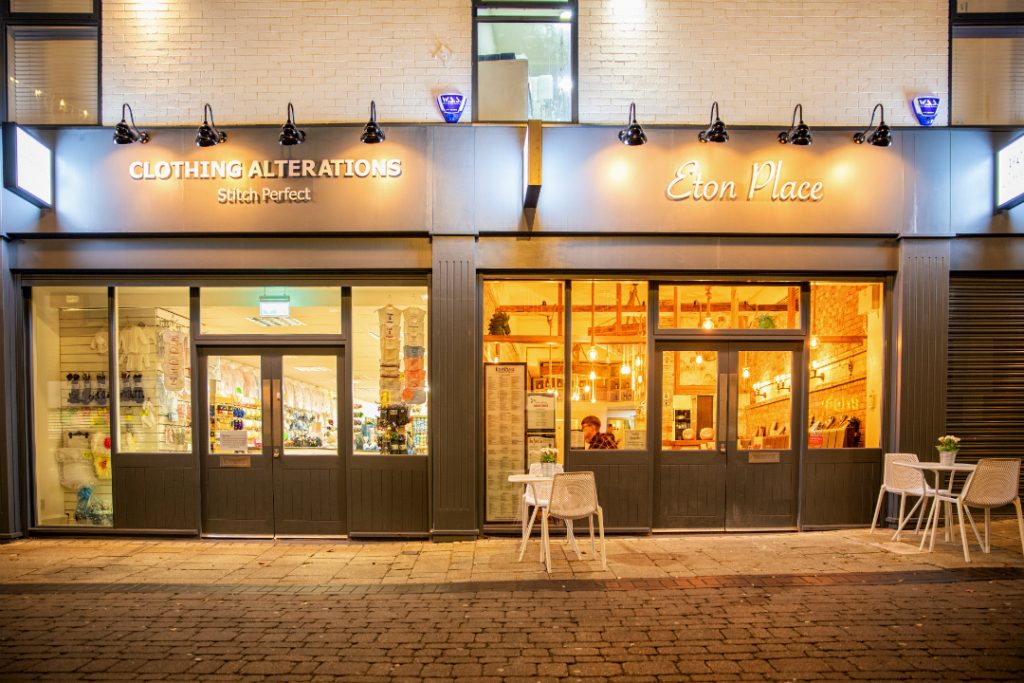 The improvements are a contemporary palette of materials and colours including the repair and painting of brickwork, new shop fronts (including replacing windows and doors) along with new signage and feature lighting.

Turgut Olgun from Eton Place added: “Following the success of Eton Place which opened earlier this year and the improvements delivered and planned in the village centre, I am now nearing completion of my second food outlet on Derby Road.

“El Pueblo will provide something new for visitors to Huyton Village Centre with a tapas offer. El Pueblo has been designed to follow the improved shop front scheme and I’m delighted with how Eton Place looks now, and how El Pueblo will look once completed – hopefully we will be open in time for Christmas.” 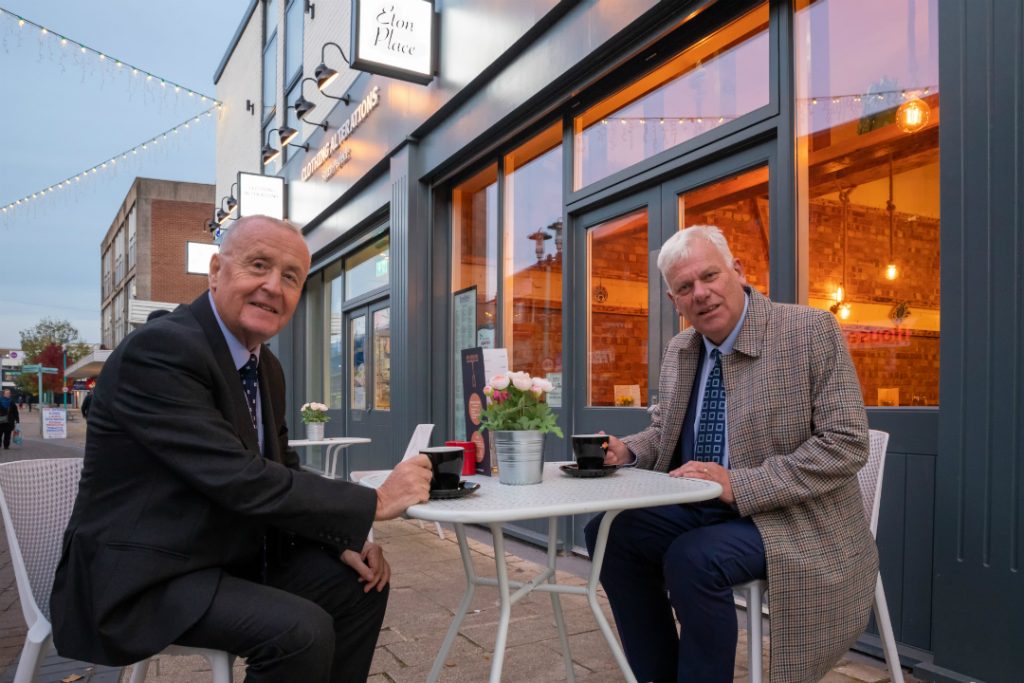 Cllr Graham Morgan and Cllr Tony Brennan enjoy a coffee outside Eton Place, one of the businesses to benefit from a new shop front as part of the council’s Huyton Village improvement works.

Following the success of phase one, another five outlets have commenced, also on Derby Road, which includes the new Coffee House shop which is due to open next month. During this latest phase, the businesses remain open as usual. 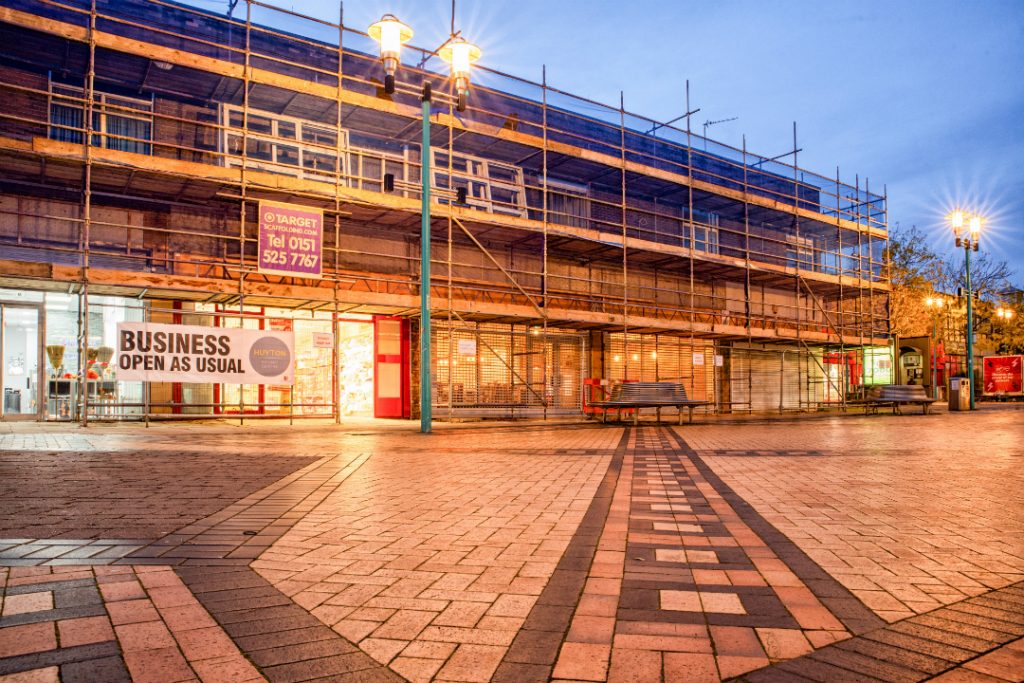 The next phase of shop front improvements in Huyton Village is already underway.

Cllr Tony Brennan, Cabinet Member for Regeneration and Economic Development, said: “I’m delighted with how our plans for the village centre are progressing and look forward to seeing a further phase of shop fronts transformed over the coming months. As well as physical improvements, we have also introduced a successful events programme starting with Huyton Live that we hope to build on, as well as the number of new food and drink establishments moving into Huyton. There really is a lot going on in Huyton and I look forward to see our exciting plans develop further over the coming months.”