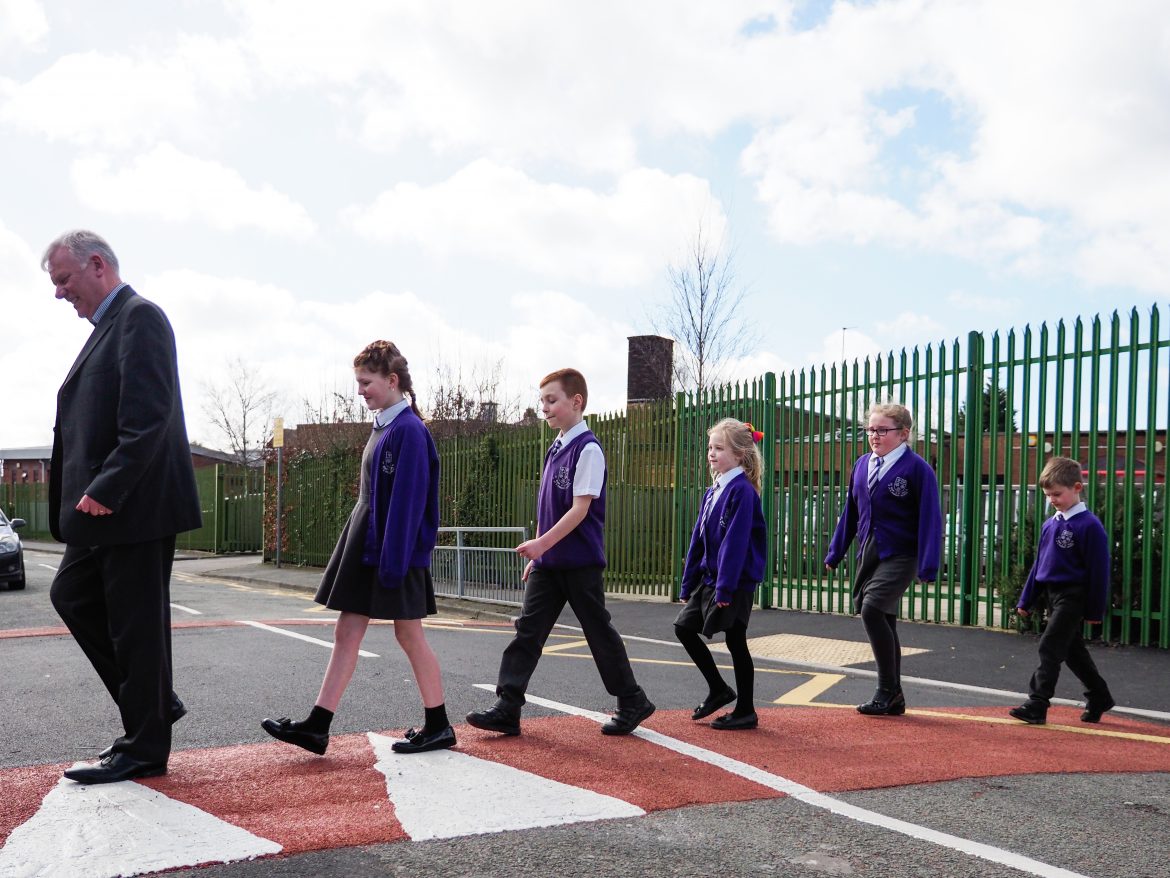 Due to a number of collisions in the area around St Mary and St Paul’s C of E Primary School, the council has introduced a local safety scheme in the area.

Concerns about the road safety of Bryer Road, Prescot as well as the collisions led to an investigation in the surrounding roads taking place. The investigation led to a highway safety scheme being developed and a number of improvements to pedestrian safety on Bryer Road.

Improvements made to the road include, two new raised crossing points and a change to the junction outside of the school. These improvements mean pedestrians have a shorter crossing distance and drivers are encouraged to reduce their speed.

Cllr Graham Morgan, Knowsley’s Cabinet Member for Regeneration and Economic Development said: “Road safety is a priority for Knowsley Council and I’m really pleased that more has been done to help reduce the number of collisions in our borough. While safety schemes such as this improve road safety, people should be reminded to take responsibility to keep themselves and others safe – particularly around school zones.”

Paul Brooksbank, Acting Headteacher of St Mary and St Paul’s C of E Primary School said: “It is now a lot safer to cross roads around our school which I am sure our children as well as their parents and carers are very thankful for.  The new safety scheme has made a big difference to the school run and I hope the improvements mean people drive safer in the area and pedestrians feel safer crossing Bryer Road.”

Protect your home from arson attacks