Most recent
Bars and restaurants to begin reopening from 4...
Government announce more places where face coverings need...
Further Progress made on the New Retail Development...
Here’s what YOU said you want in Kirkby...
Home Health New ‘Kind to Teeth’ campaign launches in Knowsley

‘Kind to Teeth’ is a new campaign which aims to promote healthier drink choices for young children in Knowsley and across the region.

It is targeted at parents with children aged under five to help encourage healthier drinking habits in the early years. It aims to raise awareness that the best drinks to offer young children are milk and water as sugary drinks such as juice drinks, fizzy drinks and flavoured milks can cause tooth decay.

Research shows that by the age of five, nearly a third (31%) of children have obvious decay in their milk teeth. In another study, 12% of three-year-olds in England were found to have evidence of tooth decay having on average three decayed, missing or filled teeth – and sugary drinks are a major part of the problem.

“Allowing our young children to become accustomed to sweet tastes from an early age can have a negative effect on their dental health and continued over-consumption can also lead to problems in later life, such as weight gain and type 2 diabetes.

“The Kind to Teeth campaign will help to educate parents on the health risks associated with consuming sugary drinks in the early years, and emphasise that water is the best source of hydration for their little one. We hope it will help to influence healthy drinking patterns from the early years and throughout their growth and development into adulthood.”

The Kind to Teeth campaign has been developed by registered nutritionists, dental health and early year’s specialists and forms part of the well-known GULP (Give Up Loving Pop) campaign from Food Active.

The campaign has been launched to coincide with National Smile Month, from 14 May until 14 June, and is the UK’s largest and longest running campaign to promote good oral health. The campaign highlights three key messages to help develop and maintain a healthy mouth; including cutting down on the number of sugary drinks consumed.

“Tooth decay is the number one reason for hospital admission among children. Consuming too many fizzy drinks is rotting our teeth, as well as piling on the pounds, but the ‘diet’ versions are also damaging to teeth.  These are highly acidic and over time will wear away the surface of the teeth.  Fizzy drinks are by far the biggest factor in causing dental erosion among young children and teenagers.”

For more information about the campaign visit the GULP website.

New ‘Kind to Teeth’ campaign launches in Knowsley was last modified: May 11th, 2018 by Laura Johnston 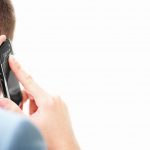 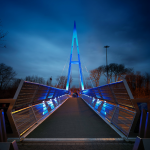 Going blue for ME Awareness Week