Flourish Further Education opened its doors at the start of the new academic year and was officially opened by Cllr Jackie Harris, Mayor of Knowsley, on 23 October with a special event for the learners and their families. 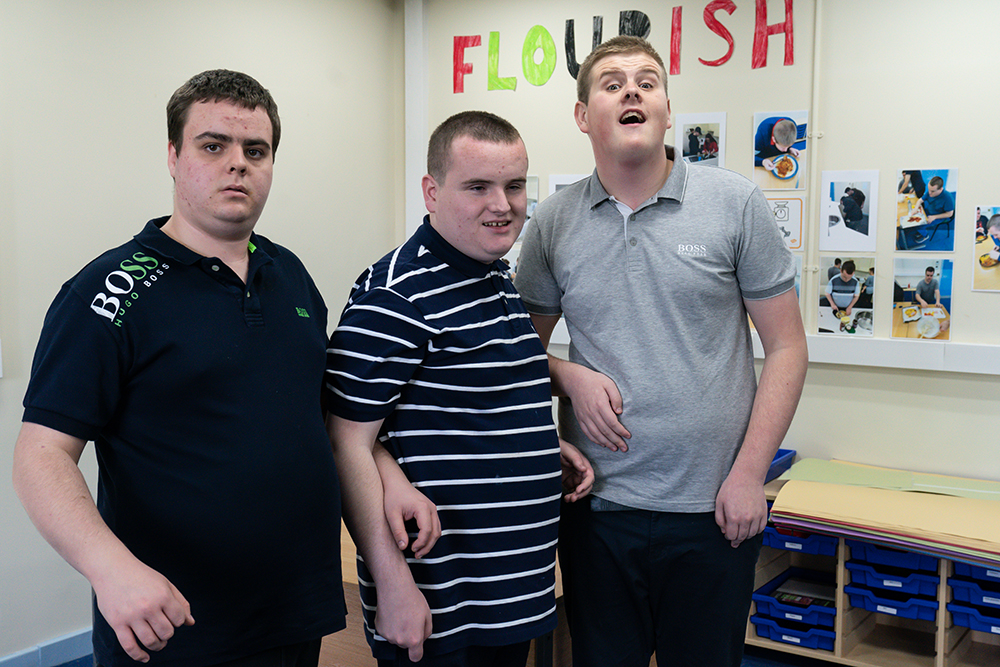 Some of the learners at Flourish.

The provision has been established by Knowsley Council, parents and carers, Knowsley Parent Carer Voice and Bluebell Park School working together to ensure Flourish meets the needs of learners.

This new SEND post-19 provision will enable learners who would otherwise have had to go out of borough to stay in Knowsley for further education. 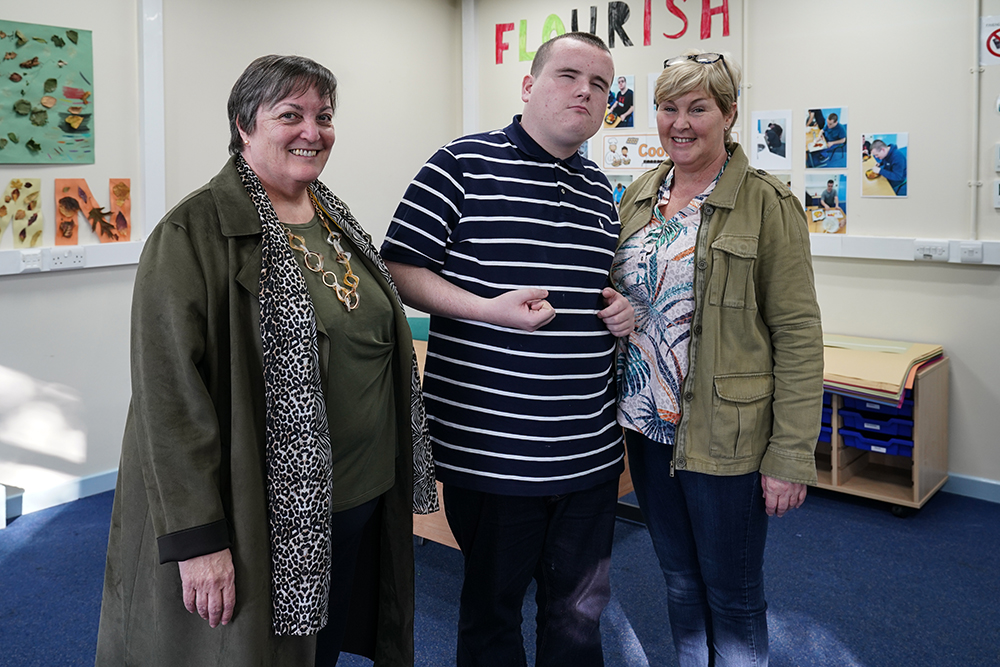 Cllr Margaret Harvey with Flourish learner Harvey and his mum.

The aim is to prepare the young people for adult life in the local community and ultimately develop their independence.

What does Flourish provide?

Flourish provides an individualised, flexible programme, a lot of which will be delivered in the community to help build the skills and experience the young people will need for the future. 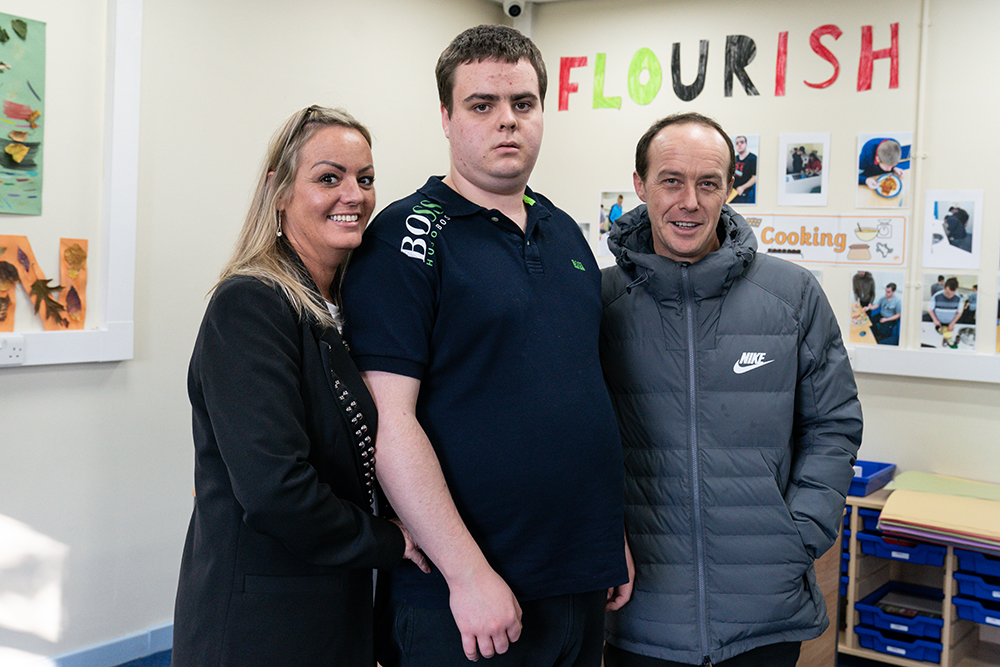 Flourish learner PJ and his family.

There will also be lots of involvement with local voluntary and community groups which the learners will continue to access when they leave Flourish at the end of three years.

Deborah Smith, Chair of Knowsley Parent Carer Voice and mum to Flourish learner Harvey, said “I’m speaking on behalf of all the parents when I say even though they’re young men, the thought of them going out of borough where they’re not known, in an unfamiliar building with staff they don’t know, and then after three years coming back and having that transition again is very worrying.

“Having Flourish is on the doorstep with some staff they already know from Bluebell Park and in a building they know, we feel like we’ve won the lottery, it’s just a dream come true.”

Michelle Walker, PJ’s mum added: “We’re absolutely delighted and we can see how happy they all are here.”

Cllr Margaret Harvey, Knowsley Council Cabinet Member for Children’s Services, said “To have a provision like Flourish in Knowsley is fantastic. It is wonderful for the learners to be able to develop their independent living skills in the local community where there are lots of familiar faces and surroundings, making the transition into adulthood and greater independence as smooth as it possibly can be.” 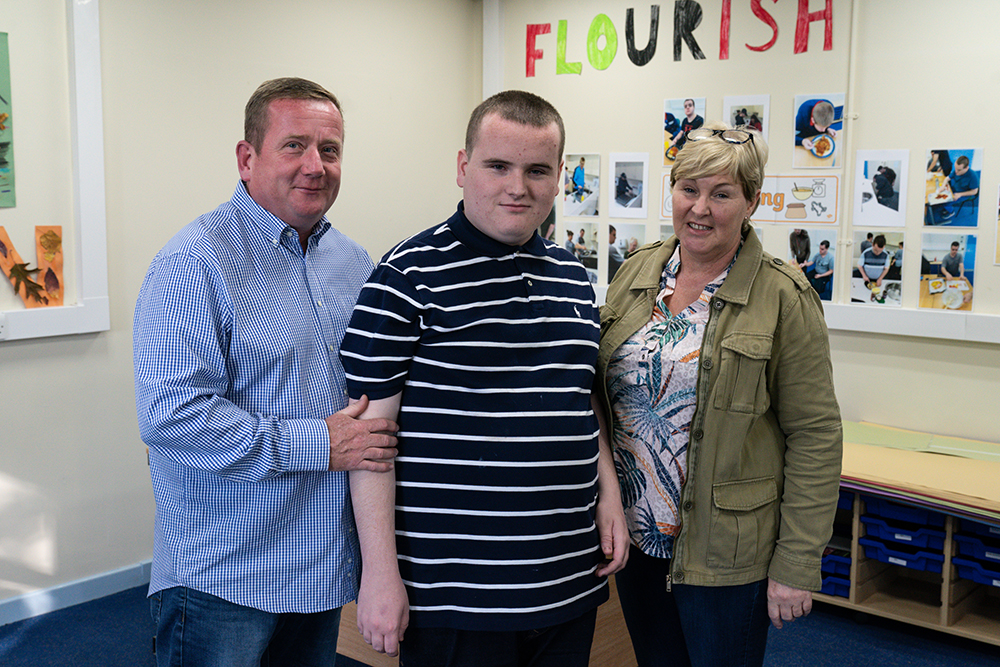 Flourish learner Harvey and his family.

Cllr Sean Donnelly, Knowsley Council Cabinet Member for Health and Social Care, added “I’m extremely proud of what we’ve achieved with Flourish and how integral the families have been in making sure it meets the needs of their children. It’s a fantastic example of the Knowsley Better Together approach – working better together for the benefit of Knowsley and its residents.”

Flourish is delivered by FACE – Knowsley Council’s adult education provider – and is funded through the government Education and Skills Funding Agency (ESFA).

Flourish will deliver a three year programme and support up to four new students each academic year accommodating up to 12 learners.

Cyber Security Awareness Week – would you be cyber ready?