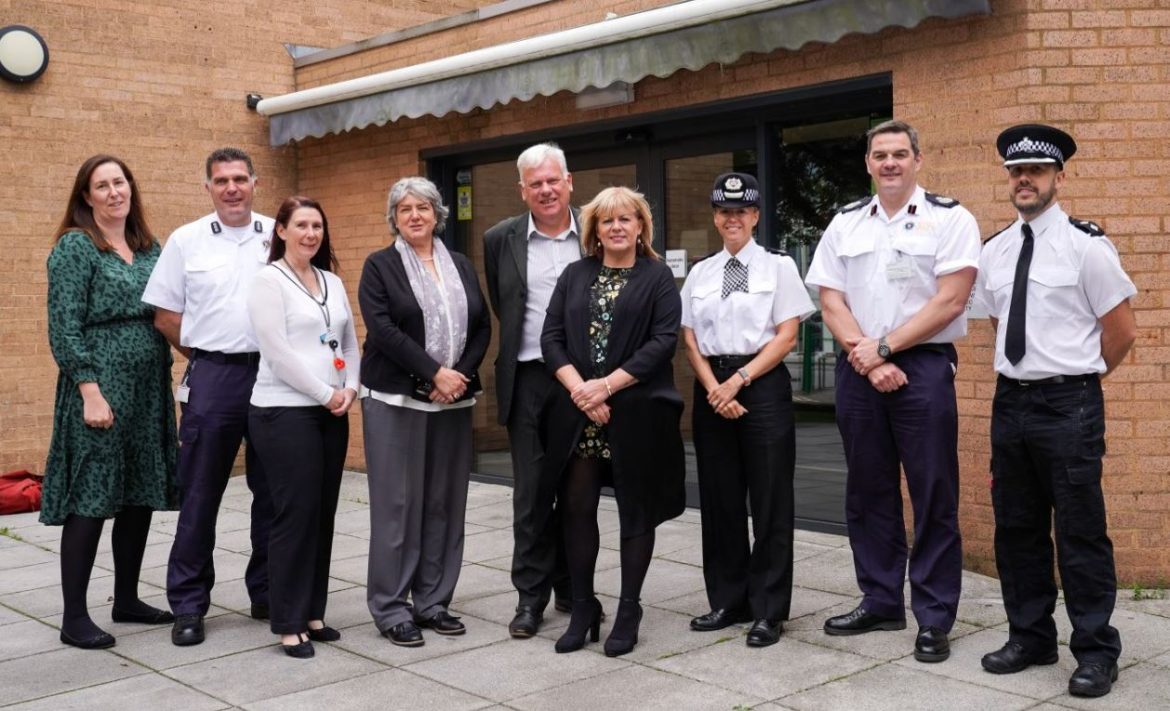 Merseyside’s Police and Crime Commissioner joined councillors and representatives from a number of Knowsley’s key partners for the official launch of Knowsley’s new Crime and Communities team at The Venue in Huyton.

About the new service

Knowsley’s Crime and Communities Service is a dedicated multi-agency local team set up to identify and address the causes of crime and anti-social behaviour in our neighbourhoods.  It includes representatives from Merseyside Police and Merseyside Fire and Rescue Service working alongside key partners from ForHousing and Knowsley Housing Trust who will work closely with the council’s newly-formed Crime and Communities Team.

What will the Crime & Communities Service do?

Knowsley Council has invested more than £1.2m in response to feedback from residents that tackling crime and anti-social behaviour in Knowsley is a top priority. As well as more community officers, the council is investing in enhanced CCTV across the borough, upgrading cameras to HD and utilising innovative solutions to place redeployable CCTV in hard to reach locations.

The council has also purchased a brand new quad bike for Merseyside Police in order to help tackle the community priority relating to motorbikes and scramblers being used for illegal or anti-social activities in the borough.

In addition, the Crime and Communities Team has supported community projects which promote the council’s ‘Cleaner Safer and Greener’ objectives, with funding being provided through the council’s Community Fund to gardening charity Incredible Edible and youth football coaching programme Liverpool Kicks. There are also plans to help set up the first Mersey Fire cadet scheme in the borough and support a local residents group to enable them to improve security arrangements in their area over the coming month.

Building on a strong partnership

Merseyside’s Police Commissioner Jane Kennedy said: “I was pleased to attend the launch of Knowsley ‘Crime and Communities’ team. This new team will be vital in addressing the local community safety concerns of Knowsley’s residents, and build on the council’s already strong partnership with Merseyside police’s local policing unit.

“The council’s investment in a new police quad bike to support this work is particularly welcome and will help in the fight against the blight of nuisance bikes in the borough.”

Addressing the concerns of the community

Cllr Shelley Powell, Cabinet Member for Neighbourhoods and Communities said: “We recognise that our communities are deeply concerned about community safety so we have taken a serious look at how we can invest in resources and work better together with our partners to address this priority issue.

“Incidents of crime and anti-social behaviour have such detrimental impact on our resident’s quality of life and the cohesion of our communities so with our partners in Merseyside Police, Merseyside Fire and Rescue, ForHousing and Knowsley Housing Trust – among others – we must collaborate and use our collective expertise, resources and commitment to tackle these issues head on.”

How can the new service help you?

If you are experiencing anti-social behaviour or are a victim of a crime you are encouraged to report this to Merseyside Police via 101 or online here.