Knowsley Council has this afternoon held its Annual General Meeting.

Councillors re-elected Cllr Andy Moorhead as Leader of the Council, and appointed Cllr Frank Walsh as the new Mayor of Knowsley.

Cllr Frank Walsh will represent the borough as Mayor for 2016/17, with his niece Janet as the Mayoress.

During this year, the Mayor’s Charity Fund will raise money for The Big Help Project which is responsible for Knowsley Foodbank, Jubilee Debt Advice, Next Steps, Get Connected and Baby Basics. A donation will also be made to Knowsley Bridge (Imagine).

The council’s new Cabinet was also confirmed today, and councillors were appointed to various committees and advisory and working groups.

How the AGM unfolded

Tweets from Knowsley Council’s meeting of council on Friday, 20 May.

Tweets from Knowsley Council’s meeting of council on Friday, 20 May.

You can find details of all public meetings scheduled to take place this year on the Knowsley Council website. 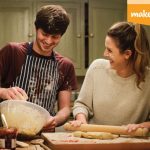 When was the last time you looked after yourself? 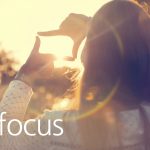