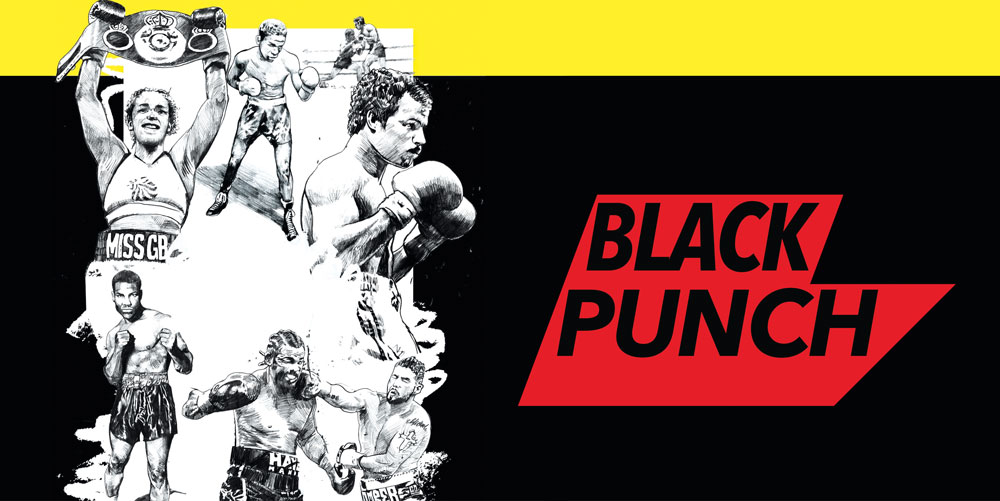 Knowsley and Liverpool have produced a wealth of boxing heroes whose stories have been brought together in a new exhibition – Black Punch – which will be showcased in Knowsley from Monday 9 March until the end of May.

There is a strong tradition of boxing in Knowsley and Kirkby in particular. The town has produced many champions, including the great John Conteh who trained at Kirkby Amateur Boxing Club and who features in the exhibition. 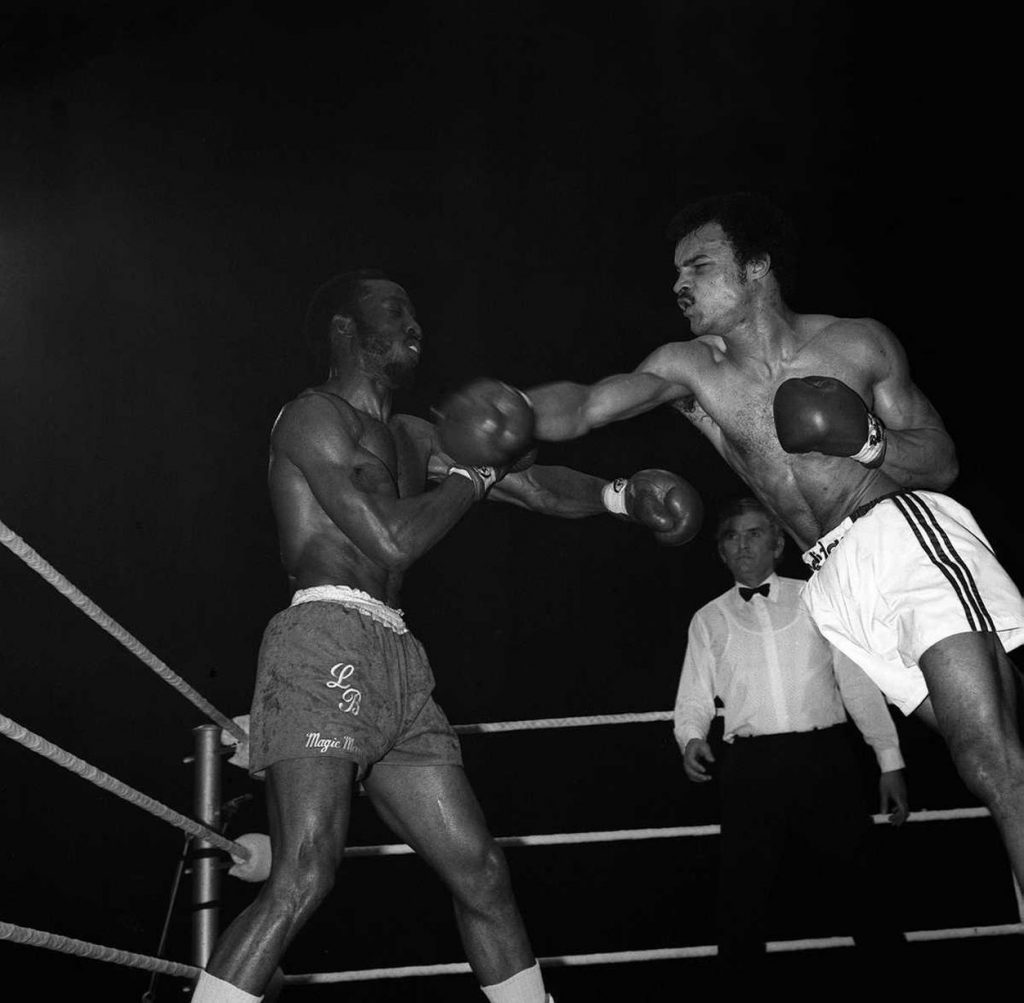 His early promise as an amateur boxer developed into a phenomenal professional career where he went on to become the British, European and World Boxing Champion. He held the WBC light-heavyweight title from 1974 to 1978. In 2017 Conteh was awarded an MBE for services to boxing.

A painting of the legendary boxer by local artist Gill Cowely forms part of the exhibition. Gill took first prize with the piece in the Visitor’s Choice Award in the 2019 Knowsley Open Art Exhibition. 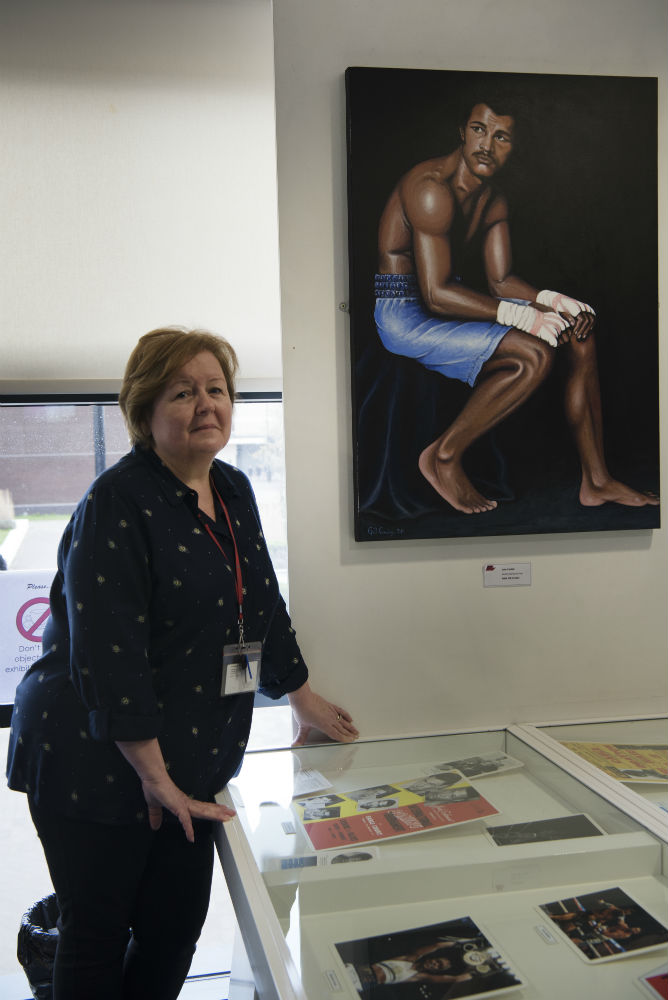 Gill Cowely with her portrait of John Conteh.

Meanwhile, three members of the same family highlighted in the exhibition; Terry Senior, Nigel and Richie Wenton, all competed and won on the same night at the Kirkby Civic Suite in 1980 – making amateur boxing history and securing their entry into the Guinness Book of World Records.

The shorts worn by Terry Snr, Nigel and Richie are on display courtesy of the Heritage Development Company Liverpool.

Local legend Peter Banasko was prevented from competing for a national title because of the Colour Bar – a ban on black British boxers competing for national titles, which had been instigated by the British Boxing Board of Control in 1911 and wasn’t lifted until 1947.

Peter Banasko is one of the many legendary black boxers that the area has been home to over the years and the Colour Bar was just one aspect of the challenges that black boxers faced – the exhibition traces the journeys and some of the prejudices which the boxers had to overcome both in the sport and wider society. 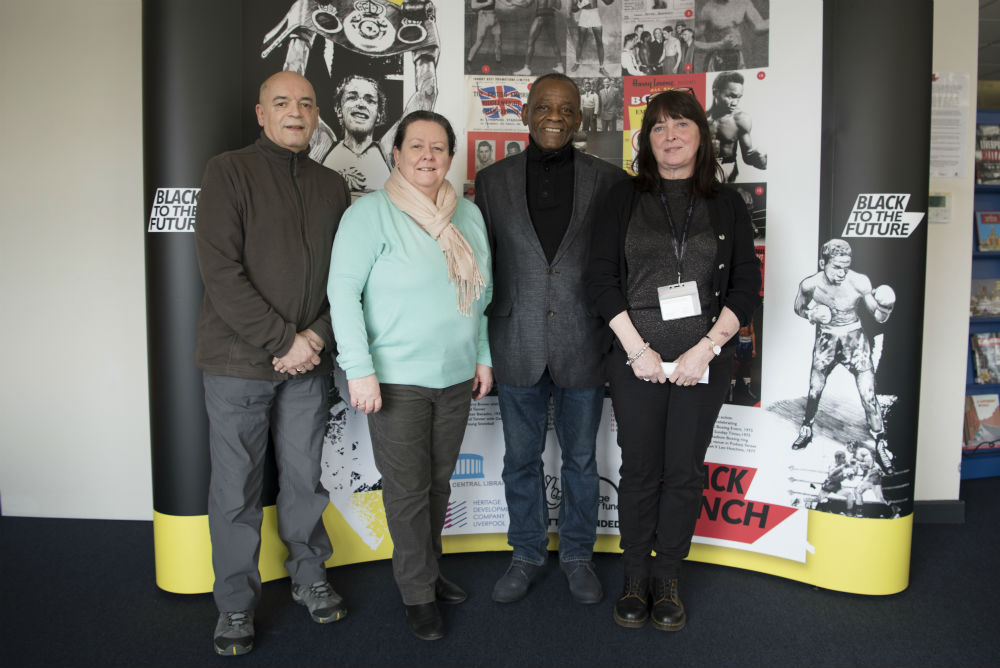 Cllr Jayne Aston, Cabinet Member for Resources, said: “There’s a strong tradition of boxing in Knowsley and we’re really proud to showcase this brilliant exhibition celebrating black boxing history from our region. Black Punch will appeal to fans of all ages and I’d encourage anyone with an interest in boxing to come and visit, you won’t be disappointed!”

The exhibition chronicles the story of boxers of African descent who fought out of Knowsley and Liverpool over the past 180 years, starting with the birth of James ‘Jem’ Wharton in Morocco in 1813.

At the age of just 12 James started working as a cabin boy and by the early 1830s he was living in Liverpool and competing as a bare-knuckle boxer in epic bouts that could be up to one hundred rounds long. James was a remarkable middleweight boxer and won every one of his 89 fights, including 54 Knock Outs. He died in Liverpool in 1856 as a result of tuberculosis.

Among the earlier boxers mentioned in the exhibition are Bob Smith, a middleweight boxer born in 1840, Harry Brown, who boxed between 1901 and 1912 and William Lawson, who was also known as Young Snowball and was a bantamweight boxer active between 1905 and 1916. There’s also a bust of Kid Tanner who was active between 1938 and 1950. 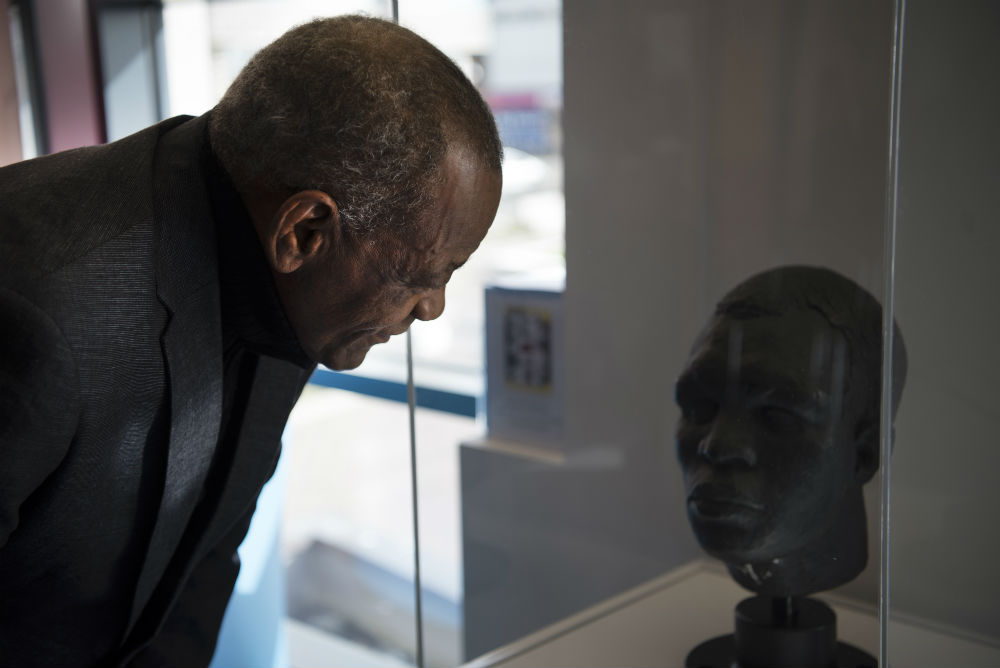 Dick Tiger, Richard and Allan Tanner, Ray and Steve Ako, Carl Speare, Jimmy Price, Noel Quarless, Sugar Gibiliru Jnr and Robin Reid also feature in the exhibition – a long roll call of boxers whose achievements include not only 30 world titles, but also 20 British, Commonwealth and European Championship belts – a “staggering” level of success from such a small area.

Black Punch, a history of Liverpool-based Black boxers, will be open on the first floor of The Kirkby Centre in the Archive Exhibition Space in Kirkby Library during Library opening hours from Monday 9 March until the end of May 2020.

This is Knowsley Archive’s (The ARK’s) first exhibition from an outside agency: it has been curated by the Heritage Development Company Liverpool in partnership with Liverpool Central Library and Liverpool Record Office, supported by the National Lottery Heritage Fund and was first shown at Central Library, Liverpool, in 2019.

Opening times for Kirkby Library and the ARK are available on Knowsley Council’s website.

Get help to give up this No Smoking Day in Knowsley