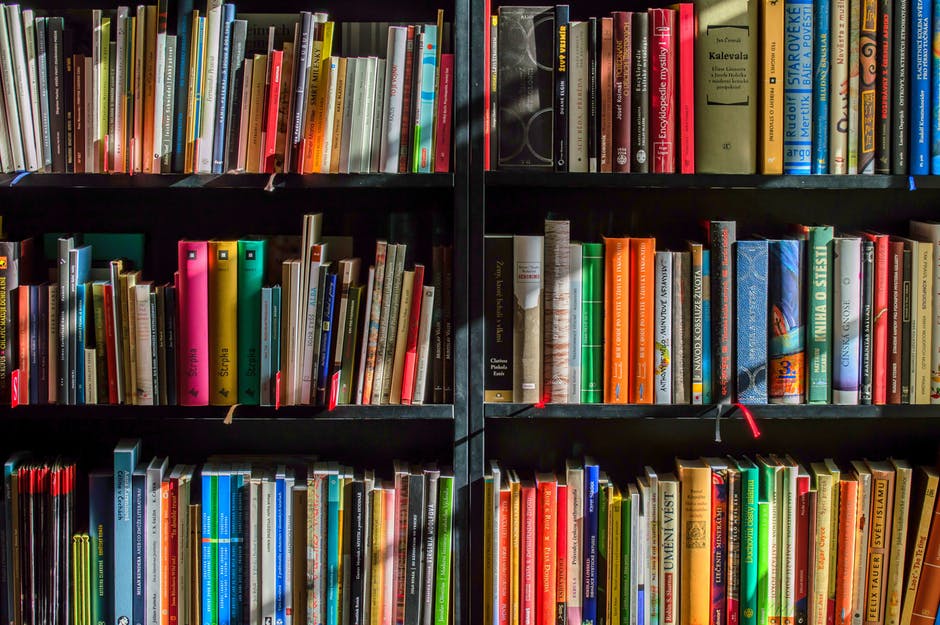 It’s a new month, meaning there’s another lot of newly released books available in Knowsley’s libraries that you can borrow.

Find out what titles you can enjoy from March 2019… She’s made it clear that she doesn’t want to be found. Then, by chance, you see her playing guitar in Central Park. But she’s not the girl you remember; this woman is living on the edge, frightened, and clearly in trouble.

You don’t stop to think. You approach her and beg her to come home but she runs. You do the only thing a parent would do – you follow her into a dark and dangerous world you never knew existed. Before you know it, both your family and your life are on the line. In order to protect your daughter from the evils of that world, you must face them head on. No one is born a leader but through sheer determination and by confronting life’s challenges, Ant Middleton has come to know the meaning of true leadership. In First Man In, he shares the core lessons he’s learned over the course of his fascinating life.

After 13 years service in the military, with four years as a Special Boat Service (SBS) sniper, Ant Middleton is an example of what it takes to excel. He served in the SBS, the naval wing of the special forces, the Royal Marines and 9 Parachute Squadron Royal, achieving what is known as the ‘Holy Trinity’ of the UK’s Elite Forces. As a point man in the SBS, Ant was always the first man through the door, the first man into the dark, and the first man in harm’s way.

In this fascinating, exhilarating and revealing book, Ant speaks about the highs and gut-wrenching lows of his life – from the thrill of passing Special Forces Selection to dealing with the early death of his father and ending up in prison on leaving the military – and draws valuable lessons that we can all use in our daily lives. Linda Fairstein is the queen of intelligent suspense, cleverly interweaving shocking crimes with the hidden, often dark history of New York City locals. In her latest novel, Linda tackles the Bridge of Sighs, the name given to the walkway between the courthouse and Manhattan’s Tombs prison, while Alex Cooper is up against her biggest challenge yet: running for Manhattan D.A. The murder of a team of U.N. scientists while investigating mysterious deaths in El Salvador. A deadly collision in the waterways off Detroit. An attack from tomb raiders on an archeological site along the Nile. Is there a link between these violent events? The answer may lie with the tale of an Egyptian princess forced to flee the armies of her father three thousand years ago.

During what was supposed to be a routine investigation in South America, NUMA Director Dirk Pitt finds himself embroiled in an international mystery, one that will lead him across the world and which will threaten everyone and everything he knows–most importantly, his own family.

Pitt travels to Scotland in search of answers about the spread of an unknown disease and the shadowy bioremediation company that may be behind it. Meanwhile, his son and daughter face a threat of their own when the discoveries they have made in an Egyptian tomb put killers on their trail. These seemingly unrelated riddles come together in a stunning showdown on the rocky isles of Ireland, where only the Pitts can unravel the secrets of an ancient enigma that could change the very future of mankind. Three missing women. Two impossible cases. One determined detective.
When three teachers disappear without a trace, Sergeant Lindsay Boxer takes the lead in the investigation. But with no clues and no suspects, the odds of finding the women alive are getting slimmer by the second.

Under pressure at work, Lindsay needs support at home.

But her husband Joe is drawn into an encounter with a woman who’s seen a ghost – a notorious war criminal from her Eastern European home country, walking the streets of San Francisco.

It will take the combined skills of Lindsay, Joe and the entire Women’s Murder Club to protect their city, and themselves, from a monster. In Lancashire, 1934, when Tam Crawford is unexpectedly bequeathed some money, he can finally realise his dream of settling down in the beautiful village of Ellindale.

Tam knows he can be impulsive – his nickname isn’t Crazy Tam for nothing! – but this time he is determined not to be ruled by his big heart and hot head. Yet somehow, within just one day, he has taken on a fiancée and two children to keep them out of the poorhouse – or worse.

Despite their unconventional start, as Tam and his new family get to know and love each other, they come to realise that his act of charity is the best thing that could have happened to all of them. But there are still problems and they struggle to find somewhere to live.

Tam and his makeshift family are not the only ones facing difficulties. Local benefactor Finn Carlisle’s attempts to help the unemployed are being sabotaged by an unscrupulous local councillor, and Tam’s cousin-by-marriage Hilda Kerkham has been widowed and is struggling even to feed her son.

Will the people of Ellindale be able to help one another in these hard times? When her husband Tony was diagnosed with Alzheimer’s in 2004, Steph Booth had to say goodbye to life as she knew it. The disease encroached into their lives, taking away Tony day by day.

Borne out of her much-loved Irish Times column, Married to Alzheimer’s is a poignant account of a life and love torn apart by dementia and a bond that was unshakeable. Tony was never a conformist. An actor, rebel, raconteur. The frustration, the grief, the laughter, the anger, the joy meant life with him was anything but ordinary. When Frank Peter’s wife Maureen dies, he feels that his once-peaceful life on the Yorkshire Moors is over. And with a daughter emigrating to Australia and a son who has his own marital problems, Frank feels resigned to a life of loneliness.

Then one night he finds a frightened young woman hiding at the back of his farmhouse. She explains that her name is Irena and was brought to this country by a man who promised her the world and then forced her into prostitution.

Frank offers her a bed for the night but it’s the middle of winter, and when heavy snowfall prevents her from leaving the next day, he’s forced to extend the invitation. But the longer Irena stays, the easier it gets for the men she’s trying to escape from to find her.

People-trafficking could just be the tip of the iceberg, and Frank has no idea what these people are really capable of. When Dottie’s husband Reg receives a mysterious letter through the post, Dottie has no idea this letter will change her life forever.

Traumatised by his experiences fighting in World War II, Reg isn’t the same man that Dottie remembers when he is demobbed and returns home to their cottage in Worthing. Once caring and considerate, Reg has become violent and cruel. Dottie just wants her marriage to work but nothing she does seems to work.

The letter informs Reg that he is the father of a child born out of a dalliance during the war. The child has been orphaned and sole care of the young girl has now fallen to him. He seems delighted but Dottie struggles with the idea of bringing up another woman’s child, especially as she and Reg are further away than ever from having one of their own.

However, when eight-year-old Patsy arrives a whole can of worms is opened and it becomes clear that Reg has been very economical with the truth. But can Dottie get to the bottom of the things before Reg goes too far?

Find out how to join a library