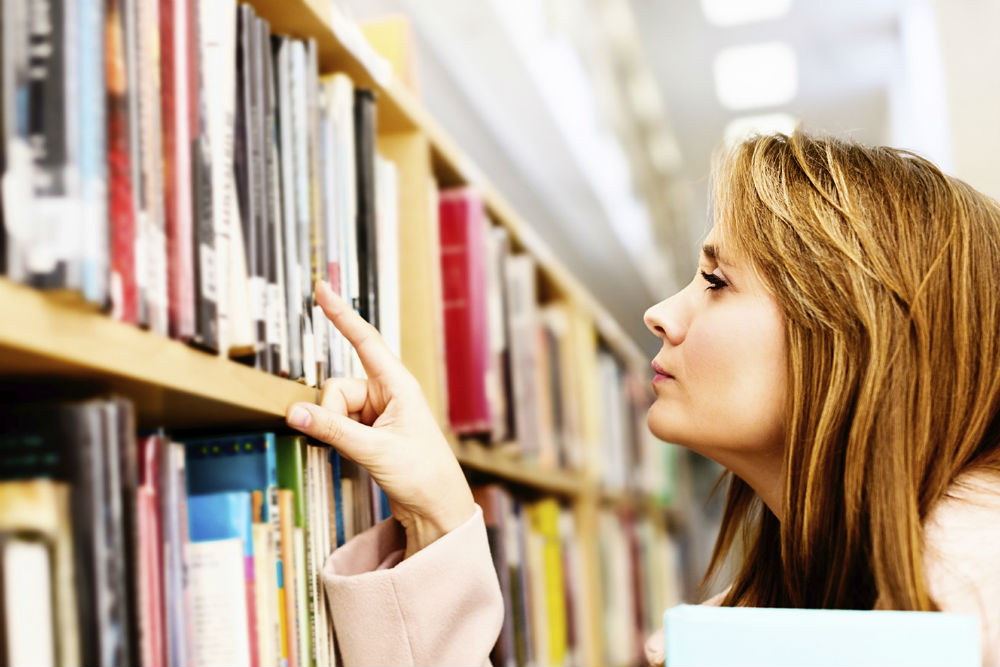 Find out what new books you can take out of Knowsley’s libraries this month. Did you know if you are a library customer in any of the Liverpool City Region local authorities you can use the libraries in every area? Find out more. 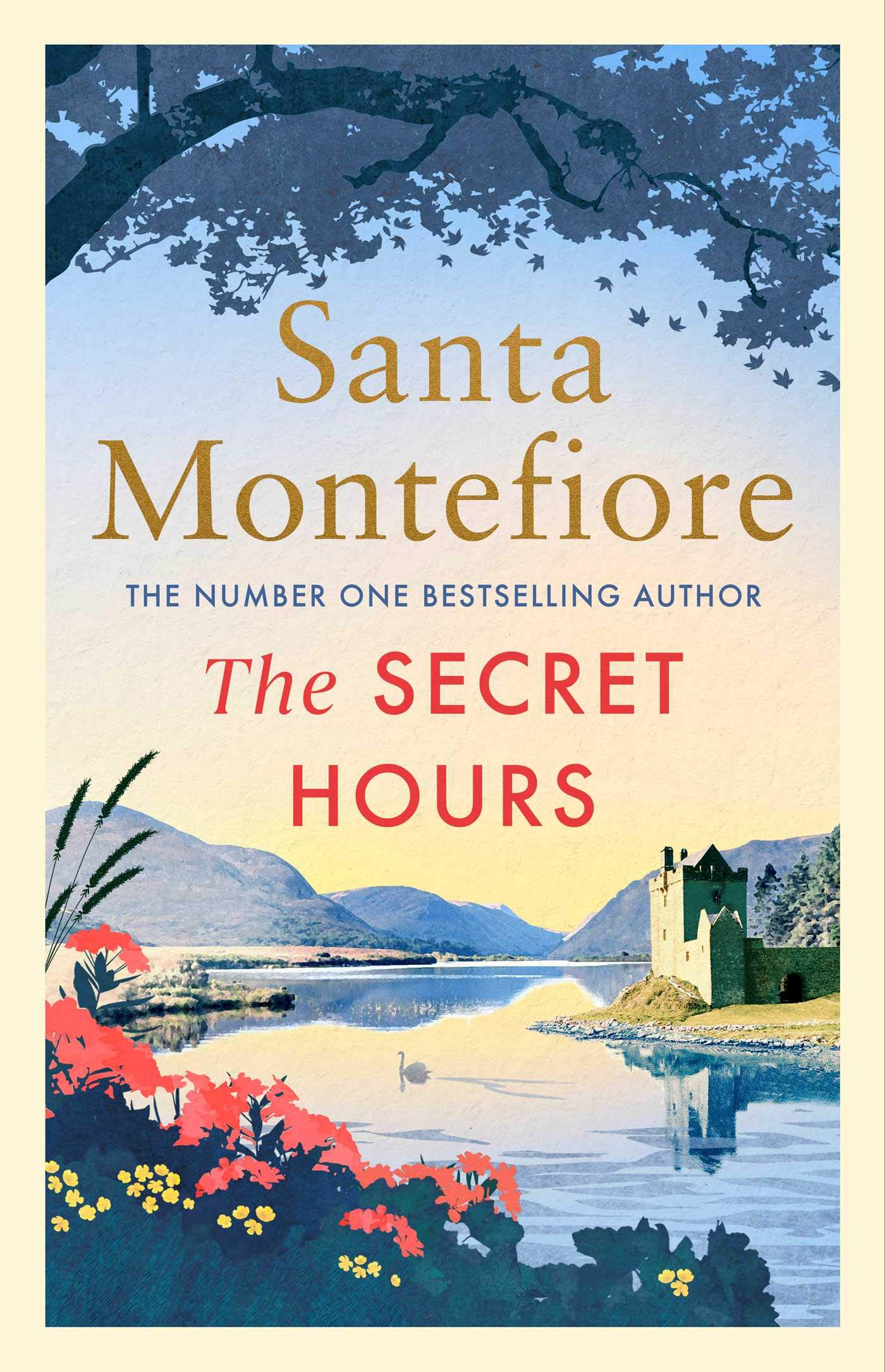 Arethusa Clayton has always been formidable and used to getting her own way.  On her death, she leaves unexpected instructions. Instead of being buried in America, on the wealthy East Coast where she and her late husband raised their two children, Arethusa wants her ashes to be scattered in a remote corner of Ireland.

All  Arethusa ever told Faye was that she grew up in a poor farming family and left Ireland, alone, to start a new life in America as did so many in those times of hardship and famine. But who were her family in Ireland and where are they now? What was the real reason that she turned away from them? And who is the mysterious benefactor of a significant share of Arethusa’s estate?

Arethusa is gone. There is no one left to tell her story. Leaving her own husband and children behind, Faye travels to the picturesque village of Ballinakelly, determined to fulfil her mother’s last wish and to find out the reason for Arethusa’s insistence on being laid to rest in this faraway land. 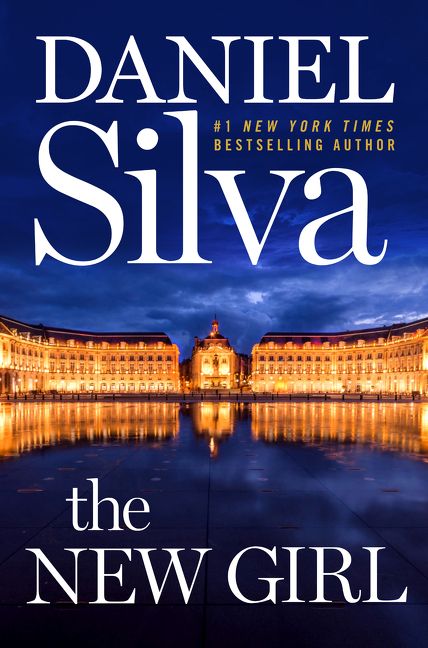 She was covered from head to toe in expensive wool and plaid, the sort of stuff one saw at the Burberry boutique in Harrods. She carried a leather bookbag rather than a nylon backpack. Her patent leather ballet slippers were glossy and bright. She was proper, the new girl, modest. But there was something else about her…

At an exclusive private school in Switzerland, mystery surrounds the identity of the beautiful raven-haired girl. She is said to be the daughter of a wealthy international businessman. In truth, her father is Khalid bin Mohammed, the much-maligned crown prince of Saudi Arabia. Once celebrated for his daring social and religious reforms, he is now hated for his role in the murder of a dissident journalist. And when his only child is brutally kidnapped, he turns to the one man he can trust to find her before it is too late. 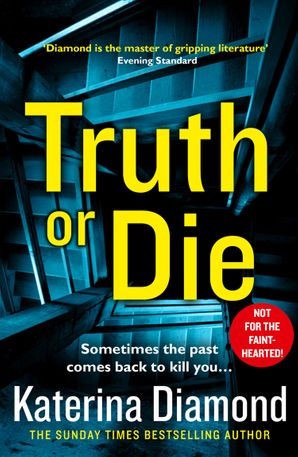 The butchered body of a professor is found in a private office of Exeter University. It is the first in a spate of horrific murders that shakes the city to its core.

Who would target a seemingly innocent man, and why? DS Imogen Grey and DS Adrian Miles turn to his students for answers, but their investigation turns up no leads. Someone must know more than they’re letting on…

As the body count rises, the police have to look into the past to uncover the person responsible before it’s too late.

But are they brave enough to face up to the truth?

Shari Lapena – Someone we Know 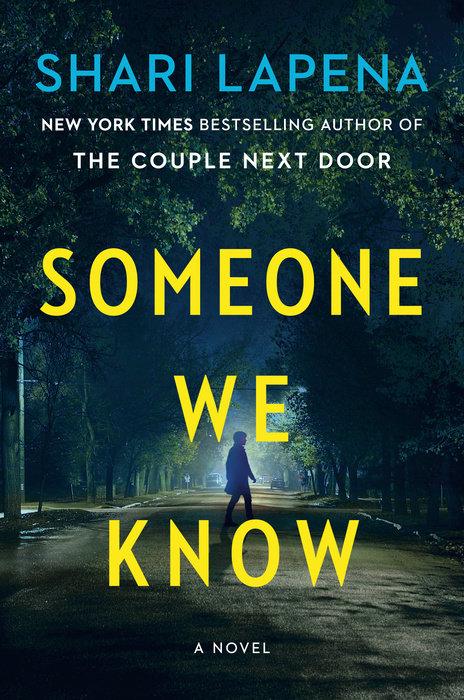 In a tranquil, leafy suburb of ordinary streets – one where everyone is polite and friendly – an anonymous note has been left at some of the houses.

‘I’m so sorry. My son has been getting into people’s houses. He’s broken into yours.’

Who is this boy, and what might he have uncovered? As whispers start to circulate, suspicion mounts.

And when a missing local woman is found murdered, the tension reaches breaking point. Who killed her? Who knows more than they’re telling? And how far will all these very nice people go to protect their secrets? 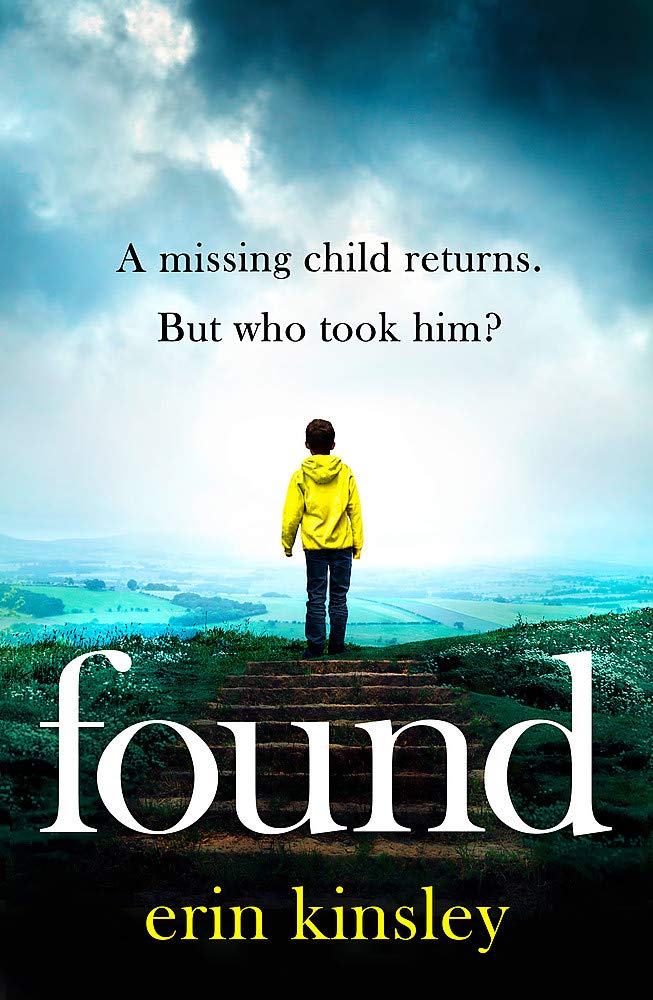 When 11-year-old Evan vanishes without trace, his parents are plunged into their worst nightmare. Especially as the police, under massive pressure, have no answers.

But months later Evan is unexpectedly found, frightened and refusing to speak. His loving family realise life will never be the same again.

DI Naylor knows that unless those who took Evan are caught, other children are in danger. And with Evan silent, she must race against time to find those responsible… 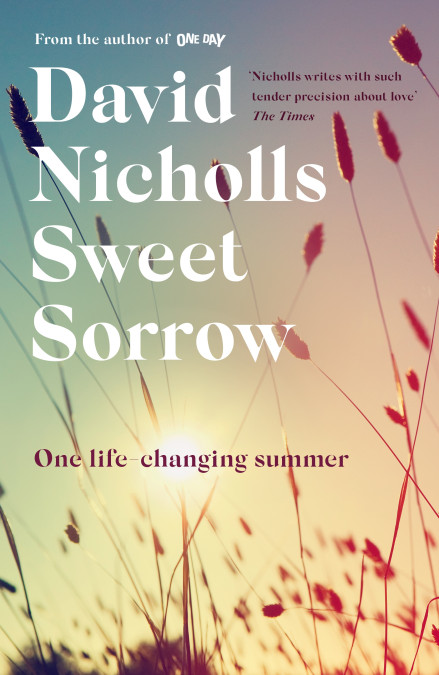 In 1997, Charlie Lewis is the kind of boy you don’t remember in the school photograph. His exams have not gone well. At home he is looking after his father, when surely it should be the other way round, and if he thinks about the future at all, it is with a kind of dread.

Then Fran Fisher bursts into his life and despite himself, Charlie begins to hope.

But if Charlie wants to be with Fran, he must take on a challenge that could lose him the respect of his friends and require him to become a different person. He must join the Company. And if the Company sounds like a cult, the truth is even more appalling.

The price of hope, it seems, is Shakespeare. It’s 1949. When war veteran Aloysius Archer is released from Carderock Prison, he is sent to Poca City on parole with a short list of do‘s and a much longer list of don’ts: do report regularly to his parole officer, don’t go to bars, certainly don’t drink alcohol, do get a job–and don’t ever associate with loose women.

The small town quickly proves more complicated and dangerous than Archer’s years serving in the war or his time in jail. Within a single night, his search for gainful employment–and a stiff drink–leads him to a local bar, where he is hired for what seems like a simple job: to collect a debt owed to a powerful local businessman, Hank Pittleman.

Soon Archer discovers that recovering the debt won’t be so easy. The indebted man has a furious grudge against Hank and refuses to pay; Hank’s clever mistress has her own designs on Archer; and both Hank and Archer’s stern parole officer, Miss Crabtree, are keeping a sharp eye on him.

When a murder takes place right under Archer’s nose, police suspicions rise against the ex-convict, and Archer realizes that the crime could send him right back to prison…if he doesn’t use every skill in his arsenal to track down the real killer. 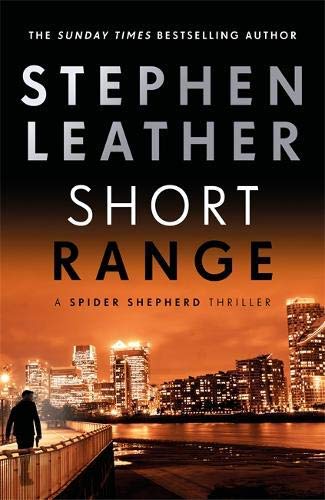 Dan ‘Spider’ Shepherd’s career path – soldier, policeman, MI5 officer – has always put a strain on his family. So he is far from happy to learn that MI5 is using teenagers as informants. Parents are being kept in the dark and Shepherd fears that the children are being exploited.

As an undercover specialist, Shepherd is tasked with protecting a 15-year-old schoolboy who is being used to gather evidence against violent drug dealers and a right-wing terrorist group. But when the boy’s life is threatened, Shepherd has no choice but to step in and take the heat.

And while Shepherd’s problems mount up at work, he has even greater problems closer to home. His son Liam has fallen foul of the Serbian Mafia and if Shepherd doesn’t intervene, Liam will die. 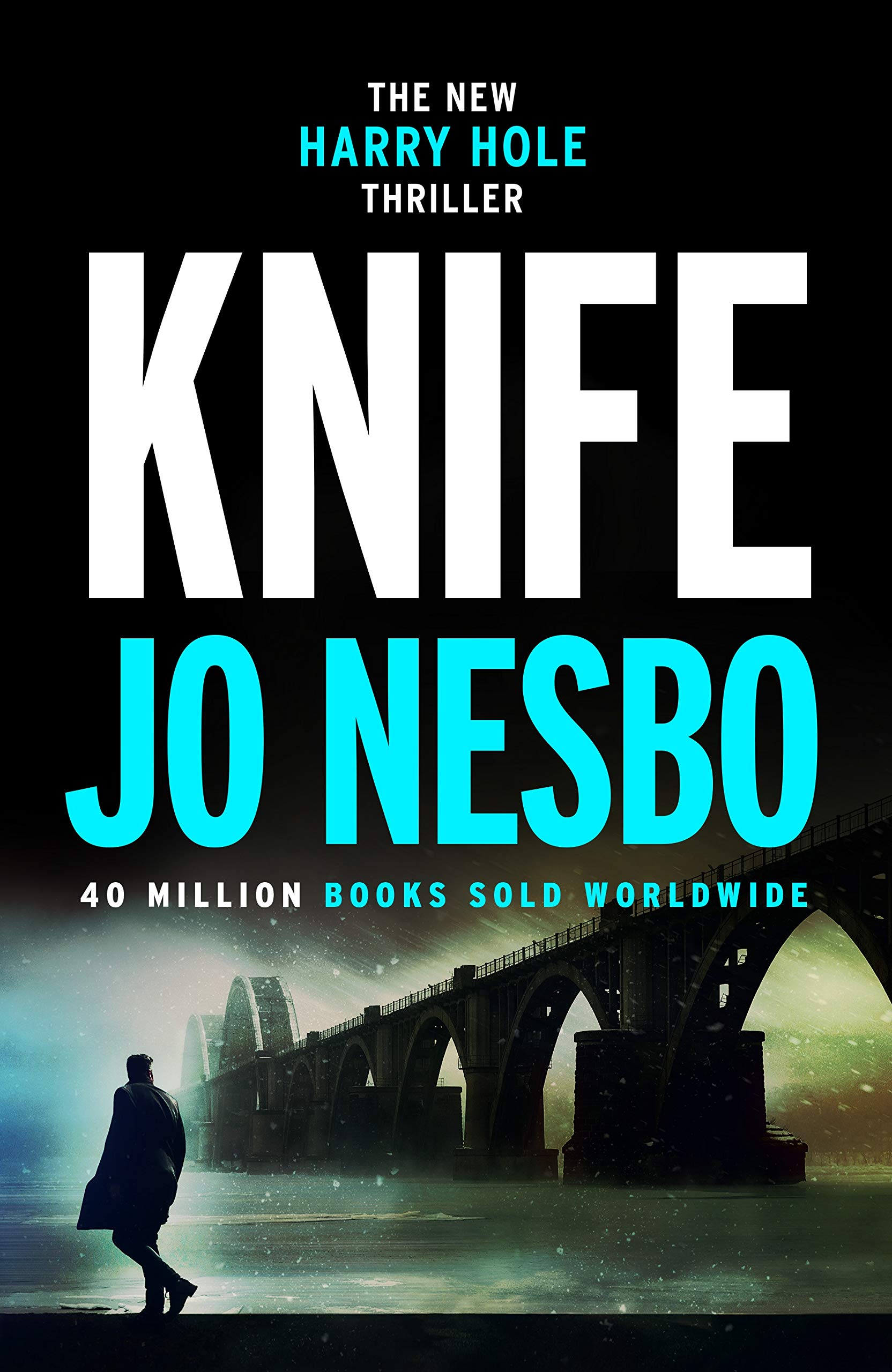 Following the dramatic conclusion of number one bestseller The Thirst, Knife sees Harry Hole waking up with a ferocious hangover, his hands and clothes covered in blood.

Not only is Harry about to come face to face with an old, deadly foe, but with his darkest personal challenge yet.