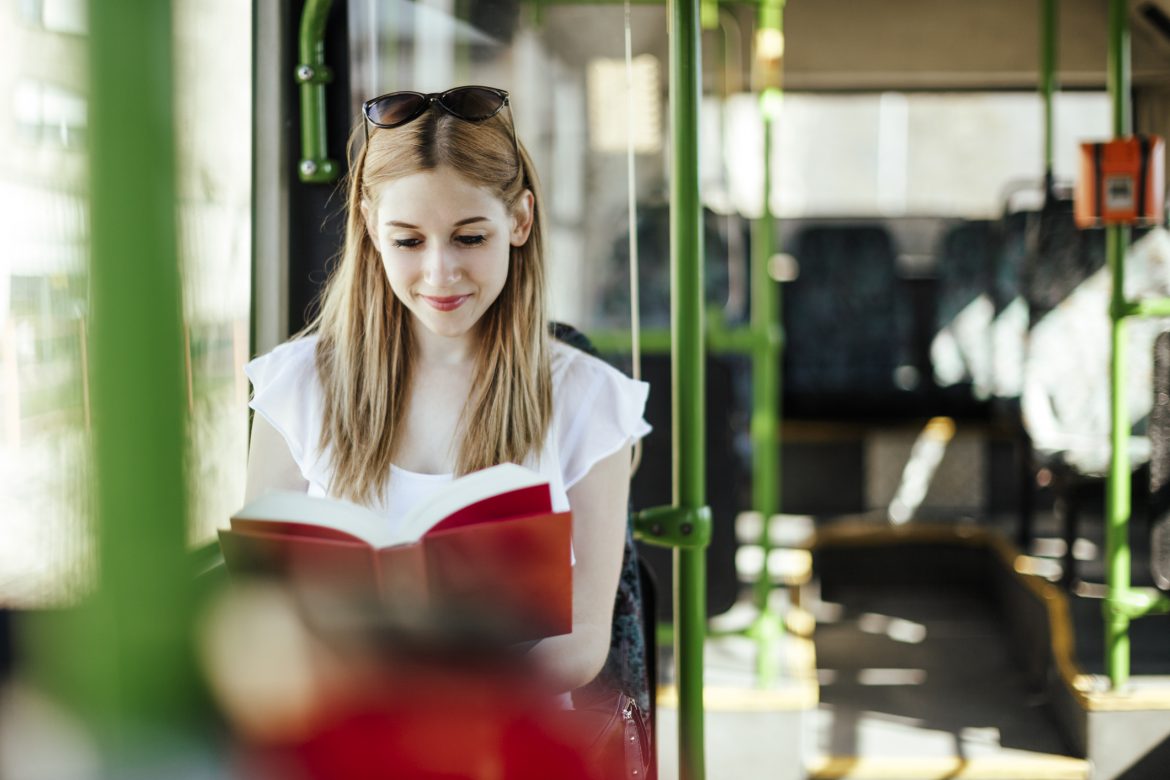 It’s a brand new year and Knowsley’s libraries have a collection of brand new books for you to get stuck into.

If your resolution is to reduce your screen time and pick up a book more, our roundup of brilliant new titles available in your local library may encourage you! For Rainey, music has been a big comfort during the upheaval of starting a new life with her mother, away from her abusive dad. Bea finds a confidence when she sings that she cannot get from anything else. Ivy sees it as her best chance of making a life away from Gosport and a dead-end job.

The three of them sing in a choir run by the strict but kind Mrs Wilkes. The choir provides a couple of hours of stardust each week, away from school and work and family worries.

However, when war breaks out, dreams must be put on hold. It seems that local pantomimes and charity shows are as far as the girls will be able to go, despite Mrs Wilkes’s faith in their talent. That is, until a mysterious stranger arrives with a proposition that just might change their lives… With a mind sharper than a razor blade it was only a matter of time before Ruby Darke fought her way to the top. From humble beginnings, she became the queen of London’s retail – but she didn’t get there by obeying the law…

Now with her son Kit and daughter Daisy finally by her side, she’s ready to start a new chapter in her life but unknown to all of them, enemies are circling.

There aren’t many who threaten Ruby Darke and live to tell the tale. But this time, she may just have met her match. It is the early 1920s and the Maitland family are still coming to terms with the aftermath of the Great War. After her brave work as an ambulance driver and nurse close to the Front, Pips is restless and without purpose. Determined to enjoy life after the years of misery, and to help her forget a broken love affair, she seeks excitement in the London parties and balls of the Roaring Twenties.

No family or community escaped the ravages of this war, and Pips knows her own has its share of troubles. Her brother, Robert, returned injured and is now battling demons of his own. Struggling to find a purpose in life, he is convinced his career as a doctor is over. It is Pips’s young niece, Daisy who brings them joy and hope for the future.

But when faces from the past reappear, Pips is posed with a dilemma. Can she ever trust a man’s promises and allow herself to love again? Four San Francisco trauma doctors – the best and brightest in their field – confront exciting and exacting new challenges, both personally and professionally, when given a rare opportunity.

Bill Browning heads the trauma unit at San Francisco’s busiest emergency room. With his ex-wife and daughters in London, he immerses himself in his work and lives for the little time he can spend with his children. A rising star at her teaching hospital, Stephanie Lawrence has two young sons, a frustrated stay-at-home husband, and not enough time for any of them. Harvard-educated Wendy Jones is a dedicated trauma doctor, trapped in a dead-end relationship with a married cardiac surgeon. Tom Wylie’s popularity with women rivals the superb medical skills he employs at his medical centre, but he refuses to let anyone get too close and is determined to remain unattached forever.

These exceptional doctors are chosen for an honour and a unique project: to work with their counterparts in Paris in a mass-casualty training programme.

When an unspeakable act of mass violence galvanizes them into action, their temporary life in Paris becomes a stark turning point: a time to make harder choices than they have ever faced before – with consequences that will last a lifetime. Liverpool, 1940: there comes a moment in every child’s life when they must learn to stand on their own two feet.
For 15-year-old Ellie Lancton, that time has come all too soon. The death of her mother and the increase in air raids leaves Ellie alone and in grave danger. It’s not long before she is forced to leave her beloved Liverpool behind and cross the Mersey to seek refuge in the countryside.

But as the war takes comforts away, it also bring new opportunities for work, new friendships, and perhaps a little love…
It will take all of Ellie’s courage to find her way without her mother’s guidance but if Ellie can soldier on with grace and dignity, there might just be light at the end of the tunnel. Friendships forged in the heat of combat can be stronger than anything.

So when SAS trooper Matt Standing is told that the former Navy SEAL who saved his life is in trouble, he doesn’t hesitate to go to his aid – even if that means flying half way around the world to Los Angeles.

Navy SEAL-turned-bodyguard Bobby-Ray Barnes has been accused of killing the man he was supposed to be protecting. Three other bodyguards were also killed and now Bobby-Ray is on the run.

The dead client was a Russian ruler with connections to the Kremlin. But who wanted him dead? And if Bobby-Ray wasn’t the killer, who carried out the assassination and why is Bobby-Ray being framed? Standing is the only man who can answer those questions – providing he can stay alive long enough.

Lucy Diamond – Something to tell you When Frankie stumbles upon an unopened letter from her late mother, she’s delighted to have one last message from her…until she reads the contents and discovers the truth about her birth. Full of questions, she travels to York to seek further answers from the Mortimer family, but her appearance sends shockwaves through them all.

Meanwhile, Robyn Mortimer has problems of her own; her husband John has become distant, and a chance remark from a friend leads Robyn to wonder exactly what he’s not been saying.

As for Bunny, she fell head over heels in love with Dave Mortimer when she first arrived in town but now it seems her past is catching up with her. She can’t help wondering if he’ll still feel the same way about her if he discovers who she really is – and what she did.

Peter May – The Man with no Face A REPORTER WITH NO FEAR

In 1979, Jaded Edinburgh journalist Neil Bannerman is sent to Europe with intent on digging up dirt. Yet it is danger he discovers, when two British men are found murdered.

A CHILD WITH NO FATHER

One victim is a journalist, the other a Cabinet Minister and the double-assassination is witnessed by the former’s autistic daughter. This girl recalls every detail about her father’s killer – except for one.

THE MAN WITH NO FACE

With those around him rocked by the tragedy, Bannerman is compelled to follow his instincts. He is now fighting to expose a murderous conspiracy, protect a helpless child, and unmask a remorseless killer. Young Maisie Halliday has escaped the grinding poverty of the northern town where she was born to live in the glittering world of professional dancing.

At the outbreak of the Second World War, she volunteers as an ambulance driver, finding joy both in helping the wounded during the Blitz and also in her friends among the other drivers in the Bloomsbury Auxiliary Ambulance Depot.
Maisie is at the Cafe de Paris nightclub when it is bombed. In the chaos, she attempts to help an injured man, and by this charitable act she becomes mixed up in what may well be a murder.

A series of incidents, all connected to a handsome, arrogant American, throw Maisie’s life into a dangerous spin. Is anything what it seems in wartime? With one serious misjudgement, Maisie risks losing everything she holds dear…