A new colourful mosaic has been unveiled in Prescot town centre. Situated on the corner of Eccleston Street and Aspinall Street, the tile mosaic celebrates Prescot’s diverse heritage and incorporates historic photos of the town.

The artwork was created by artists Bernadette Hughes and Susan Whittle with input from local residents and schools on the design and content of the mosaic. It even includes a roof tile from number 44 Eccleston Street and cogs to represent the town’s watch making history.

The mosaic is the first in a planned series of public artworks in and around Prescot Town Centre as part of the town’s Art in Public Places Strategy.

It also acknowledges the contribution made by the Prescot Townscape Heritage Initiative (THI) to the repair and restoration of 54 and 56 Eccleston Street with the support of the Heritage Lottery Fund.

“It’s wonderful to see the completed mosaic. The Prescot THI is really changing the look of the town centre and the addition of artwork like this really brings the area to life and complements the historical restoration work.”

Bernadette and Susan held workshops and sessions in local schools and were based in Prescot Shopping Centre for 4 months, during that time they had lots of visitors.

“We heard stories about the town’s history, people brought in pictures and objects to be incorporated into the mosaic and about 150 actually created the final artwork by putting tiles in place. It was lovely that so many people got involved and to now see the final piece in place for people to enjoy.”

54 and 56 Eccleston Street date from the 1870s at the corner of Aspinall Street which was created as a new road connecting the town centre to the town’s new railway station. The restoration of the shopfronts on the building is based on photographs of the building from the 1890s and early 1900s.

Cllr Morgan, Bernadette Hughes and children from St Mary and St Paul’s Primary School in Prescot, take a look at the mosaic. The children were involved in creating the art and even got to put some of the tiles in place. 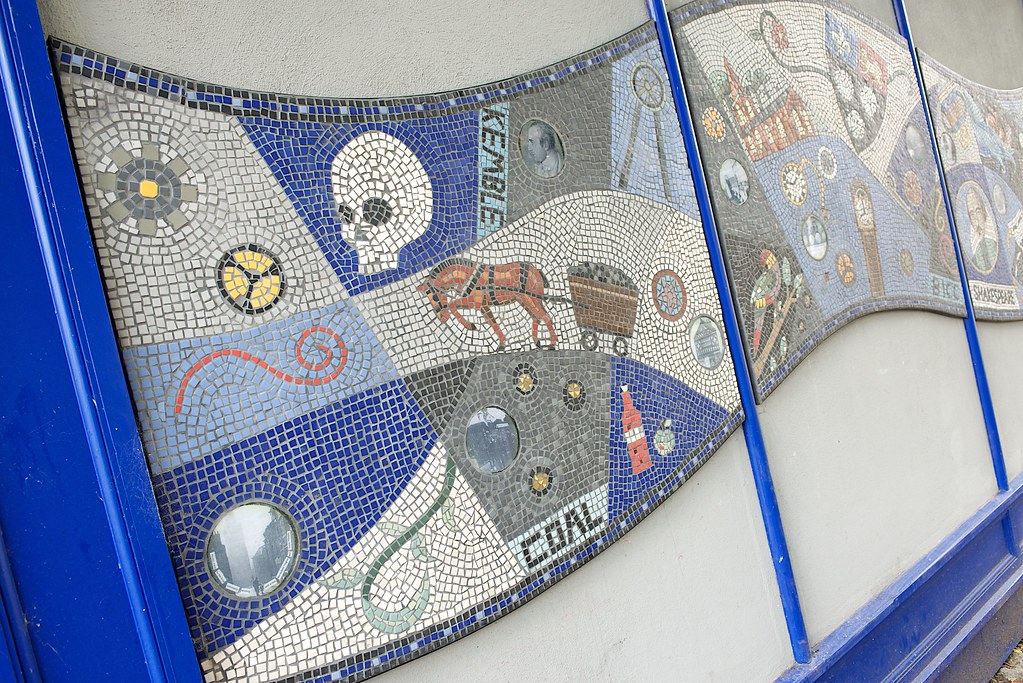 Fundamental investment and achievements are being delivered in Knowsley