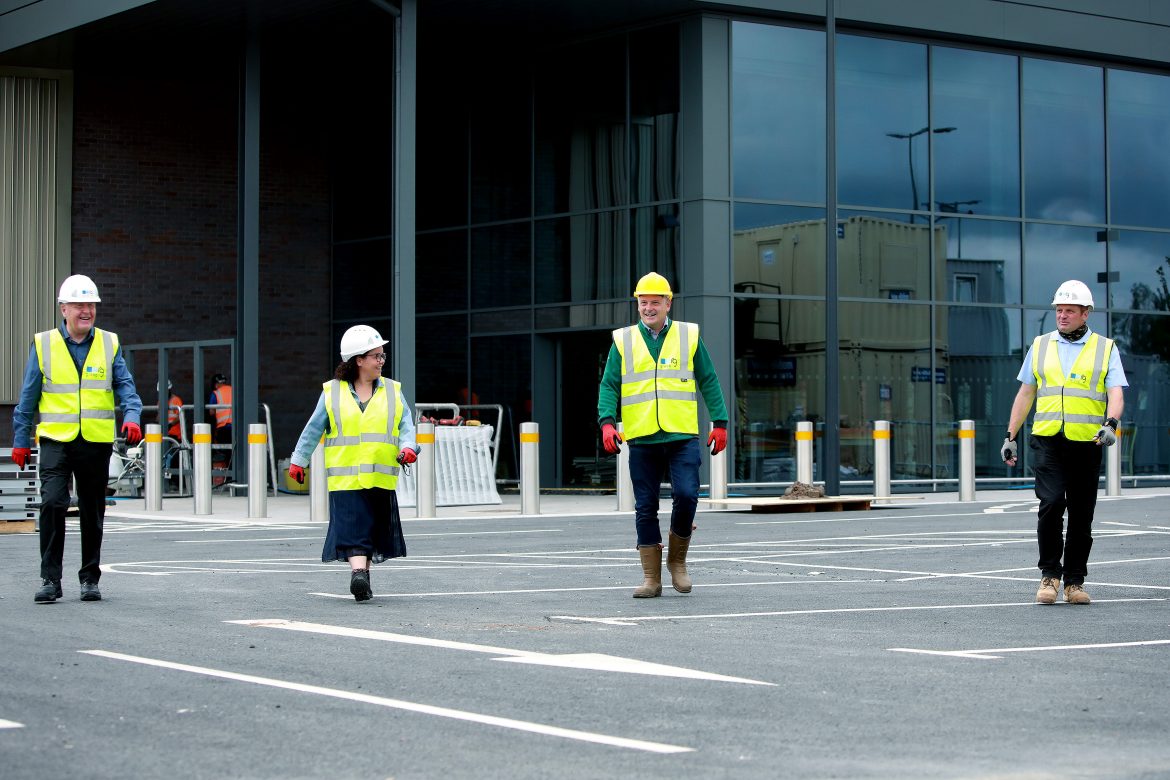 Morrisons has started work on the fitout of its new store in Kirkby which is due to open later this year.

On Friday 9 July, Cllr Tony Brennan and Cllr Louise Harbour were invited to a viewing of the store by James Smith, Morrisons Senior Development Manager.  Over the next few months, Morrisons will be transforming the building into a state of the art store with skilled foodmaking at the heart of it and plenty of popular and useful services.

The 47,100 sq ft store will feature Morrisons famous Market Street counters as well as a host of services to help customers shop for groceries both in store and from home.

James Smith, Senior Development Manager at Morrisons, said: “We know the residents of Kirkby are eagerly anticipating the opening of this store and we’re pleased to be on site.  It is just an empty shell at the moment so there is a lot to do but work is underway and we plan to open our doors this autumn.  We look forward to meeting and serving the community later this year.”

Councillor Tony Brennan, Knowsley Council’s Regeneration and Economic Development Cabinet Member, added: “It was fantastic to see the scale of the new supermarket and the plans for the layout of the store. As a Kirkby resident myself, I know that this really will be a welcome addition to the town centre and I look forward to visiting the store when it opens over the coming months.”

Councillor Louise Harbour, local Ward Councillor and Deputy Leader of Knowsley Council, said: “The new Morrisons will create job opportunities for local people as well as a boost to our economy. We have made great progress in such a short space of time and I’m really excited for the store to open its doors.”

Morrisons has now started recruiting for colleagues to join its team in Kirkby and interviews will kick off this summer.  Some vacancies are now live on Morrisons.com/jobs and new roles will continue to be added over the coming weeks.  The Morrisons Recruitment Hub will also be opening at Unit, 3 St Chad’s Dr, Kirkby, L32 8RD shortly and the team will be on hand to answer any questions and carry out all interviews.