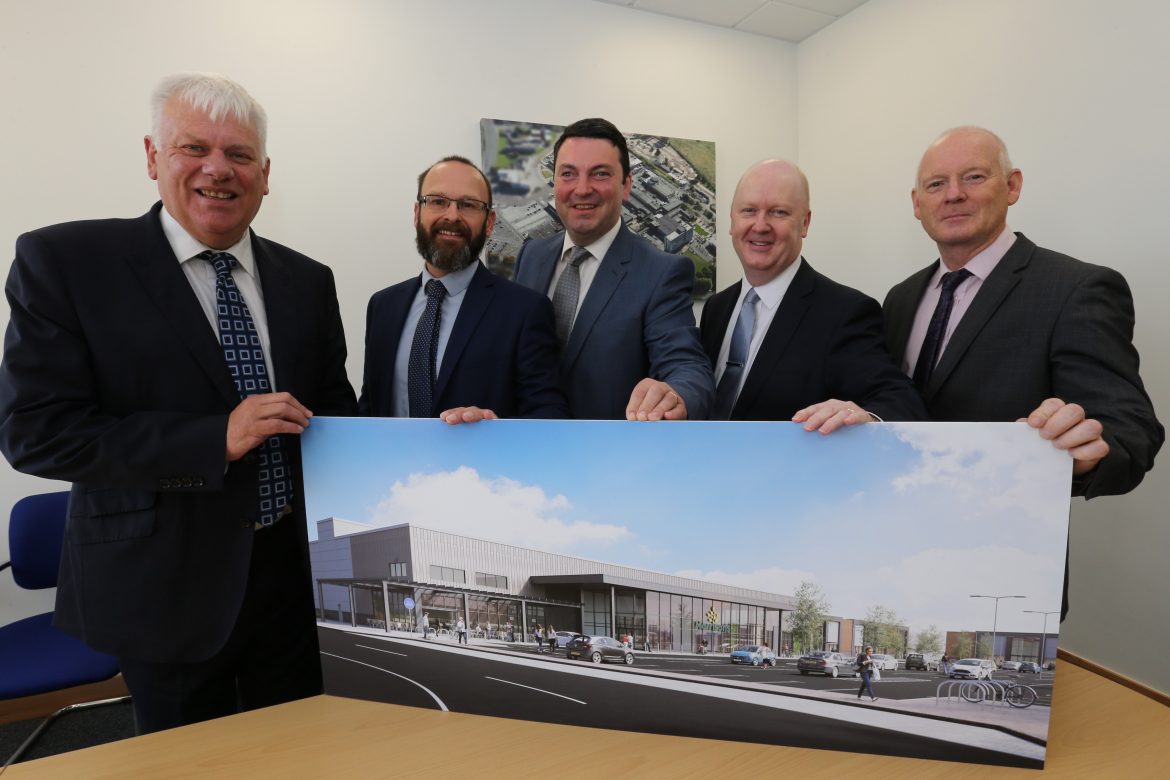 St. Modwen, owner, developer and asset manager of Kirkby town centre, this week confirmed that Morrisons has committed to anchor its new 130,000 sq ft retail development in the town, which is due to open in 2019.

A revised planning application will now be submitted to Knowsley Council to update the existing proposals to reflect the specific requirements of Morrisons. St. Modwen has been working closely with the supermarket to finalise the design of the new store.

The new supermarket will create around 200 jobs and will feature the retailer’s popular Market Street where customers can watch the store’s expert food makers, including butchers, fishmongers and bakers, prepare fresh food each day.

A 450-space car park will be provided for shoppers in front of the store and the other large new retail units.

“After months of speculation, we are now in the position to confirm that Morrisons will be the anchor supermarket in Kirkby. This is excellent news. Local people have been calling out for a new supermarket in the town centre for many years.

“Morrisons will enhance the range of shopping available in Kirkby and meets the needs of local people. It will boost the local economy, creating new jobs during construction and in the supermarket when it opens, as well as bringing more shoppers and other local businesses to the town.”

“We’re really pleased to be involved with this important development for Kirkby and will work closely with Knowsley Council and St. Modwen to deliver the new store. This is the first step in the planning process and we look forward to creating hundreds of local jobs and serving the Kirkby community.”

Morrisons forms part of the new retail development, which is an extension of the existing town centre. With an anchor confirmed, St. Modwen will now commence talks with other national retailers interested in occupying the other new shops being created.

“This announcement is really fantastic news for Kirkby and for our residents. We have been working hard with St. Modwen to bring forward these ambitious plans to transform Kirkby town centre into a destination for high quality shopping and leisure.

“Securing Morrisons, one of the country’s leading supermarkets, to anchor the new retail development is a great boost to the town centre and I’m sure it will encourage other leading retailers to come here as well. I know that our residents have been eagerly awaiting this announcement and I’m sure they can’t wait to see the new store open.”

The redevelopment will complement the existing town centre shops and will include improved pedestrian links, car parking, new public realm and landscaping. St. Modwen has also signed an agreement with Reel Cinemas who are set to replace the former library on Newtown Gardens as part of a new leisure scheme.

Work is now underway to demolish 150,000 sq ft of derelict buildings, including the former ‘In Shops’ market, Gala Bingo hall and the site of the former Asda. The cleared site will make way for the new Morrisons supermarket, large shop units, a pedestrian walkway that will link the existing town centre with the new development and additional car parking.

Land south of Cherryfield Drive facing onto Newtown Gardens would be used as a temporary car park during construction.

Subject to the determination of the planning application, construction work should commence early next year with completion scheduled for 2019.

Ever wanted to know more about fostering?