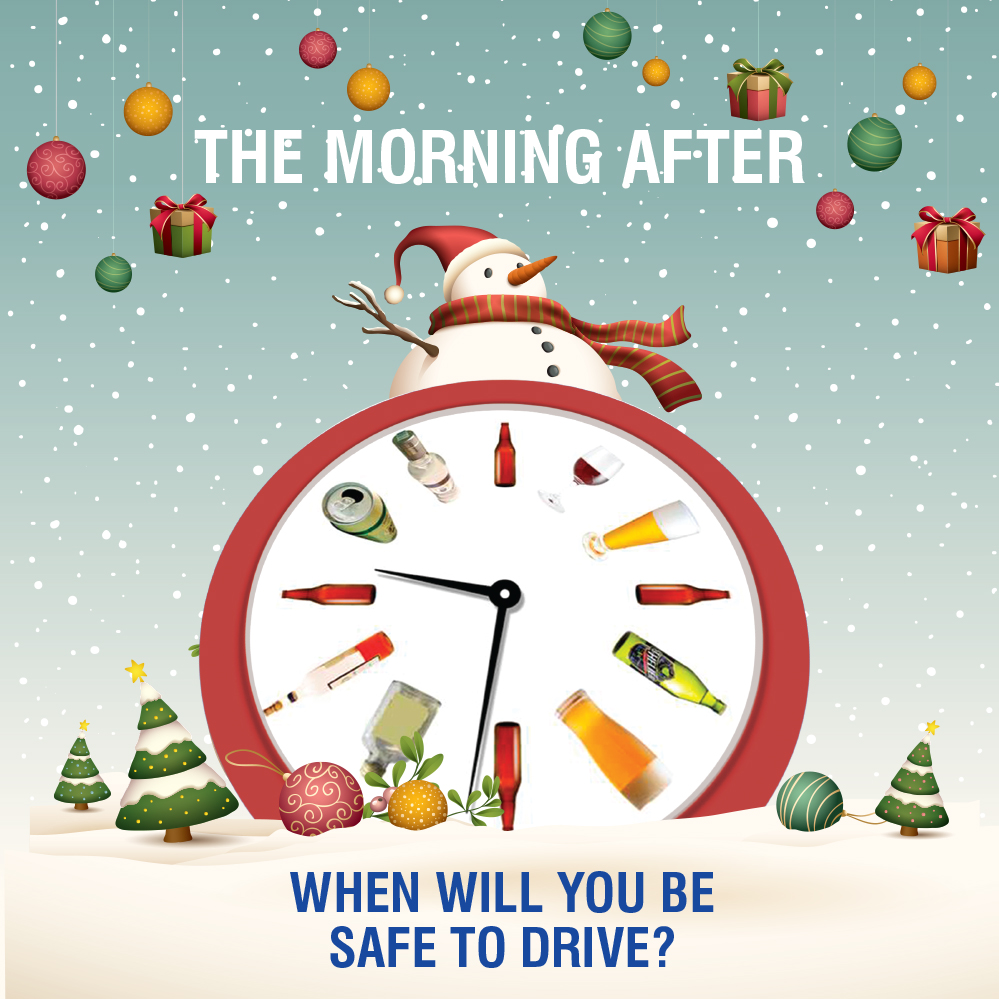 Drink driving and the ‘morning after’

During the festive season, drivers are being reminded of the risk of driving the morning after drinking alcohol.

Due to the restrictions in place this year, people may choose to stay at home to celebrate, rather than go out to bars and restaurants.

If people are drinking at home, they tend to be more relaxed with measures, which means that they may consume more alcohol than they actually realise and may find it difficult to keep track of how many units of alcohol they have consumed.

It takes a lot longer than most people think for alcohol to pass through the body. On average, it takes around one hour per unit of alcohol, but this can vary depending on a number of factors.

Because of this, there is a real risk that people who never deliberately drink and drive could still be over the limit, or unfit to drive, the ‘morning after’.

Data from the Government’s THINK! Campaign, published in December 2015, revealed that in 2013 an estimated 740 reported drink drive collisions took place in the morning and around 5,500 people fail breath tests between 6am and midday every year. This includes people going about everyday activities such as driving to work, to the shops or doing the school run.

The Morning After campaign, which has been running for several years aims to educate people about the length of time it takes for alcohol to pass through the body. It is designed to help normally responsible people avoid the risk of a drink drive conviction, or worse, by driving while they are over the legal limit or impaired by alcohol.

“This is a really important message that our Road Safety team promote throughout the year, but at Christmas time, when people are likely to drink more alcohol, it’s really important to remind people of the risks of driving the morning after.

This year especially, when more people are likely to be drinking at home, we want to highlight to people that if they do drive the next morning, whether it is planned or an emergency, there is a real chance that they could still be over the drink drive limit or unfit to drive.”

Alcohol affects your ability to drive

Any amount of alcohol affects your ability to drive safely, even if you are under the legal drink drive limit you may still be unfit to drive. The best advice is not to drink anything if you are driving and don’t drink heavily if you have to drive the following day.

You can visit morning–after.org.uk or download the app for more information.

You can also view the Road Safety ‘Morning After’ flyer.