Most recent
How you can help us feed our most...
Safety advice for victim/survivors of domestic abuse
An INCREDIBLE gift to the community
Home Knowsley Council Mobile tech transforms children’s social work

Mobile technology is making it quicker and easier for social workers in Knowsley to get their jobs done.

Recently, Knowsley became one of the first local authorities in the region to issue its children’s social workers with tablets and smartphones, giving them access to all the information they need whilst they are out and about and freeing up their time to support families and young people in our communities.

Forms and records can be completed by the social worker quickly and easily whilst out on a home visit – cutting down on their workload by removing the need to spend hours typing up notes and completing paperwork back in the office.

It also means that social workers can have access to all the files and records they need at their fingertips – without the need to carry folders and folders of case notes and forms that may need to be filled in.

The devices have also been an invaluable way for social workers to interact with children and ensure their views are captured. Specially designed apps and programmes for young people allow them to record their thoughts and feelings directly onto the tablet – something many of them love to do.

Social worker Anna Travis explains: “We have different apps and programmes for different ages, but the one thing that is fairly universal is that children and young people enjoy using the tablets and are comfortable to do so. In some cases it has meant that we get more information from them about how they are feeling and what their wishes are than we would have done before.”

Now that they have been given the technology, the social workers can’t imagine life before it, says Anna.

“Having the tablet and the smartphone has been a massive help in carrying out my role.

“It’s the simple things like being able to pick up urgent emails before I even leave for work. If there’s something that needs my attention immediately I can go straight to that family without having to call into the office first to check my emails. It means nothing is missed,” says Anna.

“When we go into meetings now with colleagues from other local authorities who don’t yet have the technology that we do, they always agree that they wish they had the same and I tell them I can’t imagine going back to the way we used to do things!”

And now this use of mobile technology in children’s social care in Knowsley has been recognised as Best Practice by both the Northwest Sector Led Improvement Group as well as the Independent Chair of the Improvement Board Malcolm Newsam as being best practice too. As a result, Knowsley has been hosting workshops for social work colleagues across the region to show them the benefits that technology can bring. 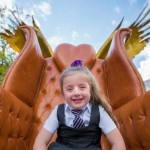 Have you taken your #Kirkbythrones selfie yet? 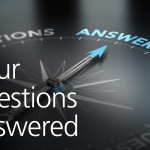 “My bin wasn’t collected – what should I do?”