A proposal to increase the precept payable for policing in Merseyside was “reluctantly” endorsed by the Merseyside Police and Crime Panel at their meeting on Tuesday, February 6.

The panel, which is made up of councillors from all Merseyside local authorities, has a statutory obligation to review the Commissioner’s Police Precept Proposal each year.

Having considered the evidence presented by the Commissioner, the Deputy Chief Constable and their support staff, the Panel reluctantly agreed unanimously to endorse the Commissioner’s proposal for a 7.23% increase in the precept. However, in doing so, the Panel asked that a number of recommendations/ comments be placed on record and brought to the Commissioner’s attention.

“We endorsed this rise extremely reluctantly, because we recognise that the only alternative would be for resources within Merseyside Police to be reduced even further . This would have an extremely detrimental impact on the level of service being provided to the community.

“The panel very much felt that the Commissioner was left with no alternative but to request this increase, due to the woeful shortfalls in Government funding for the police.

“However we were also in unanimous agreement that, whilst this rise does represent the only option currently available to prevent further reduction in officer numbers, it highlights how inequitable the current system is. By relying on council tax precepts to plug gaps in funding for policing, those who struggle already with their monthly outgoings – of which their Council Tax bill is a significant part – are hit the hardest.

“In reluctantly endorsing this increase we’d also urge the Government to urgently reconsider their approach to police funding and how shortfalls are impacting on both service provision and on the wallets of those least able to afford to pay.”

You can read the Police and Crime Panel’s formal response on Knowsley Council’s website. 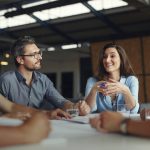 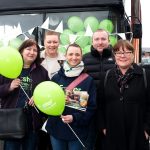