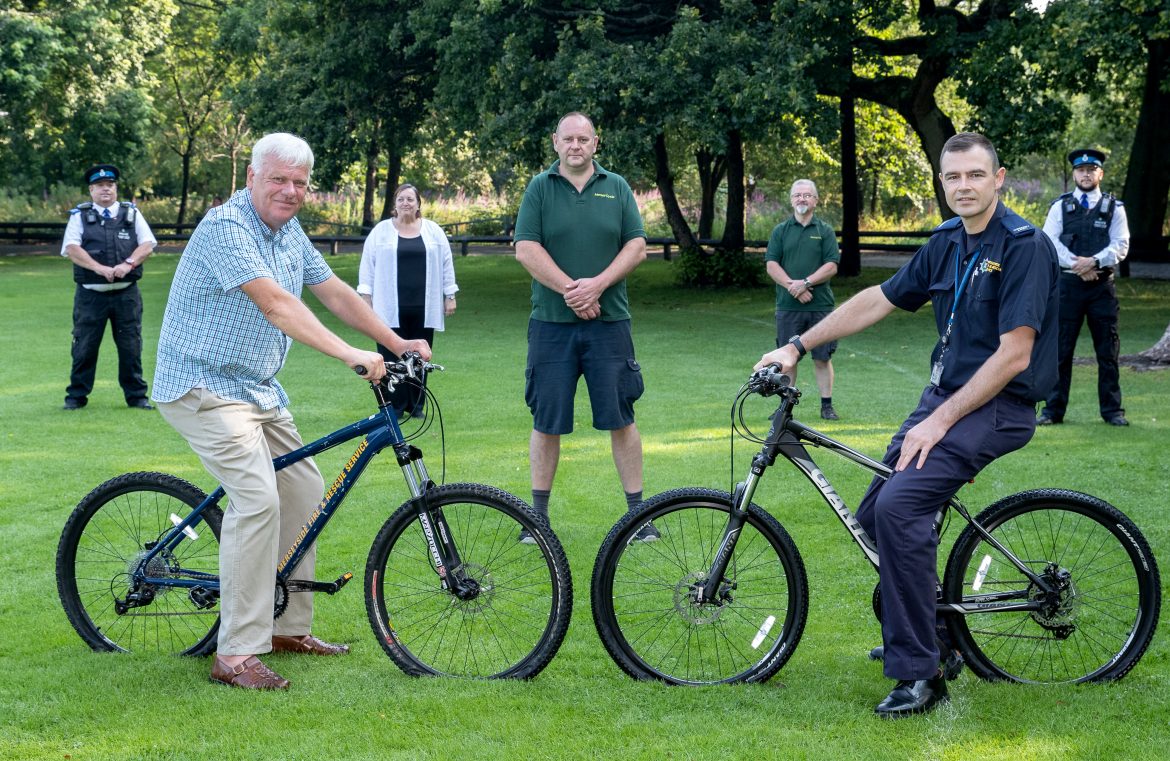 Following the recent burglary of a large number of bikes from Court Hey Park, Merseyside Fire and Rescue Service has donated two bikes to support the charities based there.

The targeted premises is home to MerseyCycle (a not for profit community interest organisation who restore and refurbish unused bikes for reuse), Pedal Away (a community based cycling scheme run by Cycling Projects that enables people to ride, regardless of their age, ability or cycling experience), as well as Barry’s Mobile Maintenance, a long running Knowsley based business.

Cllr Graham Morgan, Leader of Knowsley Council, said: “Despite the devastating circumstances it’s heartening to see this generous gesture from Merseyside Fire and Rescue Service. Since our appeal for information we have been overwhelmed by the feedback from people who have been appalled about this mindless act. A huge thank you to Merseyside Fire and Rescue Service for their donation, which will help MerseyCycle, Pedal Away and Bikes and Boots start to recover from this selfish act. And we continue to urge anyone with information to come forward.”

Michael Buratti, Community Safety Coordinator at Merseyside Fire and Rescue Service said: “After hearing what had happened and the negative impact it would have upon the community, it only seemed right to help out and donate the mountain bikes that are no longer used by the service. The donation of the bikes will hopefully be a small step towards enabling the initiative to get back up and running as soon as possible.”

Anyone who has any information about the bike theft can contact @MerPolCC or Crimestoppers anonymously on 0800 555 111 with crime reference number 20000473785. Police are especially keen to hear from anyone who witnessed vehicles travelling to or from Court Hey Park overnight.

Below are details of some of the bikes that were stolen:

‘Thank you’ to those who have made a difference