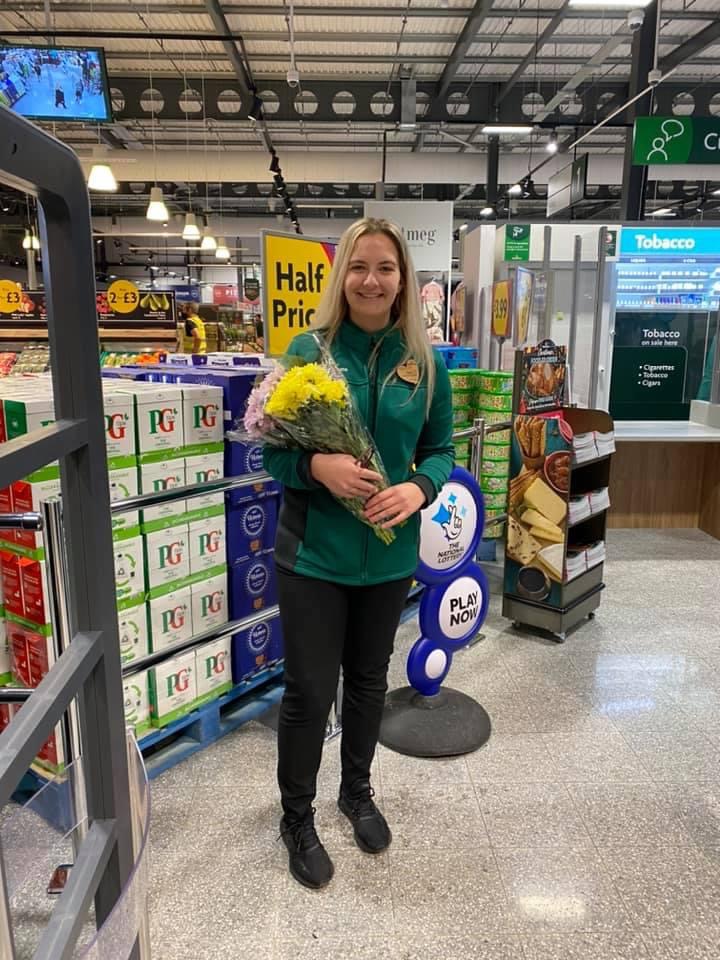 Kirkby resident Faye Lynch was appointed as the Morrisons Community Champion for the new Kirkby store in August.

Since then, Faye has been engaging with the local community and working with local schools, charities, and foodbanks.

Faye said, “I absolutely love what I’m doing.  No two days are the same.  For example, one day I visited Northwood Community Primary School and was helping pupils to make Christmas Cards which have now been distributed to a local care home in Kirkby, the next day I volunteered at a local food bank and also delivered food packs donated by Morrisons to support the local community.  The food packs have also been delivered to local food kitchens as well as “Baby Basics” classes which take place in Kirkby.

“When I started my role, I set up a litter picking group and each Saturday throughout the summer I was joined by members of the local community to clean up different areas in Kirkby.  I’m looking forward to the group meeting up again in the spring.

“I was really pleased to be able to support the local Kirkby Christmas Toy Appeal by setting up a drop-off point for donations at the store.  Donations were then distributed to children throughout Kirkby in time for the big day!

“My role enables me to contribute to the local area in a variety of ways – from tidying up areas, and developing activities such as litter picking which can help to tackle social isolation through to distributing children’s Christmas cards and hampers to vulnerable residents and tackling food poverty by donating food items to local charities, schools, community groups and food banks.

“I’ve been made to feel really welcome in Kirkby and it’s great to be part of such an amazing community.  There is so much good work going on by local charities and community groups and I’m so pleased to be part of it.

“I’ve had so many highlights in just a short space of time but, if I had to choose one, it would be the tours in advance of the store officially opening in October and welcoming five “local heroes” to the store.  Their work in the local community is truly amazing and it was great to meet them and show them around the new superstore in Kirkby.

“Looking forward, I want to continue to build on the great relationships I’ve developed within the community and I can’t wait to see further developments, such as the cinema scheme, progress in my hometown.”

Councillor Tony Brennan, Knowsley Council’s Regeneration and Economic Development, added “As a Kirkby resident myself, I know that we have a strong community spirit and it’s great to hear that Faye is an integral part of the Kirkby community.  The work she has been supporting is fantastic and I know that our residents will appreciate what she has been doing to date.  I look forward to hearing about her work and future plans over the coming months.”

You can keep up-to-date with Faye’s community work at Morrisons Kirkby Community on Facebook.