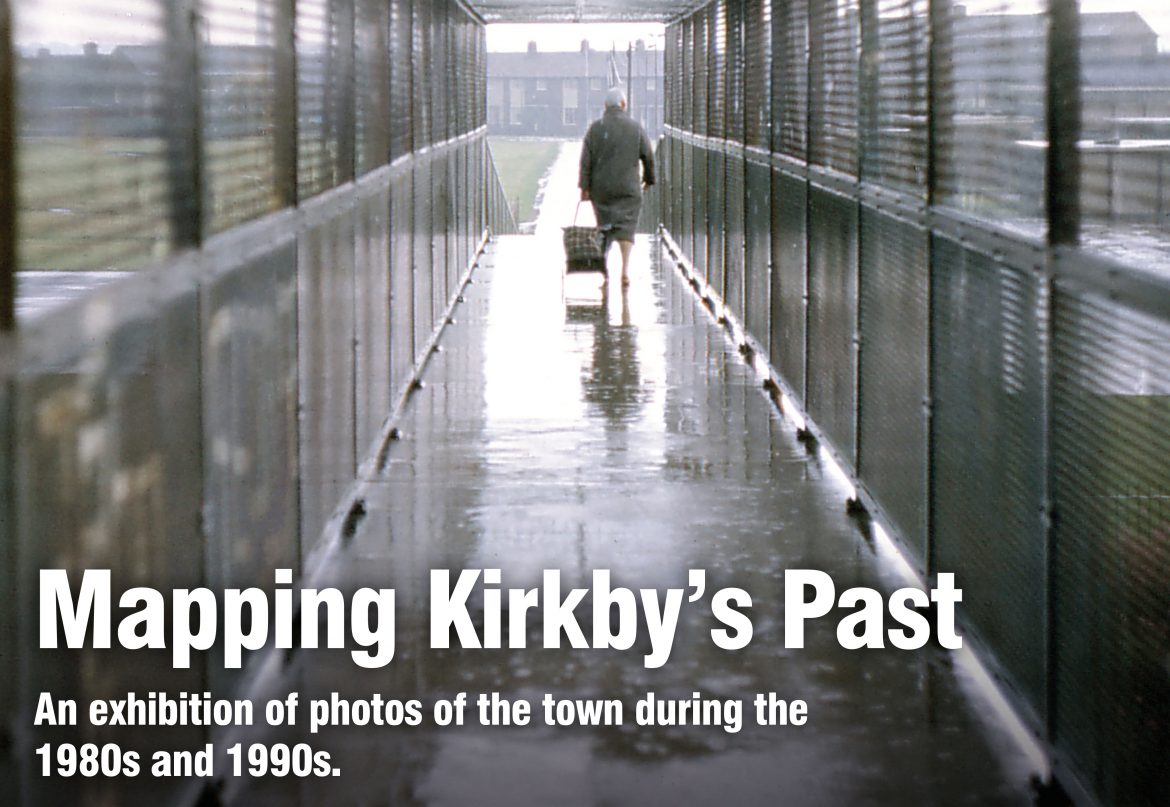 A series of striking photographs of Kirkby taken by John Wakefield in the 1980s and 1990s, entitled ‘Mapping Kirkby’s Past’, are back on display in the ARK exhibition space (in Kirkby Library) until Tuesday 14 August.

John Wakefield has been a volunteer photographer with the ARK (Knowsley’s archives) since the HLF funded programme to develop the borough’s archive got underway three years ago.

His role has been to document the activities and people involved in various community history projects, providing both a record for the archives and a key part in project exhibitions.

In turn the programme has helped John to develop his skills by giving him a tailored brief for each project and tasking him with capturing the people involved in delivering the projects that uncover the borough’s fascinating history.

“Mapping Kirkby’s Past’ was really well received so when the ARK exhibition space had a some availability it made sense to reinstall the display and give more people the chance to visit.

“John is a talented photographer and he has been capturing his home town of Kirkby on film since the early 1980s.  Giving John the opportunity to showcase some of his own catalogue of photographs seemed like the best way to acknowledge his commitment and enthusiasm over the three year programme and to thank him for all his hard work.”

“I was interested in getting involved in the ARK projects because I realised they would allow me to develop my photography. I’d not photographed activities and events before and I’ve really enjoyed doing this. I’ve gained skills and experience through the projects which I have incorporated and will continue to use in my future photography.”

Photographs in the exhibition

The photo of the ‘Lady on the Bridge’ is John’s personal favourite and forms a stand-alone centre piece of the exhibition.  His other photos are grouped together by location: John lived in Mosscroft, Tower Hill in the early 1980’s and these were his local shops which formed the ground floor of Ranshaw Court. John photographed the square in 1991 inspired by the shapes and lines of the shops and buildings. These photographs record the demolition of two tower blocks along Broad Lane in 1999.Gaywood Green Heights are further along the road and still standing today. John’s photographs are of the town centre after hours in the early 1990s at the end of the working day.

The exhibition was designed by Chris Edwards who also began as an ARK volunteer to document the different projects through creative art and design. Chris has gone on to design exhibitions professionally.

‘Mapping Kirkby’s Past’ is on display in the ARK exhibition space in Kirkby Library, the Kirkby Centre, until Tuesday 14 August.

More of John’s photography is available to view on his Flickr page.

Cookery workshops for adults with disabilities