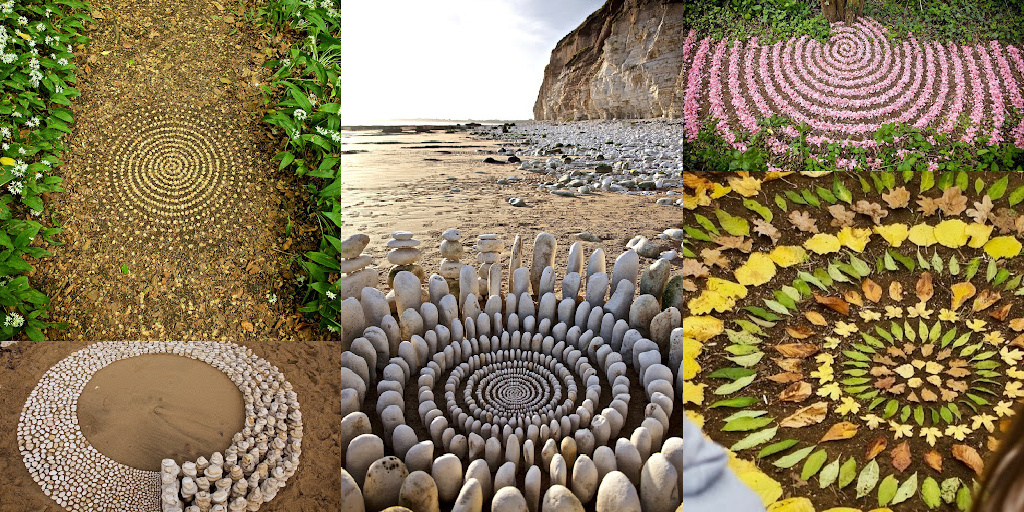 This summer, renowned land artist James Brunt is coming to Knowsley to create a number of land art installations in some of the borough’s most loved parks.

The project – United by Land – is part of Knowsley’s celebrations as the Liverpool City Region Borough of Culture.

James along with several other accomplished land artists will descend on the Borough in August to work with local people and communities on a number of outdoor installations at Halewood Triangle, Stadt Moers, Mill Dam and Bowring Parks.

James will also be working with a number of schools in the coming weeks on smaller land art projects within school grounds.

“I am so excited to be involved in this work in Knowsley and to bring the joy of land art to new people and new communities. The Borough of Culture celebrations are so exciting, and I am thrilled to be part of that and to make sure that nature and the outdoors is also celebrated this year.

“Knowsley has some amazing parks and open spaces and is the perfect setting for us to put our creativity to work. My approach is all about utilising what nature provides to create something truly remarkable and most importantly it is something that everyone can join in with.

“There will be lots of opportunities to come along and get involved in creating these artworks and I can’t wait to meet lots of Knowsley residents in the coming weeks and months.”

James creates bespoke land art using natural objects like stones, leaves and shells. From the simplest of materials, James creates mesmerising patterns and mandalas and has more than 100,000 followers on his Instagram page (@jamesbruntartist). He has worked on hundreds of projects across the UK and on bespoke commissions for organisations including ITV.

“This is set to be such an exciting project and I am so pleased that James has agreed to be part of it. His work is really quite amazing to see. To think that Knowsley’s parks and schools are set to host some of this wonderful art is just great and something that families and individuals will be able to enjoy over the summer months.”

As a warm-up to United by Land James is working with a number of Knowsley Primary school pupils in May and June to create land art within school grounds. He has also promised to create some ‘pop-up’ land art in secret locations across the borough over the summer months – meaning that anyone taking a stroll in Knowsley might just stumble across a hidden gem of creativity.

Dates and locations for United by Land community events and workshops will be publicised in due course.

In the meantime, if you want to see more of James’ work visit www.jamesbruntartist.co.uk or follow him on Instagram.

South Yorkshire based artist James Brunt works across the UK and beyond, rearranging natural matter into temporary natural installations.  Each work is inspired purely by the landscapes in which he works with no pre planning or design taking place. His process is a connection between the land, the conditions, the act of allowing oneself to stop and immersing oneself in the moment.

James also works extensively with others, sharing his passion for the outdoors and everyone’s right to have access to outdoor spaces and the freedom to play, no matter what your age.

He studied Fine Art at the Byam Shaw School Art, London, graduating in 1997.  In 2019 he created the ITV logo for a yearlong project ‘ITV creates’ and has twice won ‘Welcome to Yorkshire’s Lining the Route’ Land Art competition for the Tour De Yorkshire cycle race. His prolific output has gained huge online audiences for his work and is currently writing his first book, which is due out in Spring 2023.

The International Day Against Homophobia, Biphobia and Transphobia