Supermarket operator Morrisons has already committed to bringing a 45,000 sq ft foodstore to the retail development and is currently working alongside St. Modwen on a timetable for when construction work will begin now that demolition work has finished.

“We are really pleased to be able to announce these additions to the scheme which is testament to Kirkby’s strong draw and the quality of the scheme that has been designed.

“With Morrisons, Home Bargains and KFC on board we are looking to create an attractive mix of retail brands that complement each other and the current offering within the town centre.

“A successful, local and national brand, TJ Morris is the largest employer on Merseyside and is the largest independent grocer in the country. We’re really pleased to announce its commitment to Kirkby where new jobs will be created.

“Home Bargains remains a firm favourite within Kirkby and I’m sure the new-look, larger scale store will be received extremely well.”

“With Morrisons already on board to deliver a new supermarket, this announcement from St. Modwen is fantastic news for our residents and further evidence that leading businesses have great confidence in Kirkby and believe, as we do, that it is a town on the up.” 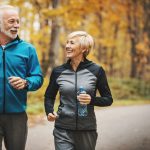 Have you taken the ten minute exercise challenge? 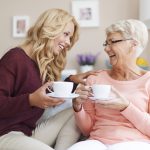 Council to re-consider services for adults