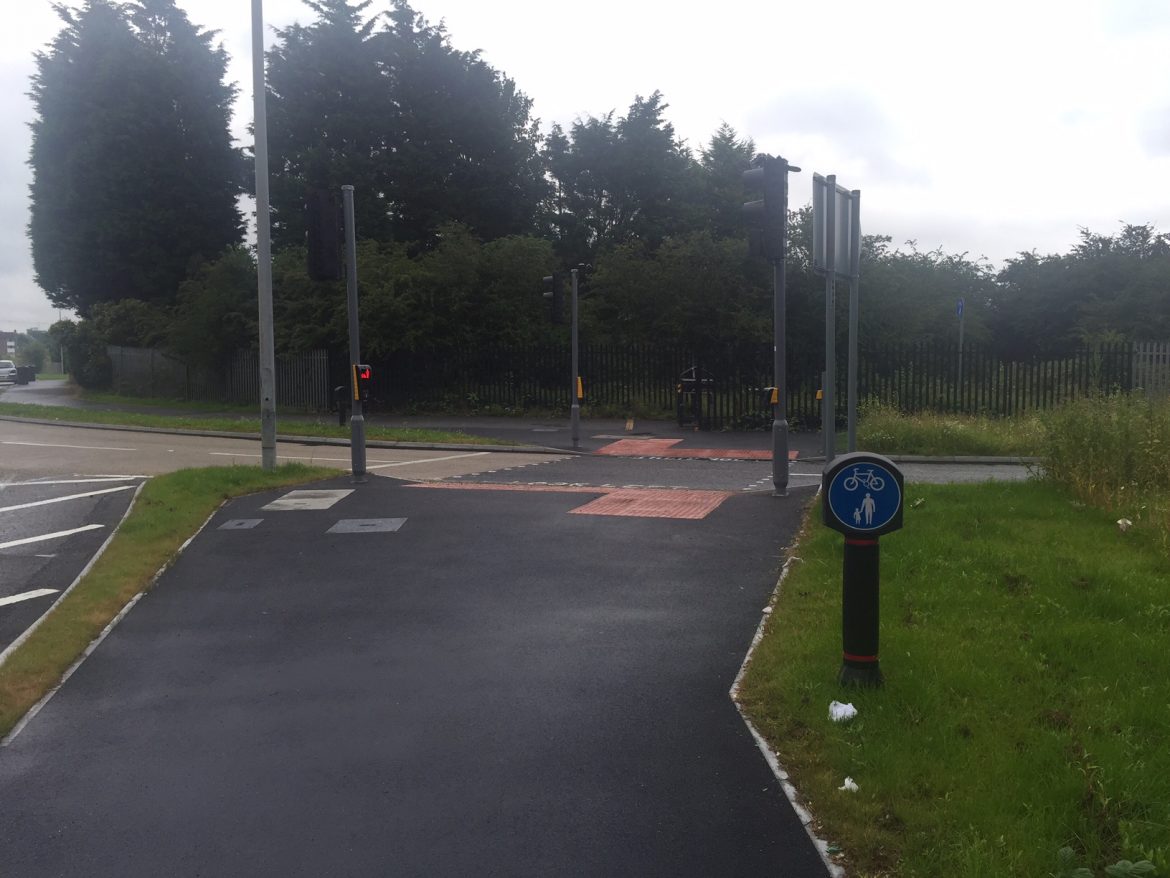 Further improvements to Knowsley’s road network have been completed at Junction 6 on the M57 in Kirkby.

The £500,000 scheme has been delivered in partnership with Highways England as part of a national fund for cycling in its Road Investment Strategy.  The work has made a huge impact on easing traffic flows, reducing congestion and improving safety.

Junction 6 of the M57 is is a key junction on the road network into and out of Kirkby.  The improvement works were identified given the volume of traffic, pedestrians and cyclists using the junction as well as the scale of regeneration work which is currently taking place in Kirkby town centre. As well as improving traffic flow through the partial signalisation and widening of the roundabout, the improvements to Junction 6 have also improved road safety through the provision of controlled crossing facilities for pedestrians and cyclists. “This is one of a number of highway improvement schemes in Knowsley, which is a reflection of the borough forming an essential part of the Key Route Network across the Liverpool City Region for residents and businesses alike.

“I’m delighted that the improvements are making a positive impact to road users, cyclists and pedestrians and I look forward to our further plans to develop and improve our road network across Knowsley over the coming months and years.”

“This scheme has resulted in a safer and more accessible route for cyclists and pedestrians across a busy motorway junction. The scheme also helps reduce congestion and supports economic growth in Knowsley and across the Liverpool City Region by providing future capacity to meet predicted levels of additional traffic.”

“Highways England is pleased to have successfully delivered an upgrade to the connection with locally-managed roads in order to meet regional needs. We have seen a significant upsurge in cycling in particular, and it is now safer and easier to access local routes.”