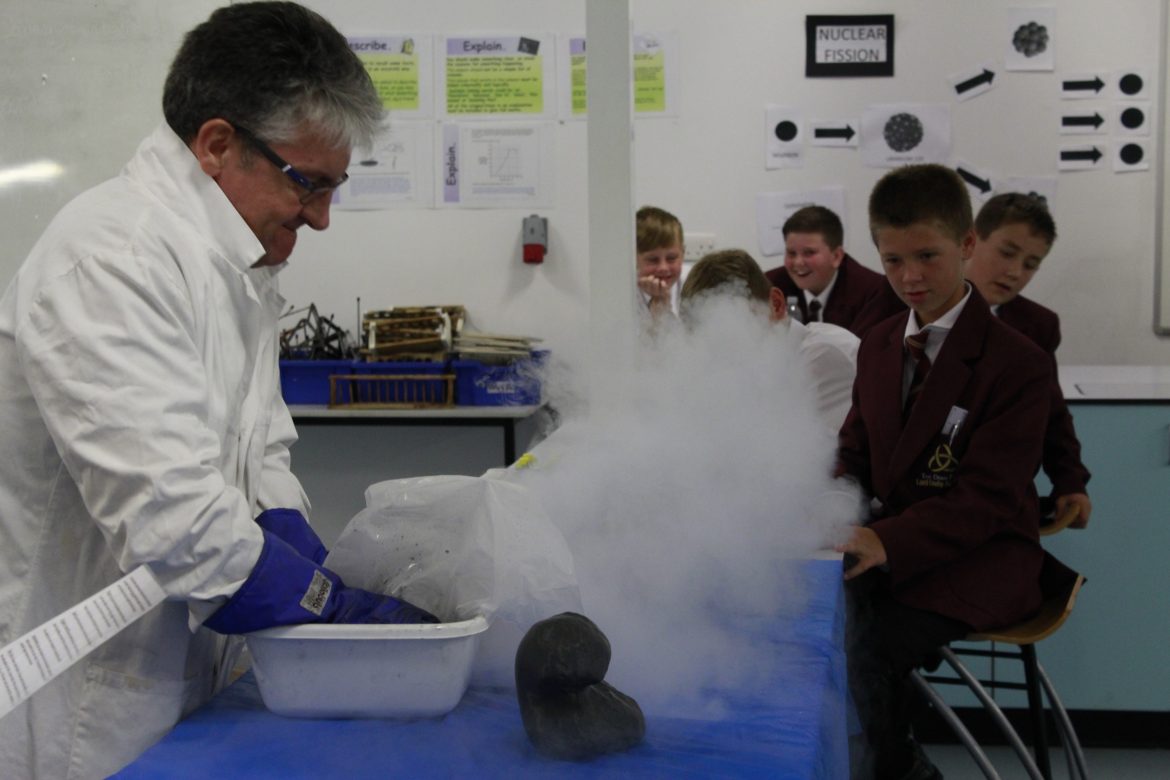 Year 7 pupils at Lord Derby Academy wasted no time when it came to getting hands on with science – enjoying the chance to study some genuine moon rocks.

Teachers at the Huyton school decided to give their new intake of pupils a taste of how fascinating and exciting studying science can be – so they introduced a unit based around space to inspire the pupils and rapidly build up their knowledge and experience in the subject.

The unit allowed pupils to start their new school year with a focus on the importance of science in society, as well as to their future employment opportunities. This was highlighted when Daresbury Laboratories, based in Warrington, visited the school armed with an inflatable planetarium and an infrared camera which will be part of a very exciting new development. Daresbury Laboratories gave an interactive session on the new development – the incredible James Webb Space Telescope – which will be launched in 2018 and is set to be the ‘premier observatory of the next decade, serving thousands of astronomers worldwide’. As well as learning new things, pupils also had the opportunity to get creative and make their own comet as well as take part in a balloon race.

Thanks to Science and Technology Facilities Council, moon rock and meteorite samples were also brought in to the school this month to allow pupils to experience and discover science hands on. Pupils were able to hold and examine the samples – very carefully of course as some are 150 million years older than the Earth!

How many other people are able to say they have held parts of the moon? Get involved with the community allotment in Huyton