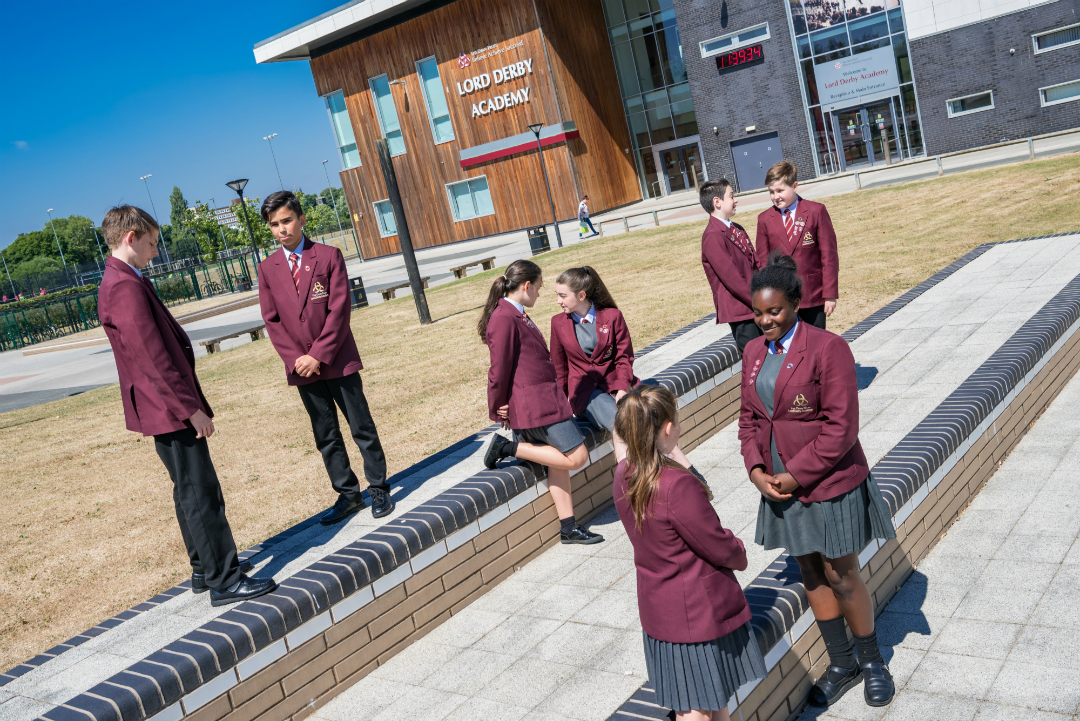 In fact, the school, which is part of The Dean Trust, is fully subscribed for this coming September.

Ofsted’s latest inspection noted that the appointments of the Head Teacher, Deputy Head Teacher and other senior leaders at Lord Derby Academy were having a positive impact on the quality of education the school provides.  And whilst the school was still judged to ‘require improvement’, the report noted that a number of improvements have already happened in the two years since it was last inspected.

The sense of ambition for the school and pupil success set by the Head Teacher, leaders, governors and trustees was referenced in the report, which also said the quality of teaching also improving.

Inspectors commented that pupil’s personal development and welfare was excellent, with pupils supported to become confident, kind and aspirational citizens. They said Pupils feel listened to and that the recently established Pupil Parliament has been very well received by pupils which is helping to shape the school’s emotional health support provision, enhance the range of healthy eating options at the school as well as reviewing the spiritual, moral, social and cultural development curriculum.

Also of note was the leadership of pupils with SEND (Special Educational Needs and / or Disabilities) which was deemed to be effective and that pupils’ needs were well met.

Additional leadership capacity has been provided by The Dean Trust, which the school is part of, which has included in-school support of the chief executive officer of the Trust for three days each week.

Governors have also strengthened their capacity to secure improvements. New governors have been appointed and others have undertaken training, with an effective governing body in place providing challenge where needed.

The quality of teaching has remained effective in English and drama, with improvements also being noted this year in modern foreign languages.

As well as the range of strengths identified that the school will continue to build on, a number of areas of improvement were also identified including the quality of teaching in certain area, strengthening of the curriculum in areas including mathematics and pupil progress.