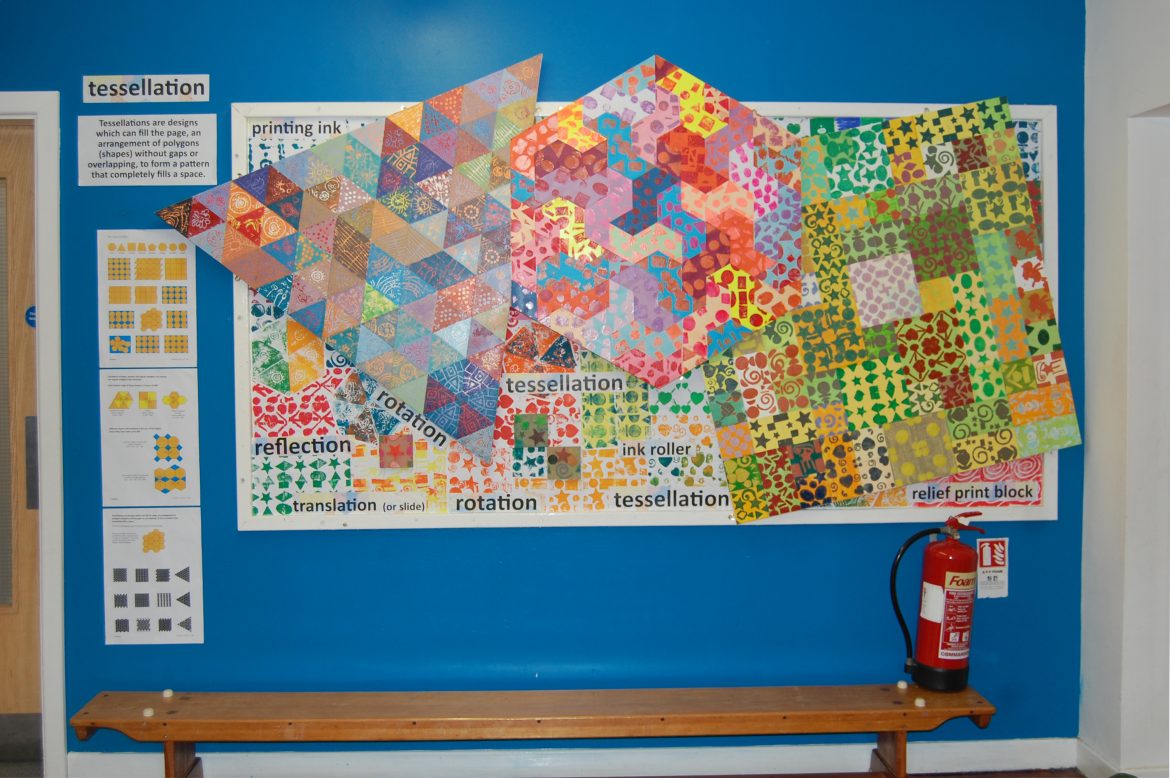 St Albert’s Catholic Primary School in Stockbridge Village has unveiled a fascinating new piece of artwork involving shapes, patterns and textures, which allowed school children to be both mathematical and creative.

Head teacher at St Albert’s Catholic School, Lorraine McEvoy, came up with the idea of incorporating tessellations into the artwork which involves different shapes being put together to perfectly form a pattern – without overlapping or leaving gaps.

Children from Year 3 and Year 4 attended inspiring workshops with artists Patricia McDonald and David Holmes from Art4Design to make the idea of combining art and maths a reality.

As well as drawing and printmaking to help create the design, the children learned about some of the artistic methods involved in creating this display such as reflection and rotation.

The artwork is on display in the school hall along with information on how maths and tessellation is involved in the art, making it a eye-catching visual addition the school as well as a learning resource to pupils and visitors.

The project came after St Albert’s was awarded a Gold Award in the Liverpool Counts Quality Mark which recognises the school’s dedication to raising standards in numeracy and maths, and changing attitudes to numbers and maths.