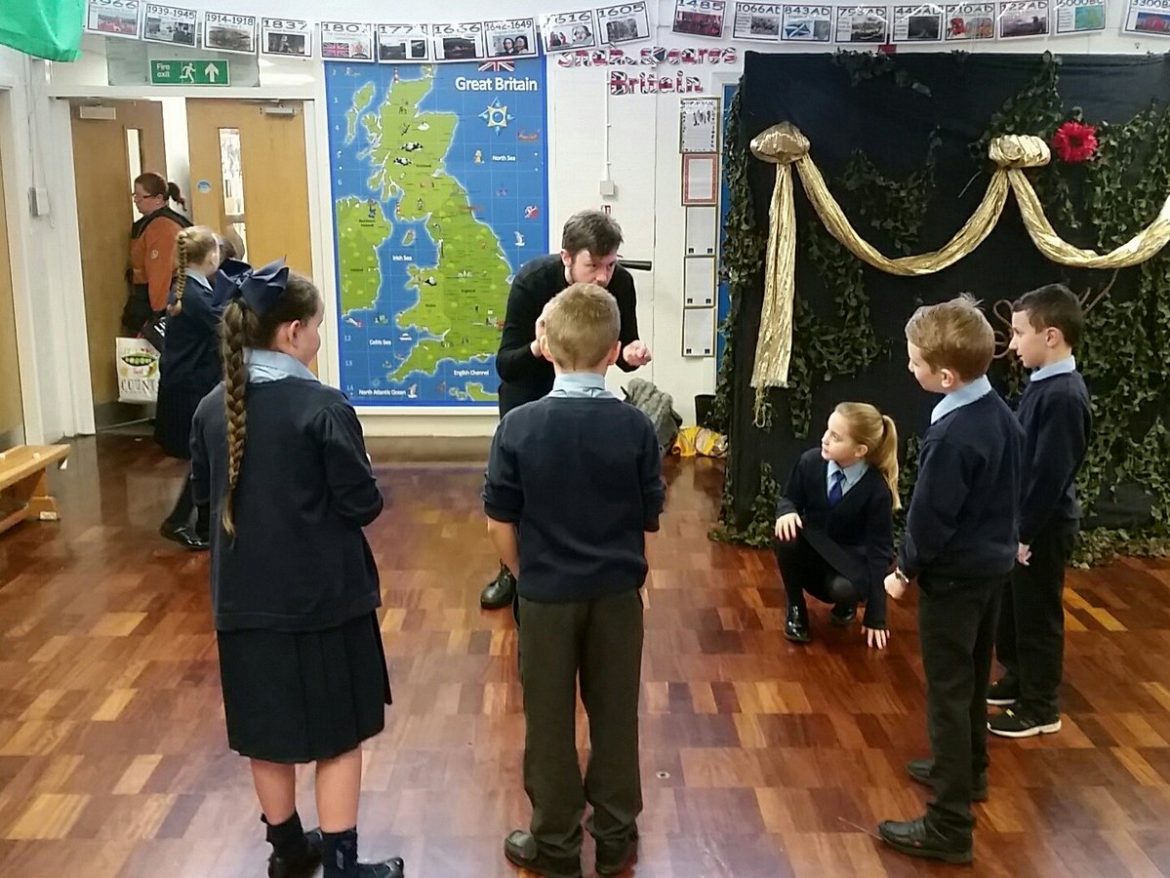 St Albert’s Catholic Primary School in Stockbridge Village celebrated Shakespeare Week between 20 and 26 March by learning about some of William Shakespeare’s most celebrated plays.

Pupils at the school were treated to a humorous performance of a Midsummer Night’s Dream by Say Two Productions. The children were able to participate in the show and learn about one of the greatest writers in the English language in a fun, animated way.

Each class studied a play; Reception and Year 1 studied A Midsummer Night’s Dream, Year 2 studied Hamlet and Year 3 studied Macbeth. The Reception class went on a trip to Littlewood and had lots of fun making homes for the woodland fairies while Year 3 got creative making a fantastic display of Shakespeare artwork.

The children also took part in workshops with actors from the production company for different plays; Year 4 did Romeo and Juliet, Year 5 did Julius Caesar while Year 6 did The Tempest. The children got right into the action and performed different parts from their plays.

St Albert’s Catholic School’s pupils explored their creativity and increased their knowledge of history during Shakespeare Week, and enjoyed a week that was very typical of their school days.

Shakespeare Week was a great success at our school. It’s a great way for children to take part in enjoyable activities and learn at the same time. Knowsley has been doing a lot to celebrate Shakespeare recently, especially with the upcoming Shakespeare Playhouse in Prescot, so we’re very pleased to have got involved with Shakespeare Week and have our children become familiar with his work.

Find out more about Shakespeare Week Some of Year 3’s wonderful artwork

Can you Give Up Loving Pop?