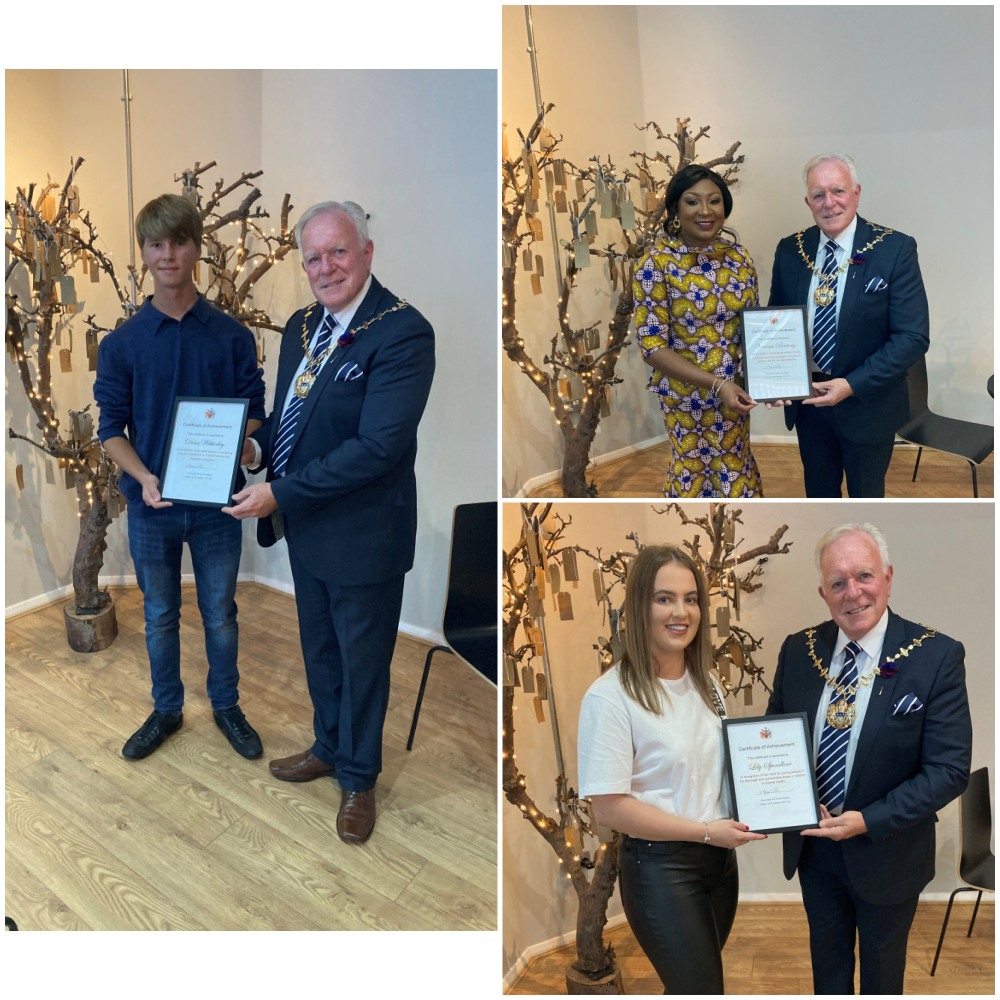 At Knowsley Council’s full Council meeting last night (15 September), three members of the local community were recognised by Councillors for their support to residents and their positive contributions across the Borough.

Lily Spendlove was recognised for the work she has done, and continues to do, for young people in the Borough and surrounding area relating to Mental Health support.

Lily helped to set up The Lee Cooper Foundation in 2018 when she was just 17 after her friend, Lee, tragically died from suicide.  The Foundation aims to act as a bridge for young people who are waiting to access mental health services.  Lily has continued to work with young people in the Borough since that time, running needs-based workshops to provide mental health support.

Lily was nominated to represent the Borough at an event in Manchester at the end of July in recognition of her work in relation to mental health.  The event included a visit from Her Majesty the Queen who thanked Lily for her tireless work in providing mental health support in the Borough.

Also recognised was Dean Wibberley, a student at Lord Derby Academy who earlier this year rendered First Aid assistance on two separate occasions within the space of a week to a classmate who had seizures in the classroom.

Dean is currently serving at the ‘Huyton RAF Air Cadets’ where he has received First-Aid and Refresher training.  He has also received ‘Defibrilator Training’ at St Gabriel’s Parish Church and, together, this gave Dean the confidence and ability to act quickly when required, placing his classmate in the recovery position, protecting his head and body until First Aid arrived.

Finally, Vanessa Boateng has also been recognised for her work around social inclusion, integration and the protection of children’s rights in the UK amongst migrants.

In addition to being a Member of Knowsley Town Council, Vanessa is the first female Trustee and General Secretary of the Liverpool Commonwealth Association.  She also helped to spearhead the ‘Bring Back Our Girls’ movement in Liverpool – part of the campaign for the release of the 110 girls who were kidnapped in Nigeria by the terrorist organisation Boko Haram in 2014.

Vanessa is another member of our community to have been recognised by Her Majesty the Queen with an invitation to Buckingham Palace in 2018 to recognise her contributions to the country’s Commonwealth diaspora communities – populations that originated from the same place but moved to different locations.

Vanessa has now been nominated for the Positive Role Model Award for Race, Religion and Faith as part of the National Diversity Awards due to take place this Friday at the Liverpool Anglican Cathedral.

Cllr Graham Morgan, Leader of Knowsley Council, said: “I’m delighted to acknowledge the fantastic work of three members of our community at tonight’s Council meeting. Their contributions to our communities across the Borough are invaluable and I’m pleased that their work has been recognised tonight.”