Sixteen-year-old Aimee-lea Smith from Knowsley Village is using social media and her platform as a finalist in a national modelling competition to raise awareness about her illness, eosinophilic esophagitis (EoE).

EoE is inflammation of the oesophagus and large numbers of white blood cells called eosinophils are found in the tissue. Symptoms can include nausea, vomiting, and difficulty swallowing. It’s a rare disease, with an estimated one in 2,000 people being affected.

Aimee-lea’s disease can exhaust her and cause her to have sleepless nights with acid reflux but she won’t let it hold her back in life.

She said: “My illness will never defeat me or get in the way of what I love doing. I will always be at the top doing my best and working as hard as I can.”

Aimee-lea will represent Knowsley in the national finals of Miss British Isles this May and hopes to take home the title of Miss Teen British Isles 2019. Good luck! 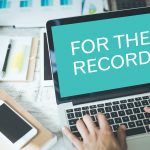 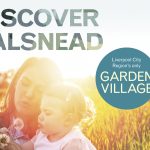