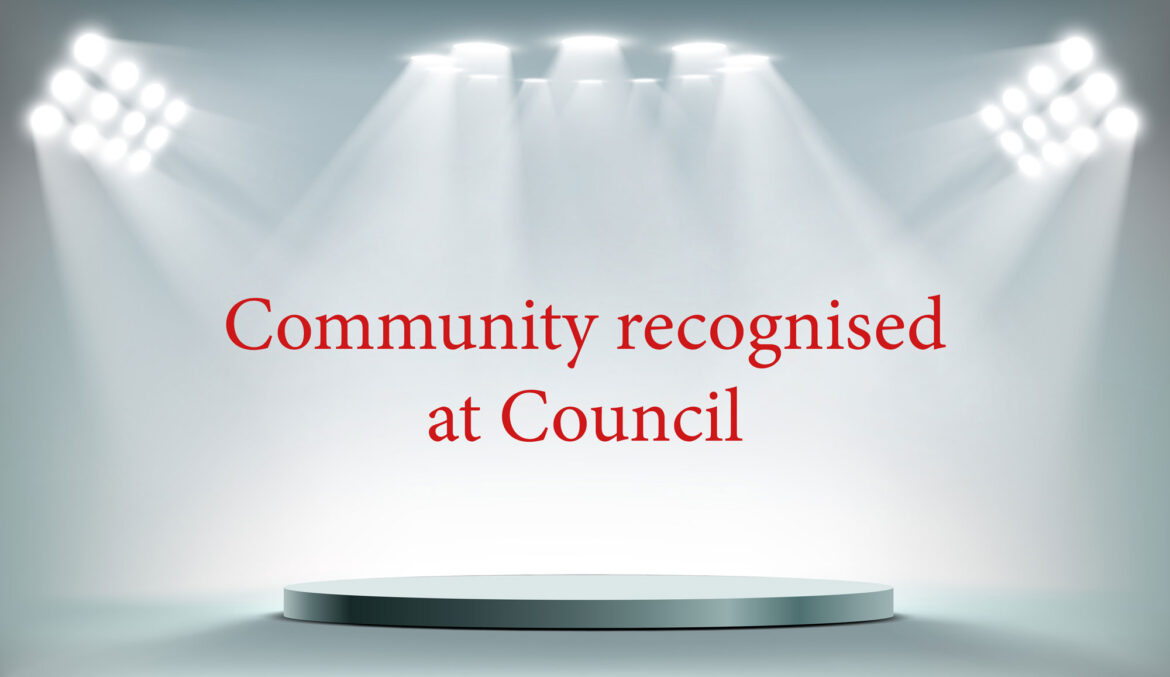 At Knowsley Council’s full Council meeting tonight (9 March), three people were recognised by Councillors for their support to residents and their positive contributions across the Borough.

Firstly, Joe Murphy, from ‘Joe’s Stall’ in Huyton Village Centre has been recognised for his support, loyalty and commitment to Huyton.

Joe has been trading in Huyton Village Centre for over 30 years with his stall offering an array of goods and toys.

On a personal level, Joe has now celebrated 23 years of sobriety and has a passion for helping others with addictions.

Joe has also supported others throughout the pandemic by offering a discount to people who are in receipt of Universal Credit.

In addition, Andy Roche, former Plant Manager at Ford in Halewood was also recognised for both his and the plant’s commitment to Halewood.

Andy, who was educated locally at Halewood Grange Comprehensive, started as an apprentice at Ford Halewood in 1979 when the plant was building Ford Escorts. Andy, who retires on 5 April 2022, has spent 43 years with the company and he has worked in a number of different departments throughout his career including investment in new products and improving the productivity at the plant in Halewood.

Throughout 2021, Andy worked on bidding for the new eDrive project that has the potential to create a new, electric future for Halewood. In October, Ford announced that Halewood had won the £230 million eDrive investment, securing the plant’s future for many years.

Finally, Collette Smith, former Deputy Head Teacher at Our Lady’s Roman Catholic Primary School in Prescot has been recognised for her contribution to education and the local community. Colette’s career spanned 40 years, with almost 30 years as Deputy Headteacher at Our Lady’s, and her dedication and support to children, young people and their families to achieve their potential is commendable.

Whilst Collette is enjoying her retirement, she is still in contact with past pupils and parents and she has guided many former pupils to successfully become educators themselves. She is also committed to charitable events including the co-ordination of school fayres, the Good Shepherd Appeal and cake sales.

Cllr Graham Morgan, Leader of Knowsley Council, said: “I’m delighted to acknowledge the fantastic work of Joe, Andy and Collette at tonight’s Council meeting. Their contributions to our communities across the Borough are invaluable and I’m pleased that their work has been recognised tonight.”