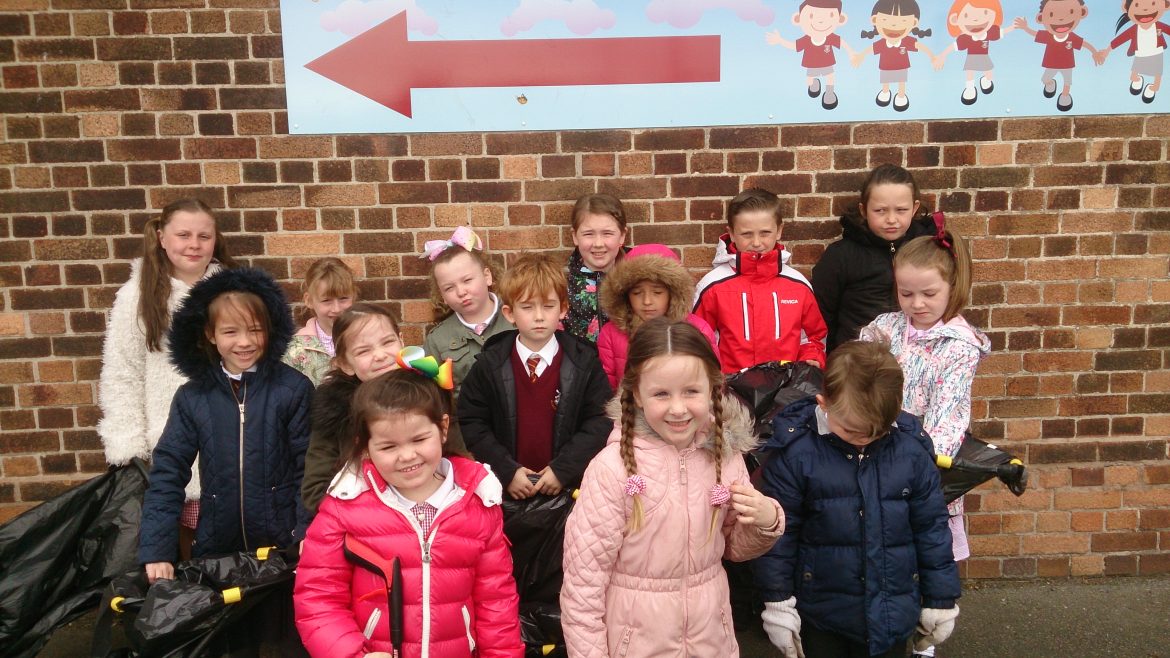 Children at Halsnead Community Primary School are taking to the streets to clear up rubbish and improve the area around their school in Whiston.

The Allotment Representatives, Eco Warriors and Forest School Group are joining forces to tackle the rubbish together. The groups are made up of 42 community-minded pupils from Reception through to Year 6. The children are also taking part in the RSPB Wild Challenge which is a challenge to connect with the natural world and complete activities to earn an award.

As well as improving the area where they learn, the children want their brilliant actions to be an example for others and encourage people to not litter. They also hope to highlight how big of a problem littering is in Britain.

Keep Britain Tidy has revealed that:

Tina Cinnamond, a leader of Forest School Group, said: “This clean-up will show others that we care about the future of our local environment and that we are not prepared to live, work and play in an area that is blighted by rubbish. What is good about working together like this, is that it creates a sense of community and for some of our younger volunteers, it is their first taste of active citizenship.”