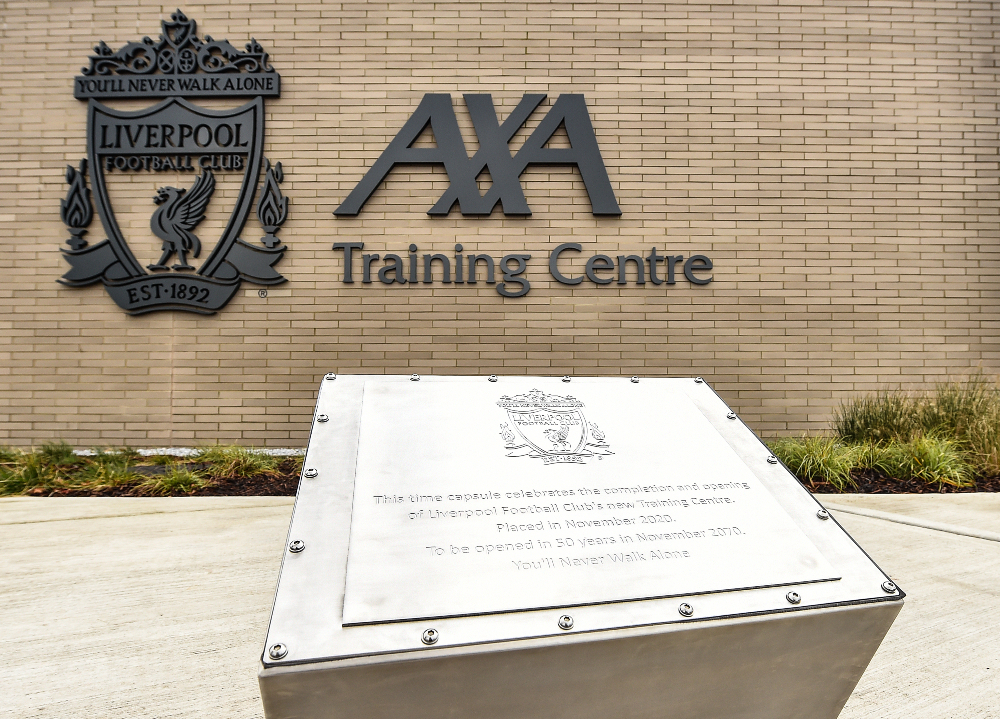 The landmark occasion was commemorated by the installation of a steel time capsule at the new facility, containing artefacts related to club’s rich history and some of the experiences and people who have made it what it is today.

It is hoped that the time capsule will be opened in 50 years with the aim of showing future LFC players, colleagues, and the local community the breadth and strength of the team who have created the success behind the LFC badge and offer supporters an insight into what the club is like in present day.

The capsule was placed outside of the visitors’ entrance to the facility and is marked by a special plaque set in granite paving. 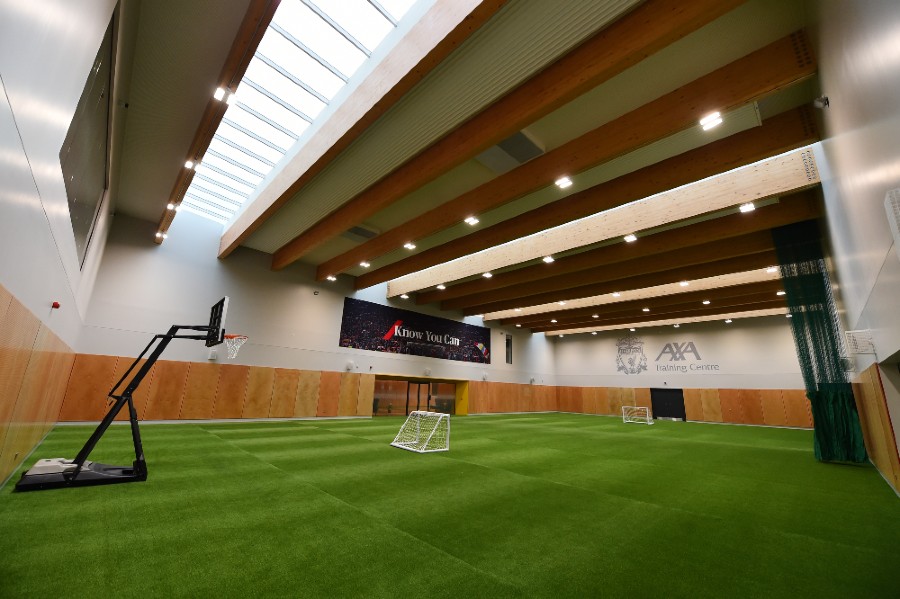 Commenting on the opening of the AXA Training Centre, Andy Hughes, Managing Director, Liverpool Football Club said: “We started this project over two years ago, marking a significant milestone in the history of this great football club.

“After saying a fond farewell to Melwood last week, we are excited to be start a new era at the club, bringing our First Team and Academy operations and facilities together on one site for the first time in history.

“There have been so many people involved in making this great project happen – it is impossible to thank them all as individuals. Our First Team manager – Jürgen Klopp, Sporting Director – Michael Edwards, and Academy Director – Alex Inglethorpe have been instrumental in turning plans into a reality. We must also thank Knowsley Council and local residents for their continued support throughout the delivery of this extended project.” 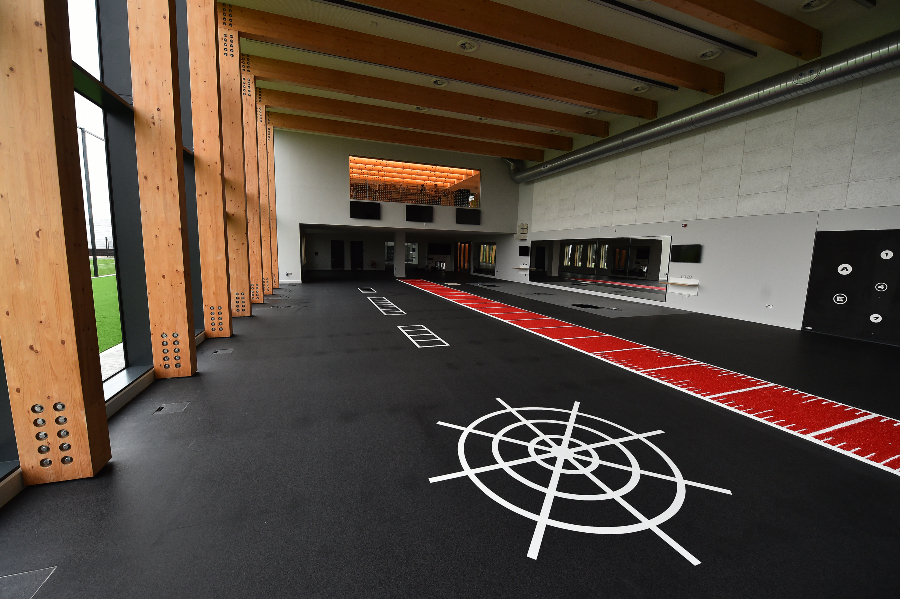 “Whilst we would have liked to have celebrated this historic moment together – ensuring public health, safety and wellbeing is our number one priority.”

Jürgen Klopp, Liverpool FC First Team manager commented: “Today is a really special day for the team- it has been a long time coming. There has been a lot of steps, meetings with architects, designers, everybody!

“The facility is great and whoever has the chance to visit will be impressed. It is a wonderful building – you have everything you need now and for the future. It’s pretty much perfect!”

In addition to the main Academy development the project has also seen a major investment from LFC and Knowsley Council into community sporting facilities on the adjacent Eddie McArdle playing fields. This has resulted in 5 full size grass pitches, a new Pavilion Building with changing facilities and social space, enhanced lighting and security, improved landscaping, new cycle ways and pedestrian footpaths and the provision of additional car parking.

Cllr Tony Brennan, Knowsley Council Cabinet Member for Regeneration & Economic Development said: “We are delighted that LFC has chosen Kirkby as the location for this wonderful new training facility. We are also pleased that in addition to these remarkable new facilities, the Club has also invested – with us – to also improve the sporting facilities available to our local community. The upgraded community pitches and new Pavilion are already been extensively used and not just by youth teams but also veterans and ladies too – something we really want to build upon.

“For local people, football is simply part of their DNA.  Knowsley is the birthplace of three European Cup-winning captains.  So having Liverpool Football Club training here in Kirkby is a huge thing for local people. We wish the Club every success in these fantastic new surroundings.”

What is in the time capsule?