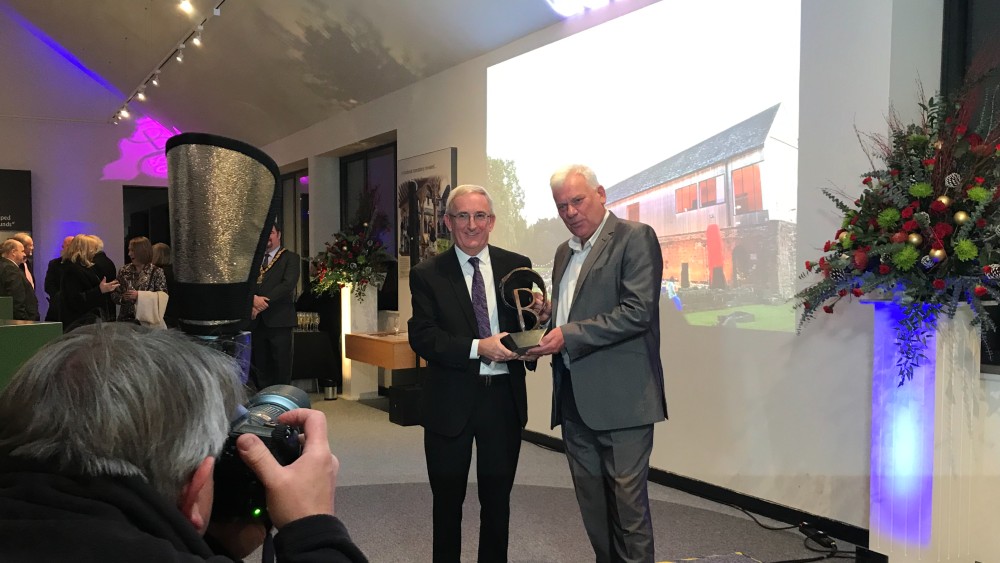 November 29, 2021
The title of Liverpool City Region Borough of Culture has been officially handed on to Knowsley. The accolade was passed over during Halton’s finale event, Light! at Norton Priory this weekend. It’s the first time in two years that the Borough of Culture title – symbolised by the Emma Roger’s sculpture – has been handed over in person due to COVID restrictions. Liverpool City Region Metro Mayor Steve Rotheram introduced the Borough of Culture initiative in 2018, as part of the Combined Authority’s ‘1% for Culture’ programme, which commits to invest 1% of the annual budget directly in culture and creativity. The title rotates around the six areas that make up the Liverpool City Region, showcasing the unique cultural attractions and identities in each part of our region, and how they merge together. Mayor Rotheram said: “The Liverpool City Region’s world-class cultural offering is one of our great strengths and, when I was elected, I established Borough of Culture to showcase what makes each part of our region so unique. “Over the last year, Halton has risen to the challenge of delivering Borough of Culture during some exceptionally difficult circumstances given the pandemic. Looking forward to 2022, I’ve been really excited by the enthusiasm and imagination shown by Knowsley in putting together their calendar of events. From the opening of The Shakespeare North Playhouse in Prescot, to the series of fantastic exhibitions and performances, I’ve got no doubt that it will be a year to remember.” Knowsley has already announced some exciting highlights to look forward to in 2022 including a borough wide sculpture trail, mass participation celebration of sport, Luke Jerram’s ‘Gaia’, masterpiece exhibition and of course the opening of The Shakespeare North Playhouse in Prescot. Councillor Graham Morgan, Leader of Knowsley Borough Council said: “Our Borough of Culture year could not come at a better time with the opening of The Shakespeare North Playhouse in Prescot. But I’m keen to stress that culture isn’t just about theatre or art but is about how people live their lives, what enriches and excites us, and what makes Knowsley the place it is. “From community activity to large scale attractions we’re hoping to provide something for everyone to enjoy and not just for Knowsley residents but for everyone in the City Region and beyond.  And with some really special and surprising moments planned we are sure that this will be something  that people will be talking about for many years to come.” Co-Chair of the Cultural Partnership, Maggie O’Carroll said: “As Halton’s Borough of Culture year draws to a close, I really can’t express enough how impressed I have been to see the many ways in which businesses have adapted to survive the ongoing impact of COVID-19.This ability to acclimatise and innovate is one of the true hallmarks of a successful business. “Halton has managed to enrich the lives of its residents in so many different ways, not least through its cultural partnerships and combined efforts with the Borough of Culture. I am very much looking forward to supporting Knowsley as they take the mantle and excited to see them bring to fruition their plans for 2022.” Sir Phil Redmond Co-Chair of the Cultural Partnership said: “The idea behind the rotational award was to encourage creative talent, showcase the cultural offerings and stimulate internal tourism across the region. The award now moves from Norton Priory to Knowsley, where the opening of The Shakespeare North Playhouse will extend the range and depth of cultural attractions available in all the Boroughs.  “Just as Halton has raised the bar in terms of creativity, ingenuity and perseverance, I have no doubt that Knowsley will set a new benchmark for the next rotational round beginning in 2023. And look forward to seeing what Halton will do again in 2026!” Councillor Mike Wharton, Leader of Halton Council and the Combined Authority’s Portfolio Holder for Culture, Tourism and The Visitor Economy said: “We have thoroughly enjoyed hosting our Borough of Culture year. While some events sadly had to be cancelled due to changing COVID restrictions, we found new ways of engaging with our residents and developing and showcasing the creative talents of our communities. “Our ‘Made in Halton’ grants funded outdoor theatre, a radio station, comedy nights and art workshops for the LGBTQ+ community and we were delighted to welcome the work of Luke Jerram and the Liverpool Lantern Company with Wales-based AndNow later in the year. “Halton has been alive with creativity and I hope Knowsley enjoy their Borough of Culture year as much as we have.” Dates and events for next year’s programme continue to be announced including full details of a dramatic start to the year which will include a series of spectacular lighting installations and events across the borough. To find out more, get involved and be notified of future events, follow @CultureKnowsley on Twitter, Facebook and Instagram and visit www.cultureknowsley.co.uk Notes to Editors: Borough of Culture, is awarded annually on a rotational basis to one of the six local authorities that make up the Liverpool City Region, as part of the Combined Authority’s culture programme. The Borough of Culture is part of the 1% for Culture initiative which commits at least 1% of the Liverpool City Region’s annual gainshare funding (£300k) to cultural projects and activities. Established as an annual award rotating around the boroughs, the Borough of Culture helps to celebrate, amplify and strengthen the existing cultural offer, develop new ideas and initiatives that will underpin future development and legacy. Liverpool City Region is the first combined authority to have control over culture in its devolution deal, utilising many of the region’s existing assets and talent to stimulate cultural and creative opportunities. The Borough of Culture was first launched in St Helens in 2018, followed by Wirral 2019, Sefton 2020, currently with Halton 2021 and will be in Knowsley 2022. The programme rotation will recommence in 2023 back in St Helens.

Temporary COVID-19 measures – what it means for you