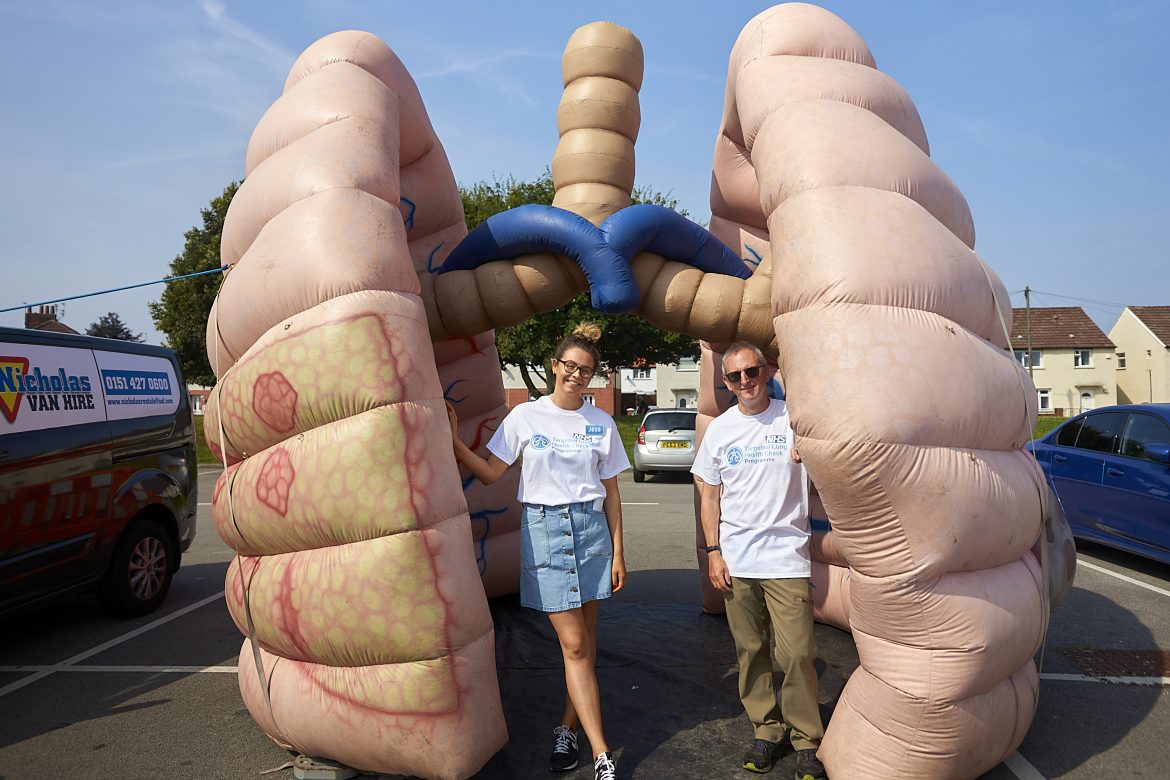 A ground-breaking health check scheme – proven to save lives – is coming to Knowsley.

Lung cancer is a particular problem in the area. According to the most recent NHS figures, 538 new cases of the disease were registered in Knowsley between 2016 and 2018, which is equivalent to 179 new cases each year.

On top of that, the incidence of lung cancer in the borough for the same period was 1.7 times higher than the national average for England.

Lung cancer is notoriously difficult to detect at an early stage as its symptoms only become obvious when the disease has already spread. Around 75% of people in the UK found to have lung cancer are diagnosed when their condition is already terminal.

NHS Knowsley Clinical Commissioning Group (CCG) is working with local GP practices and the Liverpool Heart and Chest Hospital to provide the new scheme. The borough has been chosen to be among just ten locations across England piloting the new Targeted Lung Health Check (TLHC) programme.

The new scheme can radically improve long term survival rates by detecting the disease before symptoms appear. Evidence from similar checks in the USA and Europe, as well as previous UK pilot schemes, shows that the TLHC programme could cut lung cancer deaths by almost a third.

The programme will be launched with a public engagement event at Newtown Gardens in Kirkby Town Centre on Friday 19th November. Staff from NHS Knowsley CCG and Roy Castle Lung Cancer Foundation will be sharing information about lung health and the new scheme.

The event will take place at:

The event will feature the amazing MEGA Lungs, twelve feet high inflatable replicas of the human lung. Visitors can step inside the MEGA Lungs and see for themselves examples of normal lung structures and functions, different lung tumours and conditions, and the effects of smoking.

Following its launch in Kirkby, the TLHC programme will then roll out across the borough in stages. The scheme will target those most at risk of lung cancer according to their age and smoking history

People aged over 55 years old but under 75 who have ever smoked and are registered with a GP within the borough will be invited to have a free lung check with a lung nurse employed by Liverpool Heart and Chest hospital. The initial lung health check will be carried out by phone or video call.

Following the initial check, people assessed as being at high risk of developing lung cancer will be offered a low dose CT scan.

Dr Paul Morris, NHS Knowsley Cancer Lead and Kirkby GP, said: ‘’I’ve been working here for more than 30 years. I’ve seen patients who’ve been diagnosed with lung cancer at an early stage and have been cured. Sadly, however, most are diagnosed at a later stage and their outlook is poor.

‘’So, I’m really pleased that the Targeted Lung Health Check programme is coming here. Early diagnosis by CT scan can improve outcomes, and I urge you to take part in this project when you are called. It’s a great opportunity.’’

Cllr Christine Bannon, Cabinet Member for Health, said: “Unfortunately lung cancer is a real problem in Knowsley and so it is fantastic that this new scheme is coming to the borough. By detecting lung disease early, residents have a greater chance of responding well to treatment and beating the disease.

“I urge residents to visit the engagement session in Kirkby and get checked when invited to do so.”

Independent evaluation shows that around 2% of those having a CT scan will be found to have lung cancer, with over 75% of those cases being caught at the early stage. This is when there is a wider range of treatments options such as curative surgery which can save people’s lives.

Invitations will be sent out to patients at six Kirby GP practices:

A similar scheme in Liverpool ran successfully from 2016 until 2020, when it was put on hold due to the Covid-19 pandemic. In that time, it identified over 120 people who had lung cancer.

One of them was Jo Shoba, who was invited for a lung health check in 2019. At the time, she had no symptoms and felt she was in good health.

She said: ‘’Lung cancer certainly hadn’t crossed my mind whatsoever. I didn’t see myself at any kind of risk. I suppose the only thing would be thinking about my teenage years when I did smoke but that was such a long time ago. Nevertheless, I went on to be diagnosed with early-stage lung cancer.

I didn’t realise lung cancer was something you could have surgery for, and walk away. It was only when the consultant used the word ‘curative’ that I first thought that yes, I might just be cured!

I really can’t believe how lucky I have been. To be back now and feeling fit, joining in with things that make up the fabric of my life, is pretty amazing’’.

Most people diagnosed with early-stage lung cancer through the Liverpool programme have since had treatment intended to cure the disease, as Jo did. The Liverpool TLHC programme resumed earlier this year, with patients referred for CT scans attending at a mobile van parked in a location close to their homes.

Patients referred by the Knowsley targeted lung health checks will be invited to attend a CT scan in the mobile unit. This will be sited on the car park at the Volair Ltd Kirby Leisure Centre in Cherryfield Drive, L32 8SA.

If you would like to know more about the Targeted Lung Health Check programme, contact NHS Knowsley CCG on 0151 254 3032 (Mon-Fri, 9am- 5pm) or speak to your family doctor.

Do you know your Recycle Rights?

Protect your vehicle this winter