Kirkby artist thrilled to open his own exhibition

Leslie Briggs says walking into a Gallery to see a collection of his own artwork is a great feeling and something he “never, ever” expected to happen.

The Kirkby artist was invited to host his own exhibition after curators of Knowsley’s Open Exhibition spotted his entries into the annual competition and noticed how much his work was developing over time.

Eventually, in 2014, Leslie’s painting was named ‘Visitors Choice’ at the Open and he was then approached to see if he would like to submit a collection of his work for his own solo exhibition.

“Walking into the Gallery and seeing your own work is great, it’s just such a lovely warm feeling, I can’t describe it,” says Leslie. “I never, ever thought I’d have my own exhibition and it just goes to show that if you just keep trying and do what you love, you never know where it’ll take you.”

The inspiration behind the art

Faces and Places is a collection of work which captures the people and places that have been significant in his life. They include portraits of family and friends, and important personal moments captured, such as a portrait of Leslie’s daughter as she got engaged. There are also some more well-known faces in there too – including Marilyn Monroe, Mark Knopfler and Audrey Hepburn.

Most of the works have been produced in the last year, and Leslie, who is a self-taught artist, hopes visitors will enjoy the works both individually, but also appreciate his own development.

“People can expect to see a year’s worth of my work and how I’ve progressed, from acrylic to oils, and you can see a change in the way my paintings have evolved.

“I take a lot of inspiration from both the landscape, and people’s faces and so there’s a lot of that in the exhibition. I do tend to study people’s faces as I’m walking around, looking at the colours that are reflected and that kind of thing.”

“I’ve been painting since the age of 21and I used to paint mainly with watercolours,” says Leslie. Family life got in the way and I didn’t paint for six or seven years, but then one day I spotted some acrylic paints, picked them up, got a canvas and started all over again.”

Certainly, Leslie’s work is something that local visitors seem to connect with and enjoy – as well as being a Visitor’s Choice winner, Leslie was also named Adult Visual Artist of the Year at last year’s Knowsley Sports and Cultural Awards.

Come and see Leslie’s work for yourself

There is still time to go along and see Leslie’s work on display at Huyton Gallery – Faces and Place is on until Saturday 14 May 2016. Admission is free.

Huyton Gallery, within Huyton Library on Civic Way, Huyton, is open Mondays, Tuesdays & Fridays from 10am – 5pm, Thursdays and Saturdays 10am –1pm and closed on Wednesdays. 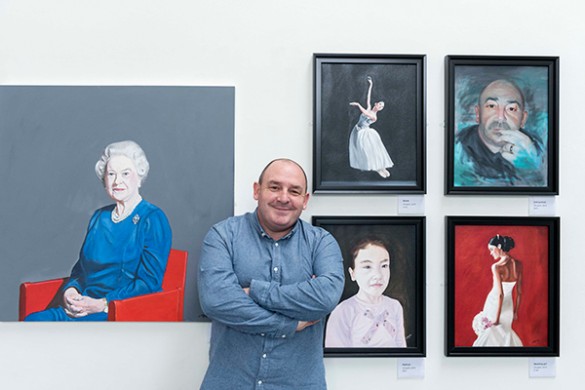 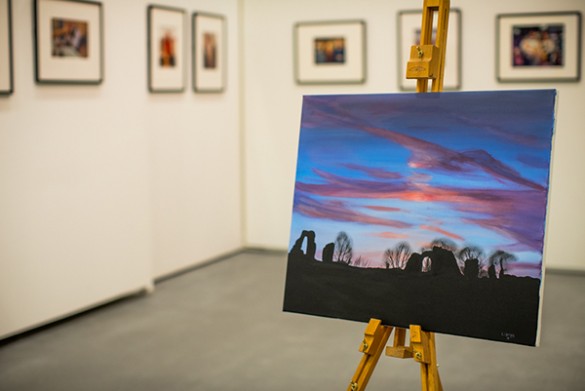 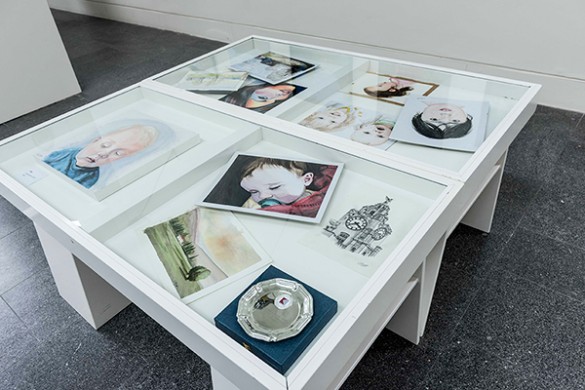 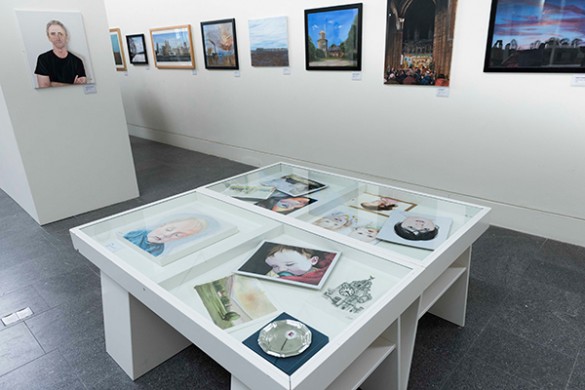 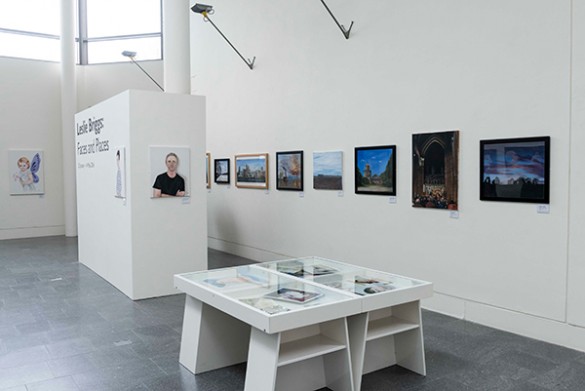 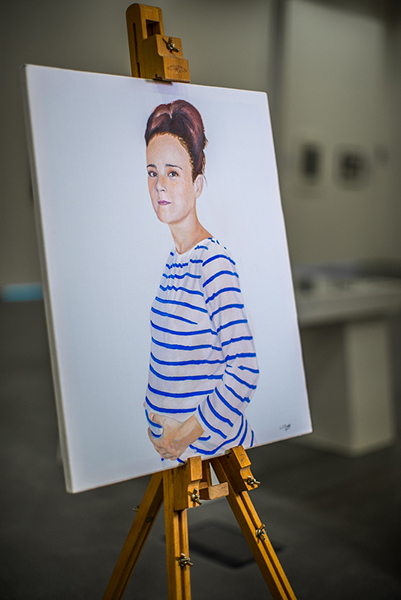 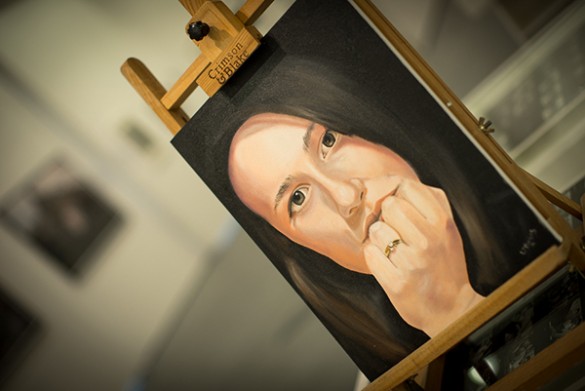 What’s on at Knowsley’s Galleries