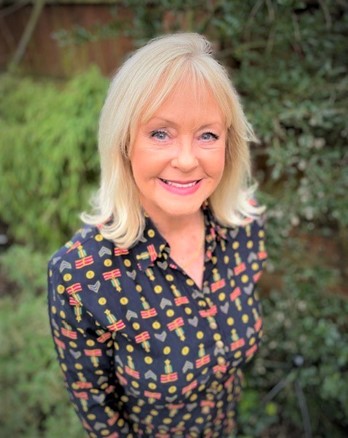 Lesley Martin-Wright appointed as next High Sheriff of Merseyside

Knowsley Chamber of Commerce and Knowsley Council are delighted to announce that Lesley Martin-Wright has been chosen as the next High Sheriff of Merseyside following her selection by the Queen in her capacity as the Duke of Lancaster.

Lesley will retain her position as Knowsley Chamber Chief Executive in a figure-head capacity, whilst the recently strengthened Chamber Team will deliver the day-to-day activities of the Chamber; Lesley will be taking a career break from her role as Head of Business Growth and Inward Investment for Knowsley Council.

Lesley was born in Northumberland, lived and worked in Singapore, then London, and moved to Merseyside in 1989.  Lesley is married to John, and they have 6 grandchildren.

Commissioned as a Deputy Lieutenant for Merseyside in May 2014, and Honorary Colonel of 156 Regiment Royal Logistics Corps in 2017, Lesley says “It’s a huge honour and immense privilege to be chosen as High Sheriff of Merseyside in a most special year when we celebrate The Queen’s Platinum Jubilee.  I am looking forward to meeting and engaging with the many charities and voluntary organisations who do such tremendous work, and the faith, ethnic, cultural and business communities across Merseyside”.

Cllr Graham Morgan, Leader of Knowsley Council, added “I’m delighted that Lesley has been selected as the next High Sheriff of Merseyside. This is a prestigious position and I wish Lesley the very best of luck. From everyone at Knowsley Council, congratulations Lesley.”

Alan Seeley, Chairman of Knowsley Chamber, said: “I am delighted to hear this wonderful news, that I believe will be welcomed and supported by the business community in Knowsley. I look forward to continuing to work with Lesley and the Chamber Team in the exciting year ahead.”

Working together for a cleaner, greener Borough

How you can help Ukraine