By now, you will undoubtedly be well aware that tighter restrictions are being brought in from today, not only for us here in Knowsley, but also across the Liverpool City Region, in Warrington, and across Lancashire.

In case you haven’t yet understood the details, these rules mean that:

As well as the above changes to the law, we are all being advised that:

I know one thing causing a lot of confusion and concern last week was about whether friends, grandparents or other relatives would be allowed to collect children from school and provide childcare outside of their own homes. The new restrictions did not originally allow for this, but because we know that this was a big challenge for a lot of families, we raised this issue with the Government over the weekend and I’m pleased to say they listened. Yesterday they confirmed an exemption for grandparents, relatives or friends who provide regular and consistent childcare support for children under 14 or vulnerable adults where necessary. This is good news for so many local working parents and will make complying with these new rules a little easier.

If you have any queries about the rules and what you can and can’t do, we’ve published some FAQs to help you.

Of course, nobody wanted to see further restrictions being placed on our lives. But I’m afraid that the rising COVID-19 case numbers are a real cause for alarm – if we don’t take action now, more people will become infected and even more draconian measures will have to follow to get the virus back under control.

On social media over the last few days, a number of people have asked me whether I think that these steps are an over-reaction. Some people are quite understandably asking those questions because COVID-19 is yet to directly affect them or their families and friends. In those cases, I do understand why people are fatigued and fed up after six months of disruption to their lives. I also know that some are also starting to wonder whether this virus really is as dangerous as they’ve been told. Lots of people may not know someone who has been directly impacted and they may not have had a loved one be hospitalised or lose their life to this illness. Others may not have heard the stories from front-line workers still traumatised by the people who they have seen suffer at the hands of this virus. To those people, I want to say that I can see how you might not really understand the very real and present danger of COVID-19.  But I also want to say this – if you haven’t seen the virus first hand or seen the lasting impact which it has on people, please don’t believe that COVID-19 isn’t serious enough to make you change your behaviour. Surely it is better to change our behaviours now in order to prevent people from dying than wait until people have started to die in greater numbers before acting?

And for those who are peddling urban myths that the number of deaths includes people who would have died anyway (e.g. car crash victims who then tested positive for COVID-19 after they had died) – do you really think that makes any sense? Do you really believe that the staff of our NHS – the people who we all trust and who we have clapped for – are falsifying the figures and making these stories up?

Since the start of this pandemic, more than 140 people in Knowsley alone have been recorded as having lost their lives to this virus. The true number may well be much higher, because many people who died during the early part of 2020 were not tested for COVID-19. So far, more than 1,400 people are known to have contracted COVID-19 in Knowsley – some of those people are still living with the side-effects of this illness and will continue to do so for some time to come. And, of course, many of our most vulnerable older people have had their lives cut short after contracting this illness – perhaps losing only a relatively small percentage of their lives, but who is to say that this is acceptable in any way?

In the last week alone, we’ve had 245 new cases in Knowsley (this is the 7 day total up to 19 September 2020). This is a rate of 162.4 per 100,000 – the national average is 35 per 100,000. Our neighbouring local authorities have all reported high and increasing numbers of new cases in recent weeks. Back at the end of August, we had 31 new cases in a week, which shows just how much our weekly number of cases has escalated in a very short period of time. We know that every infected person in Knowsley is passing this virus on to other people through their close contacts. If this goes unchecked, the number of infected people will grow at an ever-increasing rate.

I’ve also had it suggested to me that “we know more about this virus now that we did in March…”, as if this somehow means that we should be less concerned by it. While it is true to say that we do know more now than we did in March, we still don’t know a lot of things about the virus, including what the long-term health impacts might be. People are still recovering, and people are still encountering longer term health problems as a result.

I read a news article this week about a study carried out by researchers from Trinity College in Dublin. They looked at more than 120 people 10 weeks on from when they originally had the virus. The researchers found was that 52% of those people still suffer persistent fatigue regardless of how serious their COVID-19 infection was. The research suggests that COVID-19 can infect someone and leave them still unable to function normally several months later, even if they got over the initial illness quite quickly – which is a frightening thought. Surely nobody in their right mind wants to catch this virus?

I say all of this not to scare people, but more to inform and to share some of the insight which I have as someone who meets regularly with our Director of Public Health and other health colleagues who are on the frontline of fighting this virus and doing the best that they can to keep us all safe.

We all want to get back to normal. We all want this virus to go away so we can just “get on with our lives”. But this is not happening yet, and it’s unlikely to be happening for quite a while yet.

That’s why we’re now urging every person in Knowsley to Stop. Think. Do the RIGHT thing.

Read up on the rules and the advice. Find out what you can do to stop the spread of this virus. Play your part – even if it inconveniences you. We all have a duty – now more than ever – to work together in the fight against this virus. 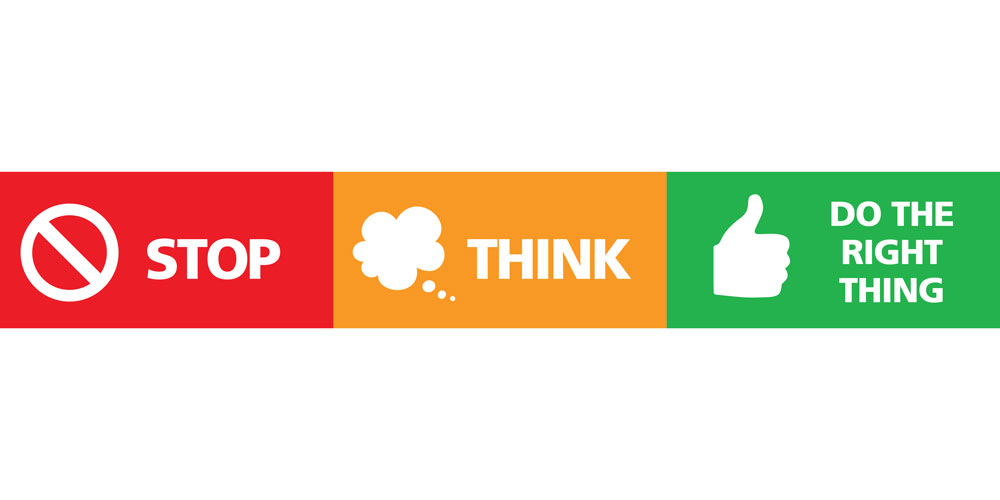 When to get tested for COVID-19