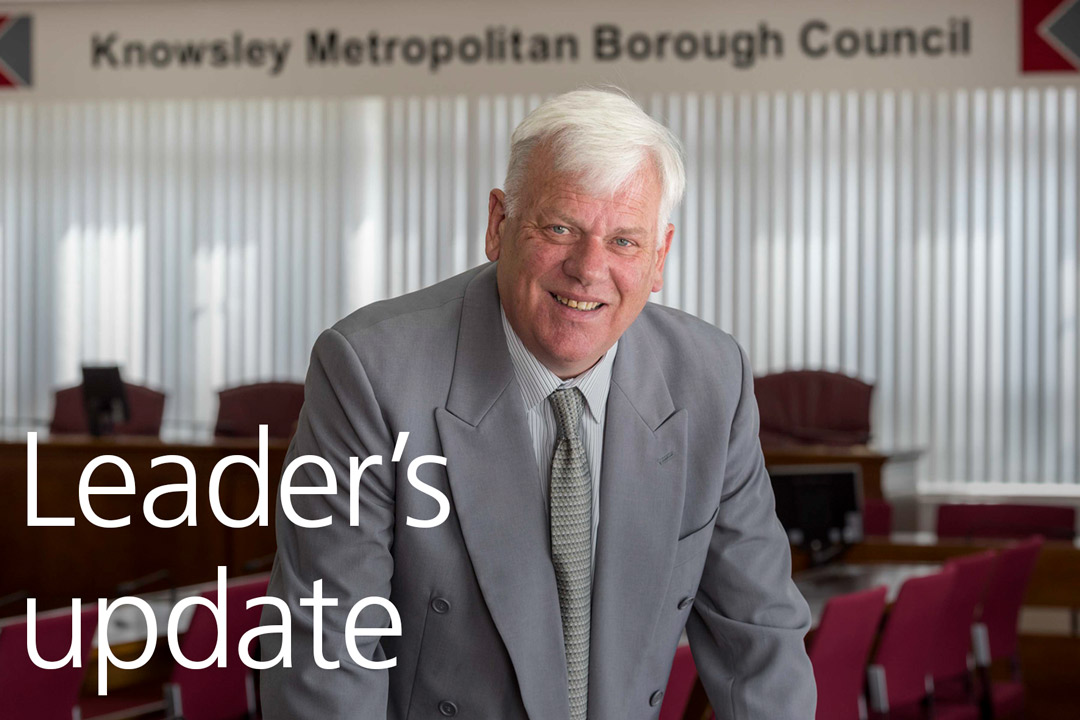 In what will become a regular feature here on Knowsley News, here is an update from Leader of Knowsley Council, Cllr Graham Morgan.

Since taking on the role of Leader of the Council in May, I have certainly had a busy few months. I have devoted my time to reviewing some of our key policy areas as well getting out and about in our communities and meeting residents, businesses and staff.

I want to be much more than just a figurehead for the council and I’m very serious about my responsibility to represent the people of Knowsley – that means talking and listening to them, so that I can understand their views and do what I can to ensure a bright future for our borough.

As part of that “conversation” with residents, I am keen to share with you all some insight into my role and the kind of thing I am actually involved in and doing on a day to day basis.  Hopefully, this regular feature here on Knowsley News will do just that.

As a councillor with 23 years of service and now as Leader of the Council, I’m always listening to local people. That’s why my first action as Leader was to put a stop to the proposals to sell some of our parkland. You, the residents, were telling us loud and clear that you did not want us to go ahead with the proposals, so we did not. My intention is to continue as I’ve started – we are here to listen to the needs and wants of our residents and make sure this borough works for everyone. I also know that sometimes it’s the little things that can mean the most.  That’s why, when the 139 bus service running between Prescot and Broadgreen Hospital was withdrawn by the operator recently, I was determined to secure a replacement service.  I’m delighted that the council was able to step in, thanks to funding allocated for community transport from a local housing developer.  The 139 service may not have seemed financially worthwhile to the operator, but, to the residents who absolutely relied on it, it was absolutely essential.  The new 239 service is now up and running and will soon be adding a couple of additional stops in the light of further feedback that I’ve had from residents. Inside Pinion, the new restaurant on Eccleston Street in Prescot

Across the borough, I’ve been really proud to see so many positive new ventures starting up in the last month or so – not least in Prescot, where a raft of new food and drink outlets have opened recently.

The first to open last month was street food restaurant, The Kingsmen, at Market Place.  This was swiftly followed by Down in Albion, the Watch Factory Bistro, and then Pinion, the latest venture from renowned chef Gary Usher.  Last month, he and I were interviewed about Prescot for the BBC Radio 4 PM programme, and we talked about the incredible impact that the building of the Shakespeare North Playhouse has had.  We are both in agreement that the recent momentum in the town is incredible. One of the new ‘red plaques’, which form a heritage trail around Prescot

Prescot is a place with a rich heritage – something that our new Red Plaque scheme, also launched last month, celebrates fantastically.  As well as those three new outlets opening in September, there are two more to come very soon – Urbano Chiringuito and Mate Bistro.  If you haven’t visited Prescot in a while, I’d certainly urge you to do so as there has been so much positive change lately, and it is particularly pleasing to see so many independent businesses springing up, giving the town a real buzz.  The only problem will be deciding which one of the new eateries you dine at! I’m really pleased that there is plenty happening in our other town centres, too.  The Foodie Friday events have proved incredibly popular throughout the summer in Huyton Village so we arranged for them to make a return in September, after overwhelmingly positive feedback from people living, working or visiting the town.  Two more dates have been confirmed for October and November – and a Christmas special Foodie Friday will also be taking place on 21 December, all of which is great news for Huyton.  I also know that people in the town, and the wider region, will be pleased to hear that the council is also working on securing a bright future for the former National Wildflower Centre at Court Hey Park – with organisations being invited to submit their proposals for something new and exciting which can enhance the offer we have in the park for years to come.

Work on redeveloping Kirkby town centre is also picking up pace.  Some of the work under way is not immediately visible, because it is the technical and legal work that is necessary with a development on this huge scale, but St Modwen and Morrisons have both recently reaffirmed their commitment to the project and confirmed that their programme remains on schedule.  I know this is a much anticipated scheme which will be welcomed by shoppers and retailers alike, so it’s great to know that all is going to plan. Last month also saw work begin on Liverpool Football Club’s new training complex in Kirkby.  I had the pleasure of meeting Jurgen Klopp down on the site last month and even I – as a lifelong Blue – was pleased to see the Club’s investment and commitment in the town.  As well as being a fantastic base for the second-best team in Merseyside (sorry, couldn’t resist!), the development is also fantastic news for grassroots football in Knowsley, as it means the significant re-development of the Eddie McArdle community playing fields, including upgraded football pitches with lighting and new changing facilities.  Knowsley has a proud history of cultivating some world-beating footballing talent and, with yet more state of the art facilities in our borough, long may this continue! At the launch of the Callenders Green showhomes

Housing is another big priority for Knowsley and we have ambitious targets to see 10,000 new homes built in the borough by 2028.  That work is well under way and there are currently 37 active housing development sites across Knowsley.  One of these is Callenders Green on Scotchbarn Lane in Prescot, where I was invited to attend the official opening of the Show Homes recently.  This development, by Stewart Milne Homes, is a mix of 68 two, three, four and five bed homes, and includes affordable housing. It is transforming a brownfield site and offers another high quality option for people looking to set up home in our borough. Invest Knowsley will help make it easier for business to invest in our borough, creating more jobs and opportunities locally.

All of the above demonstrates that Knowsley is a place which continues to attract investment, with developers feeling confident about the borough’s future.  Last month’s launch of Invest Knowsley – bringing together several organisations, all of which support and guide businesses looking to establish themselves or expand here – should help to bring even more positive investment here in the years to come.  That’s good news for all of us, because more job opportunities, leisure, retail and community facilities will help to improve our experience of living here in Knowsley. Let’s Talk 2030 is your chance to tell us what you would like the borough to be like in the future.

Talking of which, we’ve just launched one of our most ambitious pieces of consultation work ever.  As we look ahead to the next decade and beyond, we’re asking you what you want Knowsley to look like in 2030.  What kind of home will you want to live in?  What would your neighbourhood be like?  What issues do you currently experience living, working or visiting Knowsley which you think need to be addressed – and how would you address them?  Our #LetsTalk2030 consultation wants to hear your thoughts and, over the coming months, we’ll be asking your views on anything and everything to do with our Borough and its future.  There are multiple ways to get involved – fill in our online survey, join a focus group, or simply send us your opinions via the Knowsley2030 Twitter or Facebook accounts.  We will use your feedback to help us determine our strategy for the future of Knowsley.

Right now I’m looking ahead to autumn and winter, with lots more in the diary and on my to do list for the weeks to come, more on those in my next update! 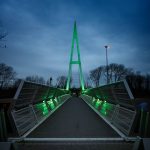 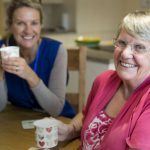