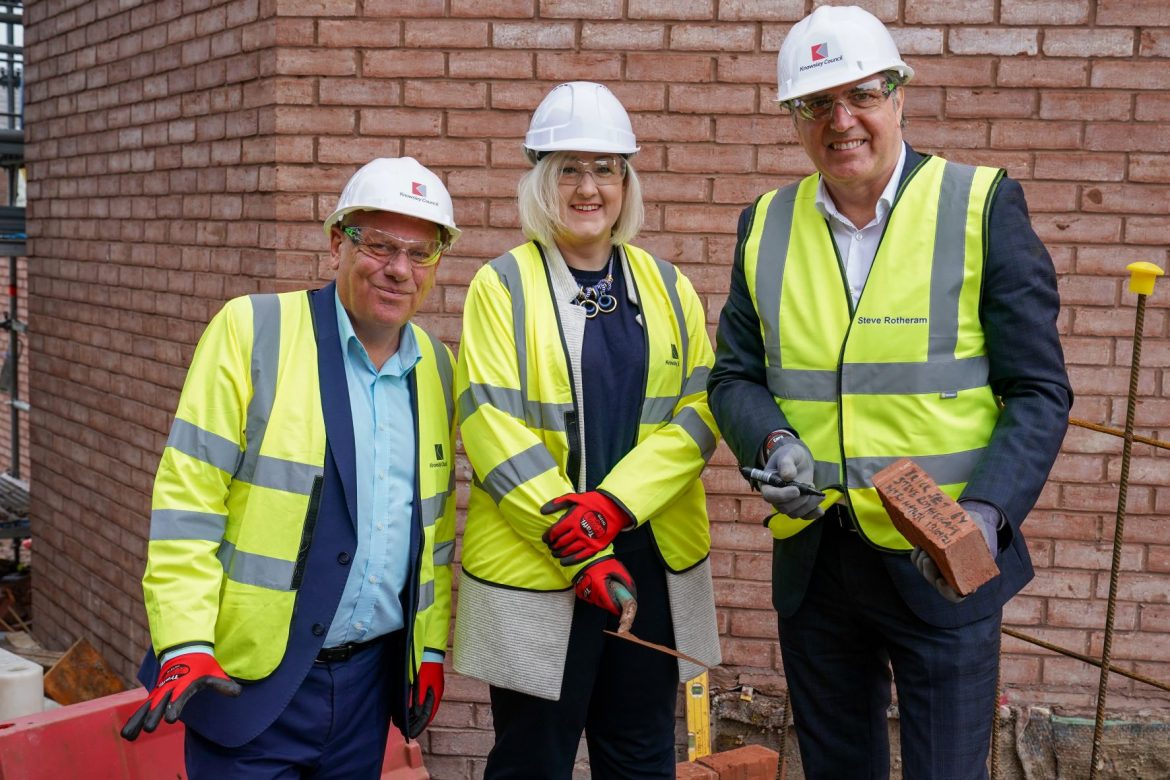 The construction of The Shakespeare North Playhouse in Prescot has reached another momentous milestone as the brickwork on the building comes to an end.

Construction of the theatre started in February 2020 and despite the impact of COVID-19, work on site has continued to successfully progress throughout the pandemic.

The striking building has risen out of the ground and is now a prominent landmark within Prescot and further afield. To mark this milestone in progress, Liverpool City Region Metro Mayor, Steve Rotheram was invited to lay some of the final brickwork.

Steve began his career as an apprentice bricklayer and has visited The Playhouse site on many occasions during its development. He said:

“It was great to be able to dust off my trowel and lay some of the final brick at the magnificent Shakespeare North Playhouse.

“Our region is the country’s cultural capital, and the new playhouse will give people from across the UK and further afield another fantastic reason to come and visit. It’s going to be a brilliant resource for the local community, especially budding actors and local schoolchildren. I know that it will play a big role in Knowsley’s year as our Borough of Culture in 2022.”

Mayor Rotheram was joined on site by Knowsley Council Leader, Graham Morgan and Melanie Lewis, the new Chief Executive of the Shakespeare North Playhouse who also took part in the final bricklaying. 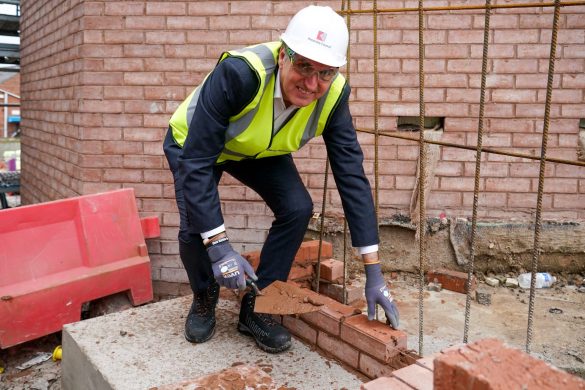 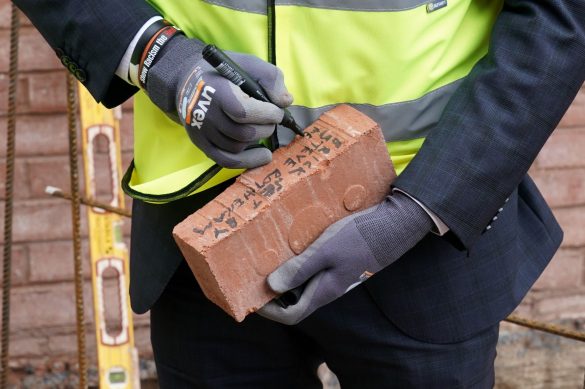 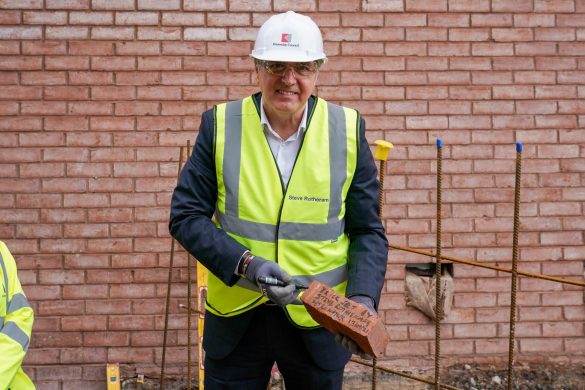 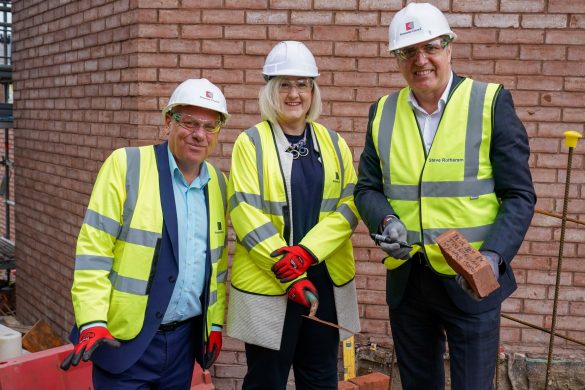 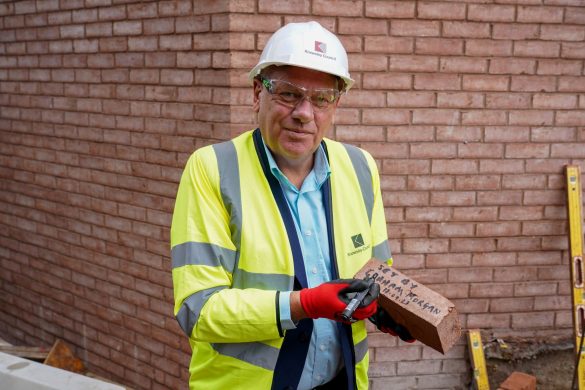 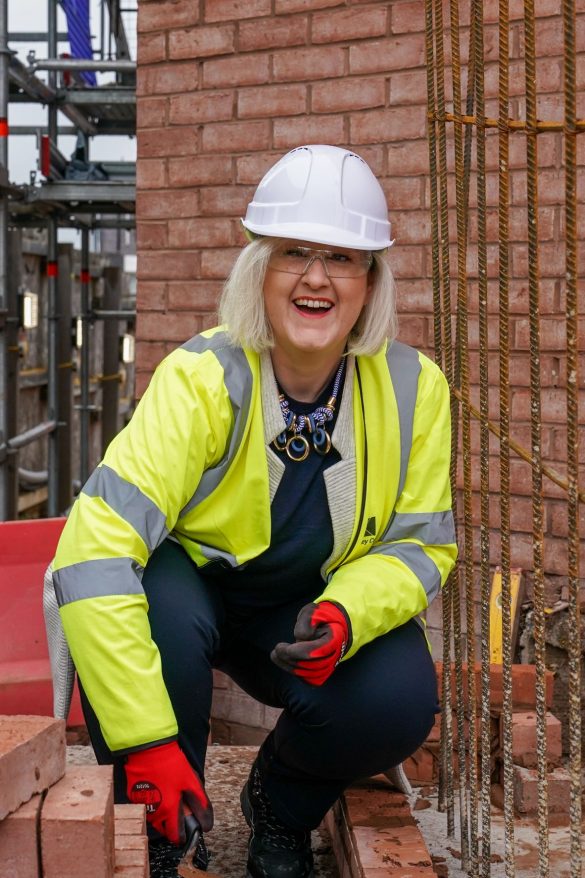 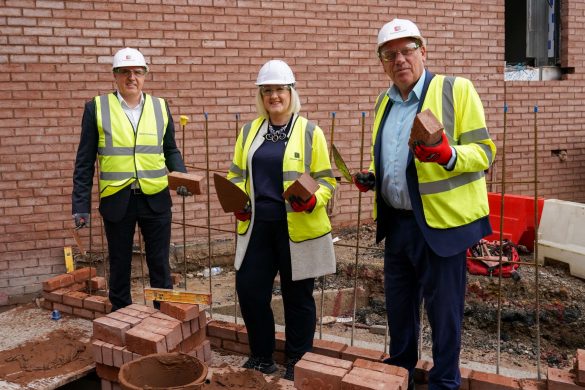 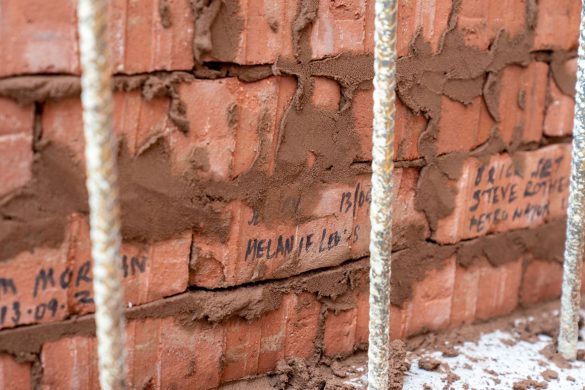 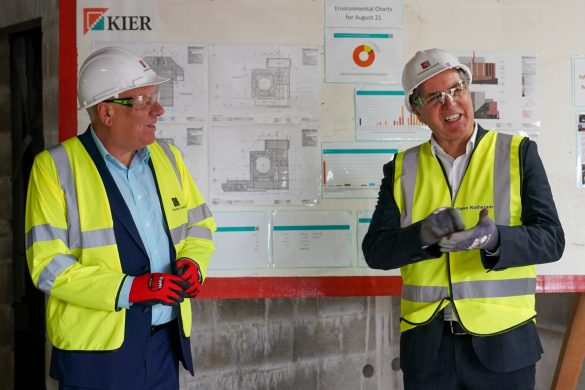 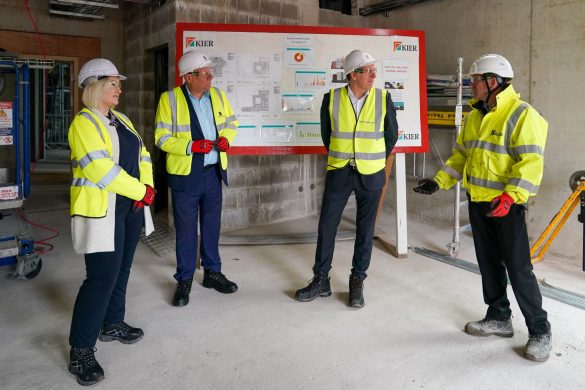 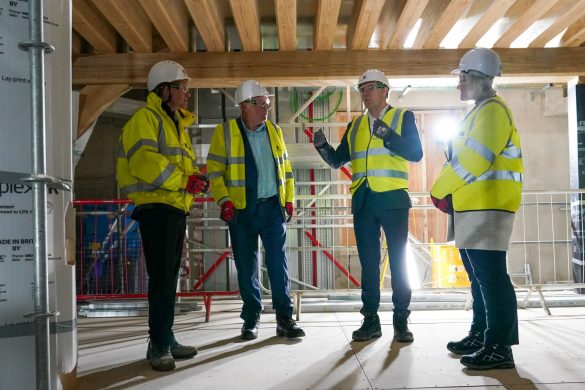 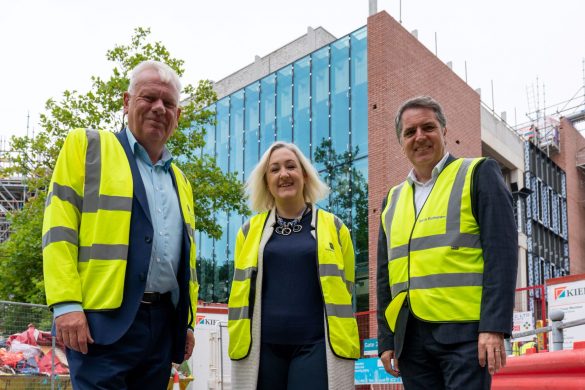 “The Shakespeare North Playhouse will be such an exciting cultural attraction for Prescot and the Liverpool City Region and I am thrilled to be involved in marking this milestone. To play a small part in the construction of the building is a real honour and to know that this time next year we will have performances and so much more happening inside the building, is so exciting.”

“Once again, I am amazed to see how much progress has been made since my last visit. Each milestone on this development brings us one step closer to opening the doors of The Shakespeare North Playhouse. It makes me so proud to know that we will soon be welcoming the people of Prescot, Knowsley and beyond to be a part of this wonderful theatre.”

The jewel in the crown at The Shakespeare North Playhouse is the extraordinary timber framed theatre, installed earlier this year by specialists McCurdy and Co. Based on the iconic 17th century ‘cockpit-in-court’ design, it will have capacity for between 320 and 472 seats.

The Shakespeare North Playhouse will open next year and will be a key highlight of Knowsley’s year as Liverpool City Region Borough of Culture in 2022.

Even before it is completed, the Playhouse is already having a significant impact on the local area with new high street business moving to Prescot, 1500 new homes being built in the area and significant investment in public realm and connectivity improvements.

The Playhouse is expected to attract more than 100,000 visitors each year once established, bringing a boost of more than £5.3 million to GVA and a range of employment opportunities linked to the project.

The Shakespeare North Playhouse has successfully secured funding from Knowsley council (£12m), central government (£5m) and the Liverpool City Region Combined Authority (£10.5m). It was recently awarded a £3m Capital Kickstart Grant as part of the government’s funding package to help protect the UK’s culture and heritage sector from the economic impact of COVID-19.

Alongside this public sector support, the project has also secured contributions from two national grant making trusts (Garfield Weston and the Foyle Foundation) and a major donation of £700,000 from the Sir Ken Dodd Charitable Foundation Trust. In addition, individuals and companies can donate online, sign up to a direct debit contribution or donate via the Knowsley Chamber 100 Club.