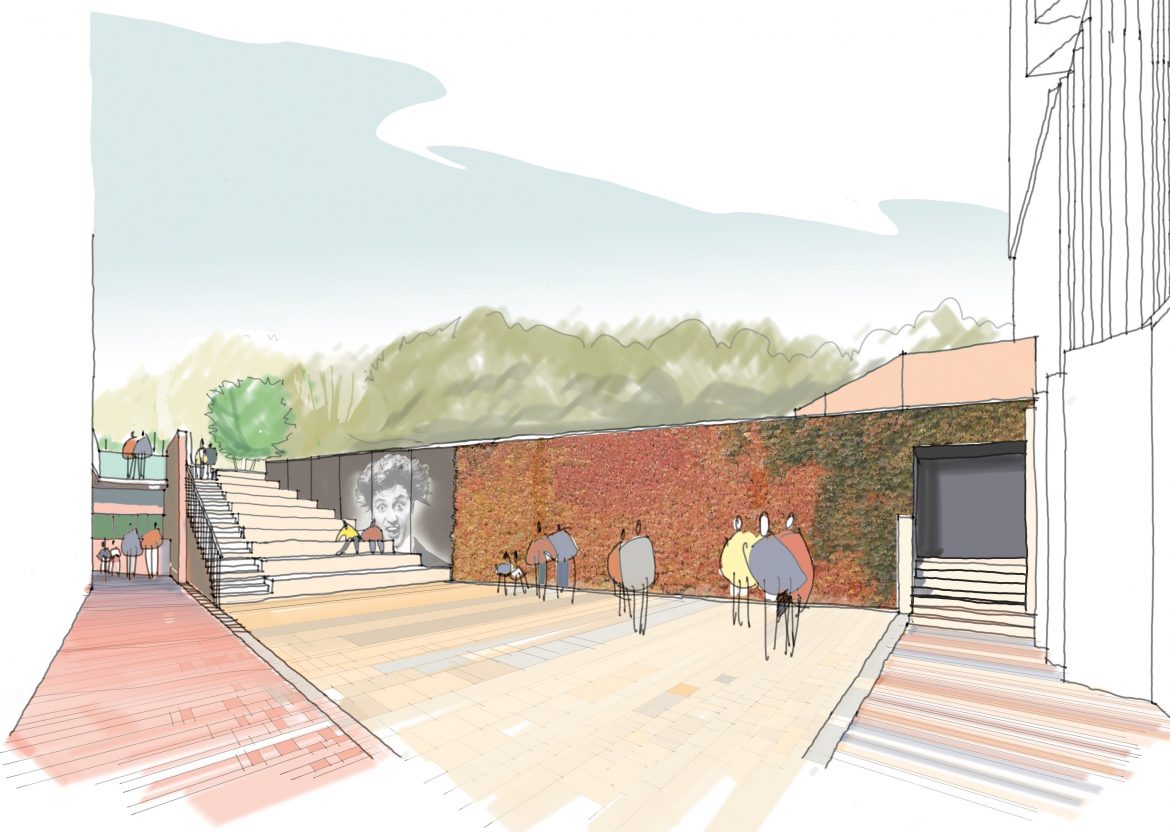 BBC ONE’S The One Show, along with The Shakespeare North Playhouse, has launched an exciting new playwriting competition for young people called As You Write It – Your Play on Stage, backed by Lady Anne Dodd, widow of comedian Sir Ken Dodd.

In an exclusive interview with The One Show, Lady Anne Dodd talks about why she has used money from the Ken Dodd Charitable Foundation to contribute to The Shakespeare North Playhouse and why the competition would mean so much to him.

“Ken’s real love was the theatre and Liverpool”, Anne recalls, “and he set up the Ken Dodd Charitable Foundation some years ago and I’m now able to use the money in that foundation – and his legacy – to fund a lot of different and wonderful projects, one of which is this Shakespeare North Playhouse theatre.

“Ken was approached a couple of years before he passed, and he was absolutely delighted to be able to help with this project,” she continues.

The competition gives children and young people across the UK the opportunity to see their ideas come to life on stage and inspire the next generation of playwrights – as well as encouraging a love of theatre and the arts. When finished, the winning plays will be performed at The Shakespeare North Playhouse, which is due to open its doors in 2022.

“Ken was very interested in children being encouraged in the arts,” said Anne.  He always said he was given a lot of encouragement and he thinks we have to do that. He would have liked this idea.  He won a writing competition himself when he was 11, and I’m sure the local kids are really excited about this too.”

The One Show film reveals that the initial investment the Foundation put in was £250,000 to the Shakespeare North Playhouse project, but it will now be investing around £700,000 in total to complete the Performance Garden, an outdoor multi-use space that can be used for performance and teaching.

“The Performance Garden is like a mini amphitheatre, people will sit on the steps, and Ken loved amphitheatres when we used to travel around Europe,” said Anne.

“One of the ideas I had was that famous phrases from Shakespeare should appear on the steps as you go up, and interspersed with ‘How tickled I am’, ‘tattyfilarious’, ‘plumptious’ – a few of Ken’s well-known phrases.

The Playhouse, which is currently being built in Prescot on Merseyside – not far from where Sir Ken Dodd was born –  is set to complete the UK’s Shakespearean triangle with London and Stratford-upon-Avon.  At the centre of the new building will be a flexible theatre with capacity for between 320 and 472 seats, based on the iconic 17th century ‘cockpit-in-court’ design. This is particularly apt as Prescot was the only place outside London to have a purpose built theatre in Elizabethan times.

“Ken just loved Shakespeare because of the words, he was such a wordsmith. A lot of people may not recall – way back in 1971 Ken played Malvolio in Twelfth Night. Some people thought he might not stick to the script, but he did, he was word perfect from the first day. He got wonderful reviews.”

“I’m really waiting for 2022, when we’re all going to come here and see such wonderful performances. You know Ken would be really thrilled to bits.  He would have loved it, he really would.”

“The late Sir Ken and Lady Anne have been such wonderful supporters of The Shakespeare North Playhouse for many years. The ongoing encouragement, enthusiasm and generosity has been such an amazing boost to the project.

From talking to Lady Anne I know just how much the Playhouse means to her and how important she views the arts and culture for young people – a sentiment we also share.

I know that like me, and many of our residents, she is so excited to see the progress being made on the Playhouse and looks forward to it opening to the public in 2022. What an amazing asset it will be for Prescot, Knowsley and the North of England as a whole.”

The competition is open to all children and young people aged between 7 and 16 years old. It is open for entries and the deadline for entering the competition is just before midnight on Monday 31st August 2020. People can enter the competition by visiting bbc.co.uk/theoneshow where you will also find the full terms and privacy notice.

Strategy to shape how Knowsley will look in 2030

Mental health support available to everyone