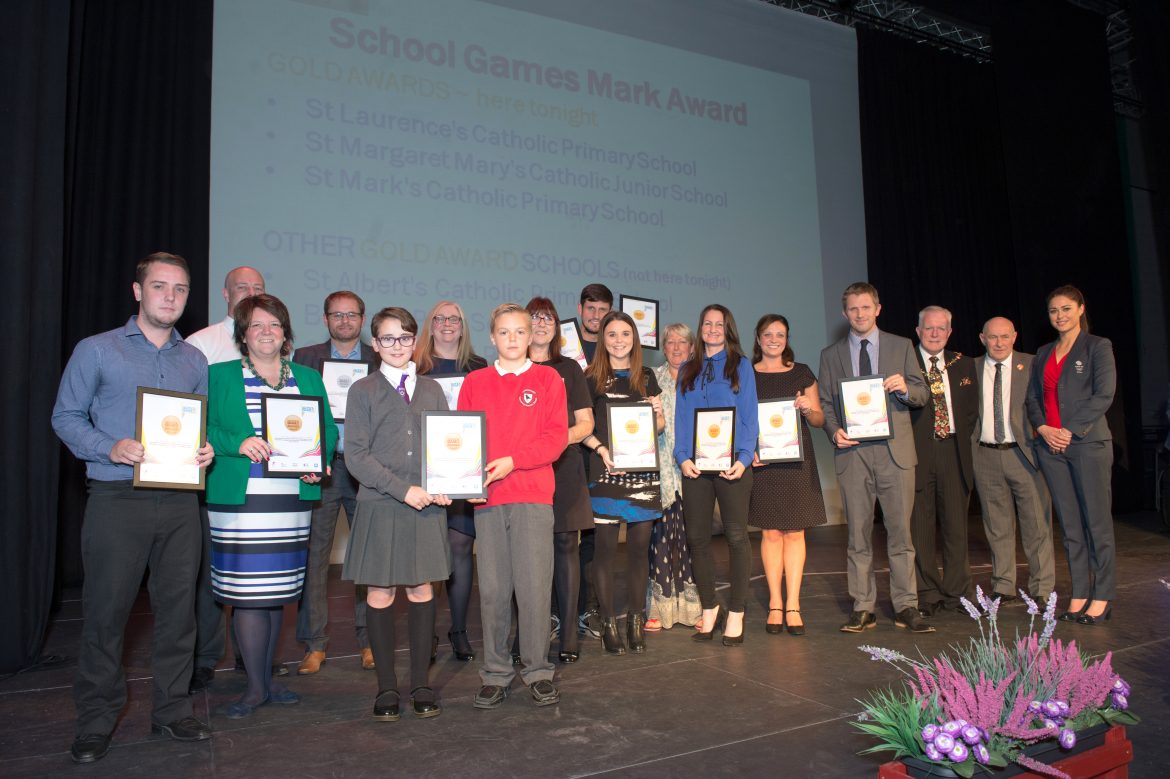 Many of our schools were among those awarded at this year’s Knowsley Sports and Cultural Awards earlier this month.

Schools play an important part in inspiring a generation in sports and culture, giving pupils opportunities to try new things and get involved.

Here are the schools which were recognised for their particular achievements this year: Winners of the Schools Cultural Education Achievement of the Year

The Kirkby Collaborative is made up of 12 primary schools, two secondary schools and one special school in the north of Knowsley. As the Collaborative Development Manager, Steve Dixon has been the creative force behind a strong relationship between the town’s schools and Knowsley Culture Education Hub. As a result, the schools have placed Kirkby gallery at the heart of their creative curriculum.

The Gallery’s current exhibition ‘Drawn from Life’, featuring pieces on loan from the Arts Council Collection, will be seen by more than 1,000 school children from across the borough. Steve has been pivotal in raising the profile of arts in education and has really helped put Knowsley on the cultural education map, with the Arts Council seeing this creative collaboration as a model of good practice. The school was recognised for its commitment to giving as many pupils as possible the opportunity to take part in sport – having entered 300 children into 32 sports competitions recently. In doing so, Park Brow had success in many different sports, including football, boccia, new age curling and high 5 as well as individual winners in cross country. Judges praised the ethos of the school which is about raising opportunity for participation regardless of winning.

Ravenscroft Athletics team entered and won the Knowsley Quad Kids competition in the summer term, coming first out of nine schools. Following their success in Knowsley, they went on to the Merseyside School Games to present the borough. All of the team performed with outstanding effort and were crowned Merseyside champions finishing ahead of the representative schools from the other Merseyside boroughs. Ravenscroft finished the year as both Knowsley and Merseyside champions too. The School Games Mark is a Government-led awards scheme launched in 2012 to reward schools for their commitment to the development of competition across their school and in the community.

This year there has been a large increase in the number of Knowsley schools achieving the award, especially at the Gold standard.

At the Knowsley Sports and Cultural Awards, the following schools received the mark: