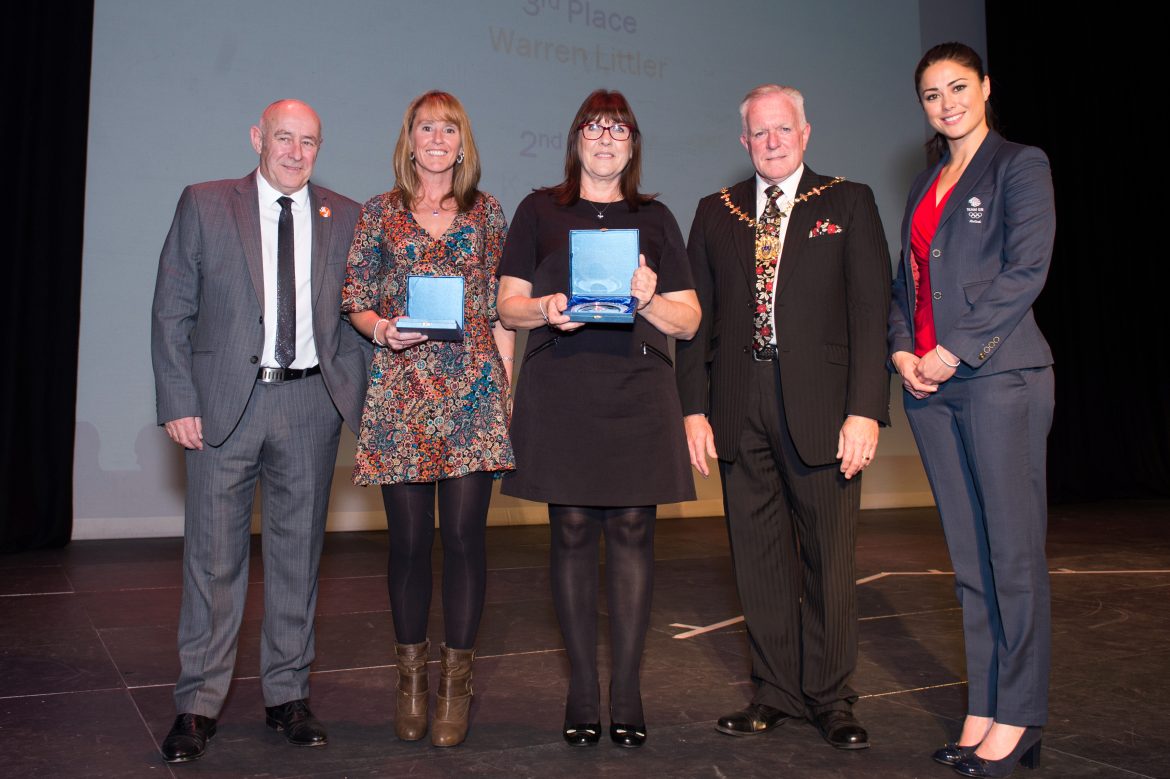 The dedication and commitment of Knowsley’s volunteers were recognised at this year’s Sports and Cultural Awards – and from hearing the winners’ stories, it is clear that they play a vital role in giving other people access to opportunities to take part.

Here’s who won in each of these categories…

Volunteer of the Year An inspiring group of deserving Volunteers of the Year 2016

As a volunteer with Nugent Care, Thomas has supported many people who are isolated and lonely, who might otherwise struggle to leave the house on their own.

Among the people whose lives Thomas has improved, is a gentleman who has dementia and is registered blind. Thomas takes him on walks in his wheelchair, takes him to reading groups, singing for the blind sessions and to the dementia café. As a result, the gentleman has built up a good relationship with Thomas and enjoys the time they spend together. It also gives the gentleman’s wife some restbite from her caring duties and she knows her husband is safe and happy with Thomas.

Thomas also volunteers as a driver, taking groups of older people on days out. He has recently completed Read to Learn training so that he can visit housebound people and read to them.

All in all, the judges felt that the time Thomas gives up is having a hugely positive impact on the wellbeing of those people he is caring for, and their families. Well done Thomas.

Norma is one of 15 volunteers at Kirkby Gallery who helps to look after the artworks that are on display there. Not only that but she has a wonderful rapport with gallery visitors and goes out of her way to ensure people enjoy their visit to the gallery.

In fact, her nominator described Norma as “one of the kindest souls I’ve ever had the pleasure of working with”. And the judges certainly agreed.

Emma is a volunteer with the RAF Air Cadets as a civilian instructor based at 1982 (Huyton Squadron). She gives up her time to deal with staff, cadet records, and liaise with other units locally and nationally. At weekends, she takes part in camps and co-ordinates the squadron’s sports team.

In fact, without Emma’s efforts, the squadron simply would not be able to operate.

Young Volunteer of the year Picking up the Young Volunteer of the Year award from Cllr Eddie Connor and Olympic medalist Sam Quek.

Nathan has been a member of the Knowsley Harriers running club for two years. Six months ago, he was asked to coach the junior section. At first, he wasn’t sure if he could make the commitment to the role, as he was busy studying for his A Levels and training hard with his own running. But, with the threat of the junior section of the club having to cease if nobody stepped forward to supervising training, Nathan took it on and was immediately hooked!

He now trains and encourages the juniors, who thoroughly enjoy his sessions. He communicates remarkably well with both the young people and parents alike.

Recently, Nathan has been involved in organising one mile junior races which is something Knowsley Harriers have never done before (he spent 3 nights bagging up sweets as prizes!), encouraging runners not just from his own club but from throughout Merseyside to participate in competitive racing.

His advice and training of the young Knowsley Harriers athletes was clearly evident in these junior races with a big improvement in the times that they were running.

Nathan has recently received three excellent A level grades and is now studying at Liverpool University. Despite this, he remains committed to training the juniors and is embarking on his first coaching qualification as part of the club’s commitment to develop young coaches for the future.

Elle, from Kirkby Air Cadets, takes part in planning all of the volunteering opportunities the squadron is involved in. She takes part in bag packing, motor club assistance of the gate staff and clearing of the site and in the Knowsley Active Challenge marshalling races as well as several other roles. As Sergeant she leads the younger cadets and supports them through their exams and personal development.

Elle is currently planning first aid courses for the squadron to ensure that the younger cadets have valuable life skills for the future.

With a real passion for sport, Steven is an active participant and a young leader. As a volunteer at Kirkby High School, he was involved in coaching sport and officiating matches and competitions. He embraces new challenges and gives 100% to whatever he is doing.

With the ability to motivate his peers and children that are younger than him, Steven is a fantastic role model.

Sport Volunteer of the Year Winners of the Sport Volunteer of the Year award

Marjie is a local school teacher and is described as an enthusiastic professional who has put her heart into teaching, as well as plenty of her own time to make sure that young people have the opportunity to experience a variety of sports. In her own time, she has taken disabled children to national athletics finals in Blackpool, basketball teams to watch professional games, football teams to Yorkshire and the list goes on!

Having done so much for the children of Cherryfield Primary, Park Brow Primary and Knowsley, Marji is a worthy winner of this award. She has put her heart and time into supporting many children to become successful and gain experiences that will help shape their lives.

When Knowsley Harriers were in danger of losing their junior section training sessions earlier this year, Karen stepped forward despite not having any previous experience of coaching or working with young people. She took charge and as a result, 20 athletes a week are able to continue their training. Not only has she worked with Volair to help develop the offer at the track for young people, she has helped to secure funding with the club to ensure long term sustainability.

Without Karen’s enthusiasm, commitment and her willingness to learn, there may have been a group of young people lost to the sport. Judges agreed she was well deserving of recognition for this achievement as volunteer.

Warren has been supporting the Whiston Taekwondo Club for the last two years and this has involved setting up training sessions in the hall, taking it down, assisting students with training patterns and helping with transport to and from competitions. He is extremely well thought of by the club and is intrinsic to the club continuing.