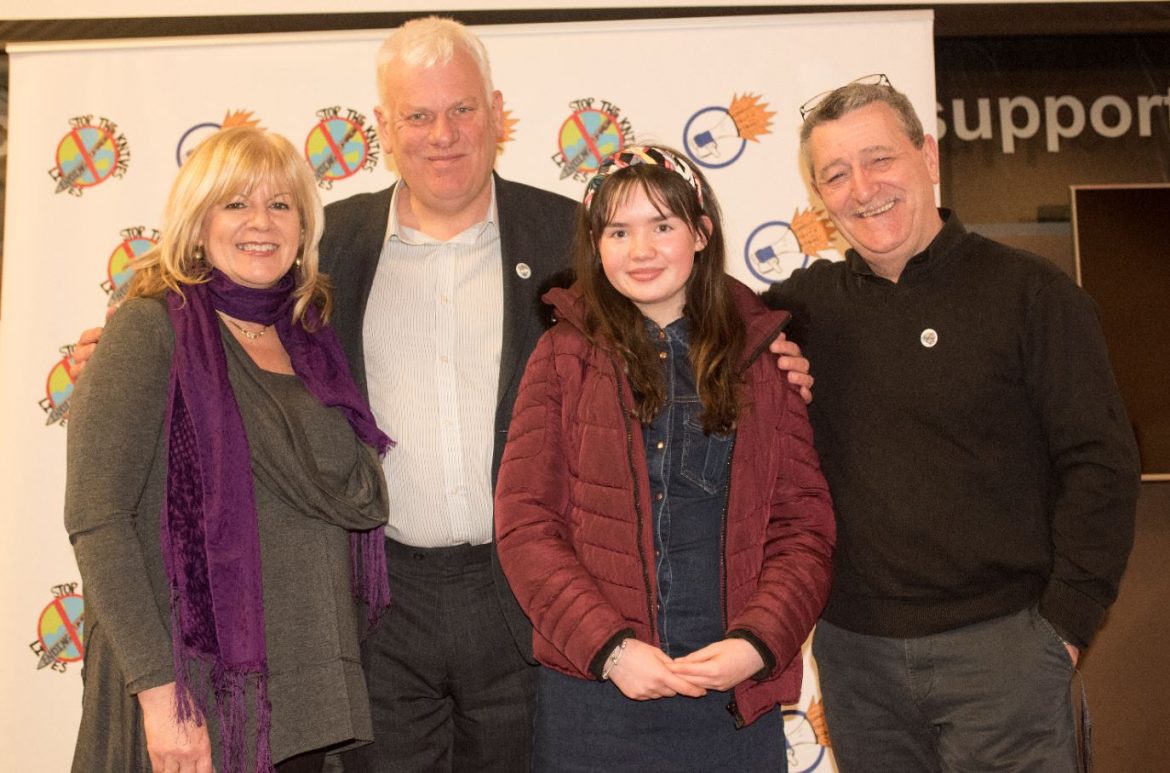 Young Knowsley residents are making the borough proud by launching a pin badge that takes a stand against knife crime.

Knowsley’s Youth Cabinet are a group of young people aged 11 – 18 who work on tackling issues that they are passionate about and represent young people’s voices and views in Knowsley. Together with pupils from St Edmund Arrowsmith Catholic High School they have designed and produced a pin badge which will be sold to raise money for Knowsley Youth Cabinet campaigns and the ADAM Foundation, a charity set up by the family of Adam Ellison, the 29 year old who was stabbed to death in Prescot in 2017.

In a recent Make Your Mark ballot, a UK Youth Parliament poll, members of Knowsley’s Youth Parliament as well as young people from across the borough voted that ending knife crime was a priority issue. The Youth Cabinet invited Knowsley secondary schools and youth groups to host a competition for pupils to design the badge responding to this concern. 12 year old St Edmund Arrowsmith pupil April Beadman created the winning design which uses the slogan “Stop the Knives Ending Lives”.

“We are really proud of the young people who have been involved in this project. They are an absolute credit to Knowsley and represent our community so well. Knife crime is a concern across the whole of the country so it is wonderful to see our young people in Knowsley taking the initiative and making a positive contribution to raise awareness of this important issue.”

“I am honoured to lead Knowsley Youth Cabinet which is full of incredible young people. We listened to the young people of Knowsley and the outcome of Make Your Mark 2019 vote. Knife crime was the top issue which they wanted to see change for the better. We hope the community can get behind us and spare a pound to make a difference.”

The pin badge was officially launched at a special event on Wednesday 19 February 2020 at Ourplace. This community event was open to everyone, with something for the whole family to enjoy including slime making, use of the interactive rock climbing wall, and cake decorating.  Young Knowsley residents also showcased their talents in an open mic session. 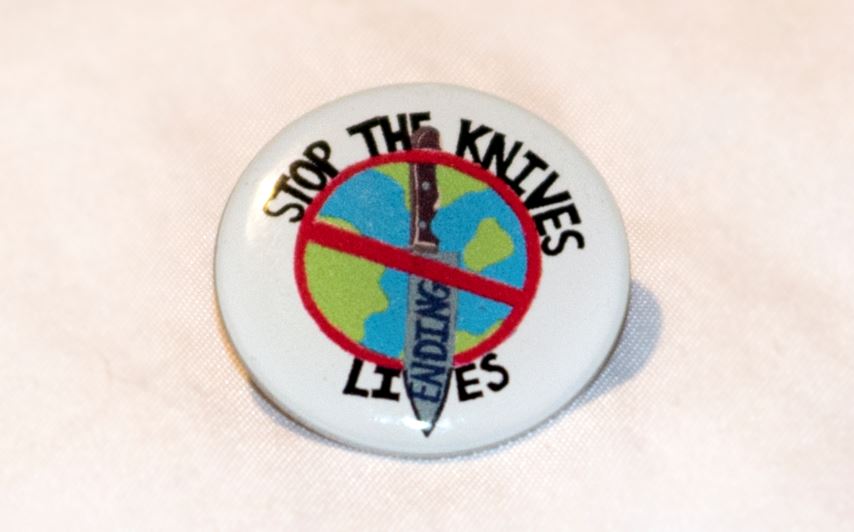 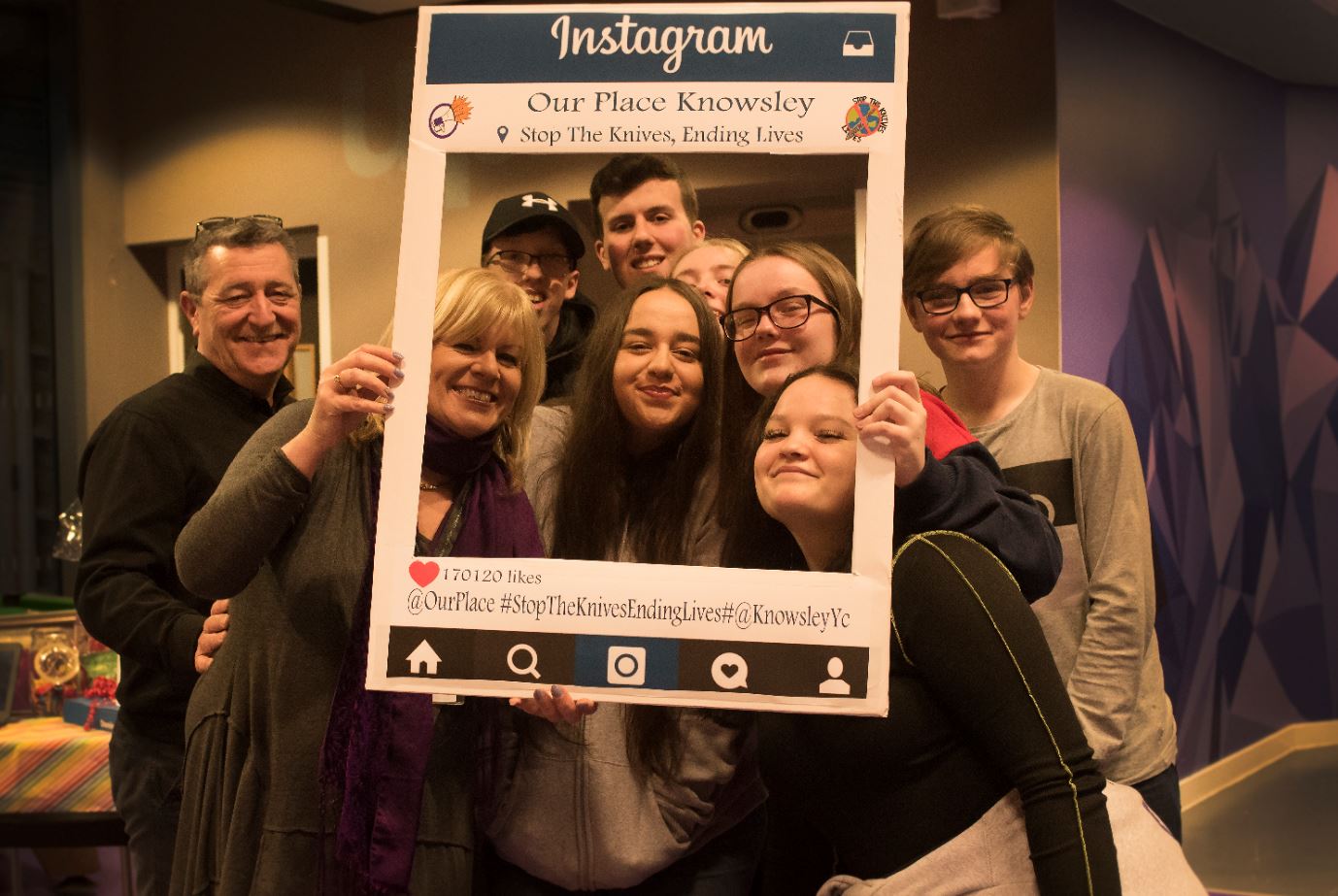 If you or someone you know wants to become a member of youth parliament get in touch with Helen McGorrin on 0151 443 5323 or email info@knowsleyyc.co.uk. Youth Cabinet meet on the first and third Wednesday of the month at Ourplace Youth Facility from 5pm to 7pm.

For the Record: Foxes Bank Cemetery and CCTV