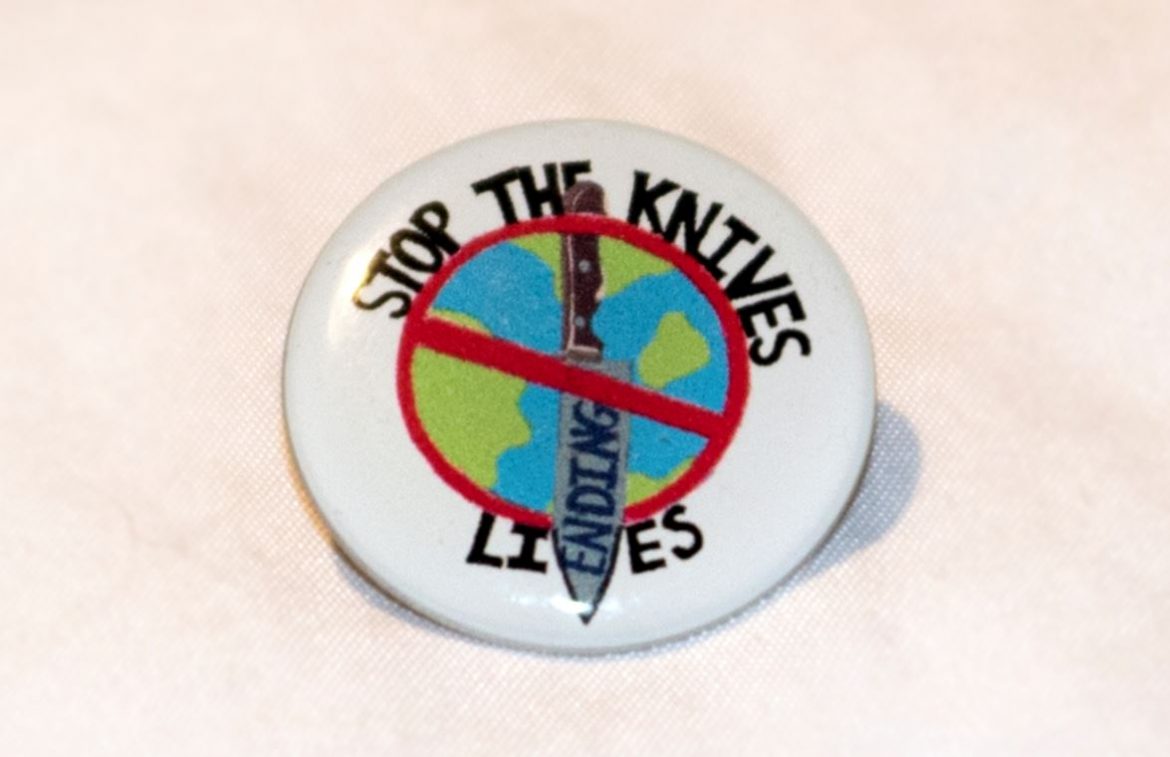 Knowsley’s Youth Cabinet’s campaign, Stop the Knives Ending Lives has been nominated for a National Crimebeat Award. The winners will be announced on Tuesday 16 March.

Stop the Knives Ending Lives is a youth driven programme to reduce the number of knife related incidents across Merseyside.

National Crimebeat is a Charity which rewards youth groups and individuals who have developed projects that help to reduce crime as well as recognising positive work being undertaken in the community.

The Youth Cabinet’s campaign was devised to raise awareness about the impact of knife crime through engagement with community partners and secondary schools across the borough. The initiative was developed following incidents of knife crime that have occurred in the borough including the tragic murder of Adam Ellison in 2017.

Constable Hughes from Merseyside Police, worked with Jess, a student at St Edmund Arrowsmith Catholic High School and an elected Member of Youth Cabinet for Knowsley to work with her Youth Cabinet team in delivering this innovative knife crime programme.

Cllr Shelley Powell, Knowsley Council Cabinet Member for Communities and Neighbourhoods, said: “This nomination is well deserved and it’s brilliant to see Knowsley’s Youth Cabinet being recognised for their dedication and hard work. We should all be incredibly proud of these young people for creating and driving positive change in our borough.”

Inspector Sharon O’Brien of Merseyside Police said: “The Community is at the centre of this initiative with the aim to reduce incidents of knife crime and raise awareness. But this is just the start of the journey. The programme aims to promote the voices of young people, listening to their worries and acting upon them. It is with great pleasure to see this initiative be so well received and I can’t wait to see this scheme continue to grow.”

The High Sheriff of Merseyside said: “I am pleased that this nomination has received national recognition and I wish them every success. It is exciting to see them get recognised along with other initiatives being created to protect our wider community.”

More about the Crimebeat Awards
Merseyside Police coordinate the awards for the county on behalf of The High Sheriff of Merseyside. The High Sheriff then selects the local winners and puts them forward for the national awards.

The ceremony will be held virtually, and Knowsley Youth Cabinet’s award nomination falls in the ‘Youth Lead’ category.

Regardless of where the idea has come from, the project should have a beneficial effect on the community aimed at reducing crime, either directly, or by preventing crime from being committed.

Greystone footbridge to go purple in celebration of Census 2021