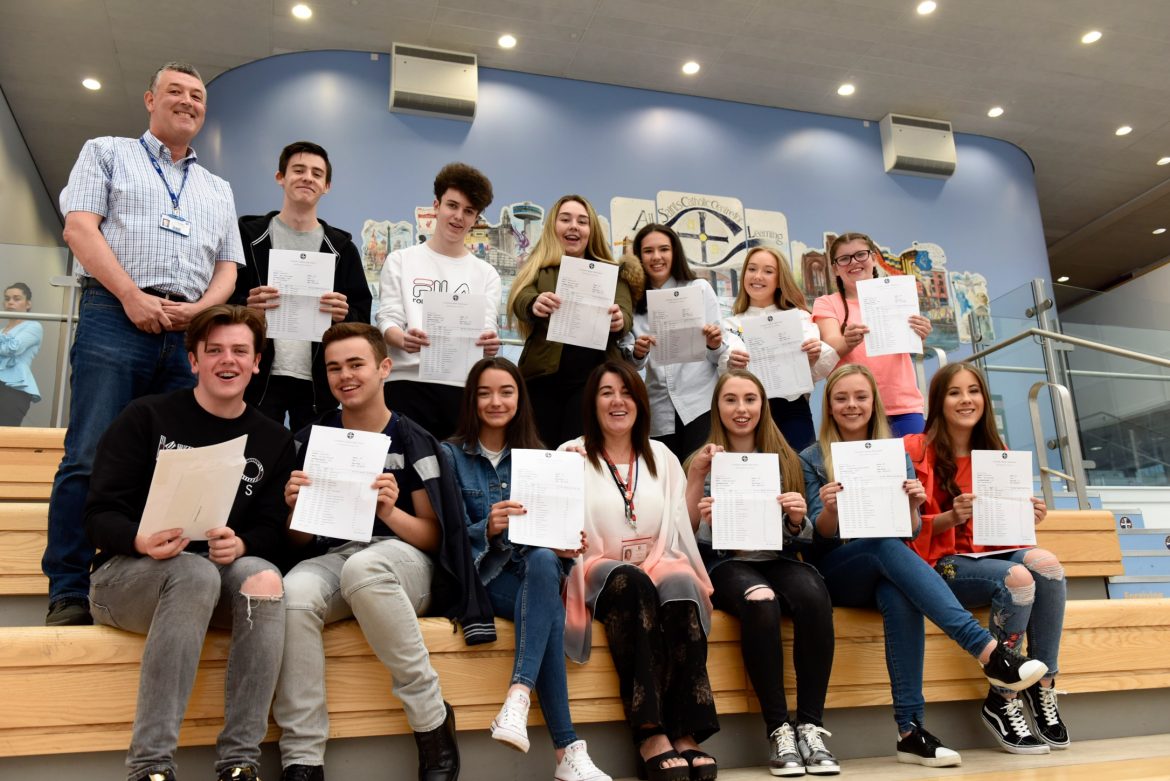 Figures released by the Department for Education today (Thursday, 12 October 2017) confirm the strong performance of this year’s GCSE candidates in Knowsley – who saw pass rates rise almost 7% more than the national average.

These first release provisional numbers show Knowsley’s class of 2017 scored a 7.4% increase in good passes at English and Maths, compared to only 0.5% nationally.

The results come after a period of intense focus on raising educational attainment across the borough, in a partnership between schools, Knowsley Council and the newly established Knowsley Education Commission.

Securing such a strong improvement in good passes across the borough is a real achievement, especially in a year when changes to the marking and grading system have been introduced.

“We’re incredibly proud of the achievement of the pupils, and of all those who have supported them – teachers, schools, governors, parents, the council and the Education Commission.

“It is extremely promising to see this work paying off in such a significant way – and we’re delighted that these results mean more pupils than ever getting the good grades they need to go on to their next steps.”

The figures released today are the first provisional national release of statistics since results day in August, and do not take into account any remarks. Final results will be released by the Government in early 2018. With a new scoring system in place from this year, attention is now focused on pupil’s performance in these two core subjects – specifically the number of pupils who manage a Grade 4 or above in both English and Maths.

All Saints Catholic High School in Kirkby saw the biggest increase in its performance – up an incredible 23% on last year with 52% of its pupils gaining good passes in both English and Maths. It follows a very positive Ofsted inspection for the school in July last year, which saw its ‘special measures’ tag removed and praise heaped up on the effective leadership and management at the school.

That strong leadership and management has been shown once again with the very strong GCSE performance this year.

St Edmund Arrowsmith Catholic High School in Whiston are also celebrating a rise in their results – with 56% of pupils gaining good English and Maths passes – up 6% on their equivalent results last year.

Meanwhile, Lord Derby Academy in Huyton, part of The Dean Trust, saw an incredible 11% increase (up to 51%) in the number of students gaining a Grade 4 or above in both subjects. In fact, the school saw rises across 17 different subject areas this year, including history, computer science and technology.

Halewood Academy increased the number of pupils gaining a Grade 4 or above in both English and Maths by 7% to 51%.  It was further good news for the school after they were graded Good by Ofsted in May, following an impressive turnaround in standards.

This year’s strong set of results are a good indication that efforts to raise standards across the borough are paying off.

At All Saints Catholic High School in Kirkby, which recorded the highest increase in the borough, head teacher Tony McGuinness puts this down to the ‘achievement culture’ that has been cultivated.

“We’re starting to see all the ‘ingredients’ we need for success coming together – unbelievable support from the parents, dedicated students, staff who are fantastic, and a learning environment which is fit for purpose.

“The local authority has invested more than a million pounds in improvements to the school building, which has contributed to the significant improvement in behaviour, and we’ve put an emphasis on standards such as punctuality and uniform.

“Our achievement culture is about our pupils valuing education and having an enjoyable experience in education, with lots of positive role models to get them ready for the world of work.”

“We’ve been given ambition. We see that we’re being pushed a lot more to achieve.

“We only have positive role models to look up and we know that they all started from the same place as us, they all have the same background.

“We know that as long we put in the work, we can go wherever we want; we can achieve whatever we want.”