Innovative liver scans will be available in Knowsley in the New Year to help to detect the early stage of liver disease.

Liver disease is a silent killer and people often don’t know that they have a problem until it is too late. It is, however, detectable and if caught early, is treatable, can be halted or even reversed by making simple lifestyle changes.

Several organisations across Cheshire and Merseyside, supported by the Champs Public Health Collaborative, with funding from Public Health England (PHE), are working to address the issue of excessive alcohol consumption and its risk to health, through diagnosis and by helping people moderate their drinking habits.

To support these efforts, pilot projects are being launched in January 2020 to provide free liver scanning services (using Fibroscans) in a variety of settings across Cheshire & Merseyside, including Knowsley.

This painless scan is a form of ultrasound that can measure inflammation in the liver, a key marker of liver disease caused by excessive alcohol use.  Where identified, support and further treatment can then be discussed.

“I’m delighted that Knowsley is part of the pilot project. People don’t know they have liver disease so this initiative will help to identify issues at an early stage for treatment to then be implemented.”

It is proposed that the service will be available in Knowsley through a mobile unit. Further details will be published in January once the timetable has been confirmed.liv 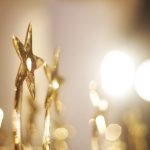 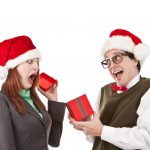 What to do with your unwanted Christmas presents