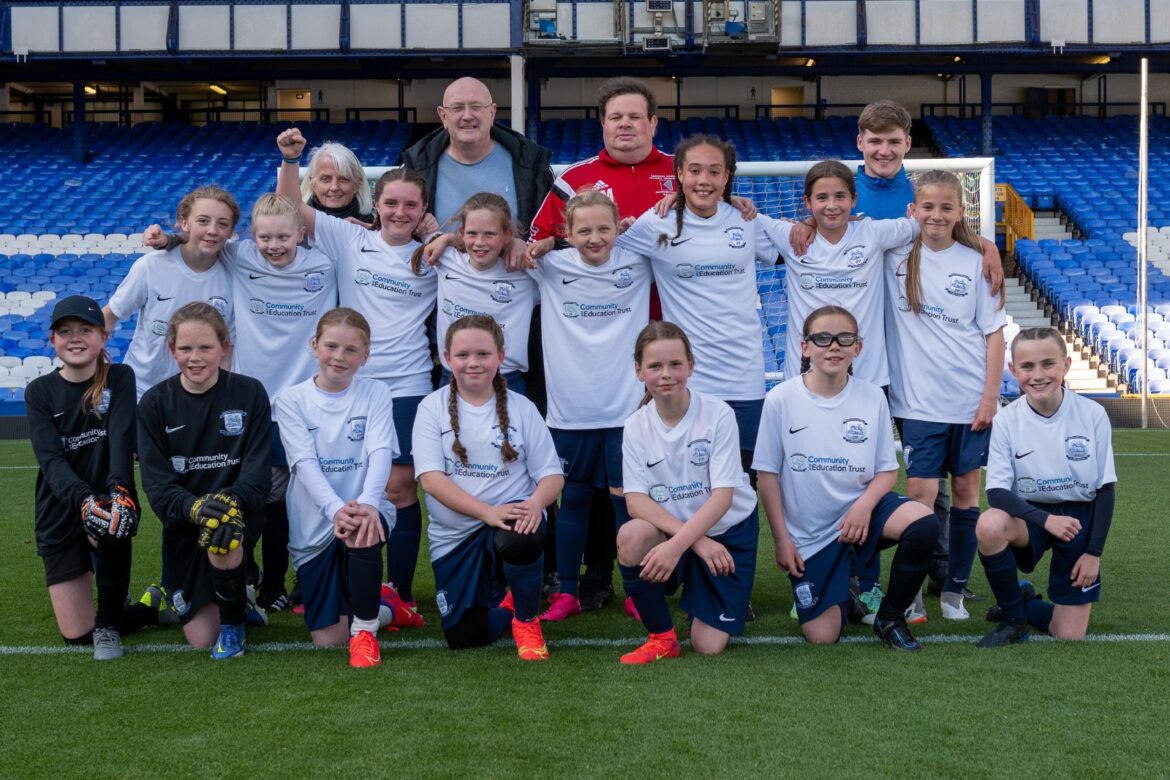 The win was a fantastic achievement for the team who only started playing together in September. Team managers, Terri Fitzpatrick and Daniel Moores, commented on how hard the girls had worked in the training over the past few months and praised the quality of football the team had played to qualify for the finals.

The final was played at the historical Goodison Park, home of Everton FC.

“Playing at a famous stadium like Goodison Park will no doubt be a moment etched in their memories for the rest of their lives.

“I would also like to thank the team managers and coaches for providing support for the girls to learn and enjoy their football. Sport and physical activity are hugely important to a child’s development and hopefully this group of girls will inspire others to take up sport.”