Schools in Knowsley joined nearly 1,000 schools around the country to celebrate and perform some of Shakespeare’s plays at the world’s largest youth drama festival, Shakespeare Schools Festival.

The festival brings together around 30,000 young people from primary, secondary and special schools to perform some of Shakespeare’s best works on professional stages.

Organised by Shakespeare Schools Foundation, a cultural education charity, the festival helps young people to increase their confidence and self-esteem by performing in front of an audience. It is also hoped that the experience encourages curiosity, improves teamwork and raises the aspirations of those involved.

Michael Brooks, Year 2 Teacher at St Joseph’s RC Primary School, said: “The SSF has brought Macbeth to life in the minds of our children and has inspired some of them to want to take part in more acting in the future.”

Cllr Joan Lilly, Cabinet Member for Children’s Services, said: “Shakespeare Schools Festival is a great way for young people to have fun while gaining important skills and developing themselves. Knowsley often celebrates Shakespeare’s links with Prescot so it’s wonderful the young people in Knowsley have been able to get involved too, and learn more about his work and legacy.”

The ten schools in Knowsley that took part in Shakespeare Schools Festival 2017 and performed at Knowsley Leisure and Culture Park include:

We caught up with some of the children at St Mark’s RC Primary School and Our Lady’s Catholic Primary School at their rehearsals, and asked them about being involved in the festival.…

Well done to all of the children and staff involved to make the performances a success! 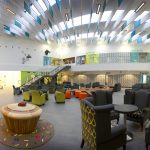 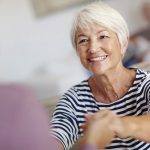 Could you help people get more involved in their community?