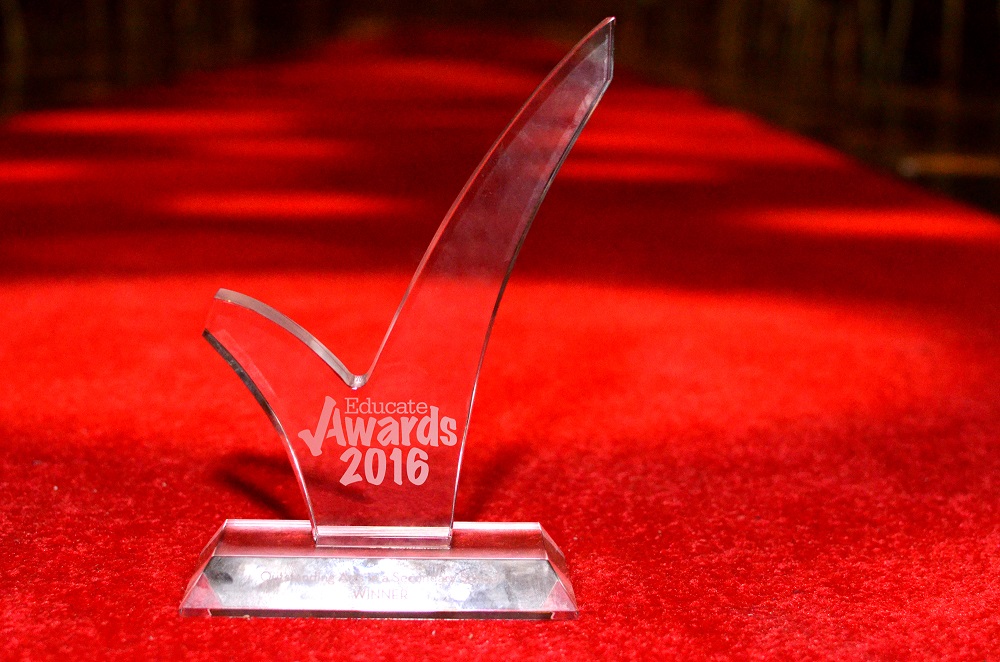 Knowsley schools in the running to win at Educate Awards 2016

It’s been a great year for schools in Knowsley as four have been shortlisted for this year’s Educate Awards.

Schools in the Liverpool City Region, Cheshire and Lancashire will be celebrated for their brilliance and the best of the best will be awarded at the annual awards ceremony for Educate Awards next month. The awards is the biggest celebration event of education in the North West and will bring together inspiring leaders and support staff to celebrate education in the region.

Which schools are nominated?

Evelyn Community Primary School evidences its creative flair as it is in the chance to win in the Innovative and Creative Literacy category.

All Saints Catholic High School is in the running for an award in the Career Aspiration category, evidencing ambition in the pupils.

Diane Reeves has made a big impression on Holy Family Halewood Primary School and the Awards’ judging panel as the popular learning mentor has been shortlisted for the School Support Star of the Year Award. This award recognises support staff that go above and beyond in their job and make a lasting contribution for pupils. This category is an honour to be nominated in.

Who makes the final decision?

Founder of the Educate Awards, Kim O’Brien, said: “The dedication, hard work and impact that Knowsley teachers, support staff and school communities have is truly humbling and it was fantastic to see so many schools from across Knowsley enter and put their projects forward. The entries this year have been amazing so thank you to each and every school that entered and best of luck to all those shortlisted.”

Cllr Gary See, Cabinet Member for Children’s Services, agrees and said: “How far these Knowsley schools have come in Educate Awards 2016 shows that Knowsley schools have a lot to be proud of. I hope that all of the schools nominated recognise how big of an achievement this and I wish the very best of luck to Halewood CE Primary School, Evelyn Community Primary School and All Saints Catholic High School as well as Diane Reeves from Holy Family Halewood Primary School.”

The winners will be announced at the long-awaited Educate Awards 2016 annual awards ceremony on 18 November at the Liverpool Cathedral.

Good luck to everyone who has been shortlisted.