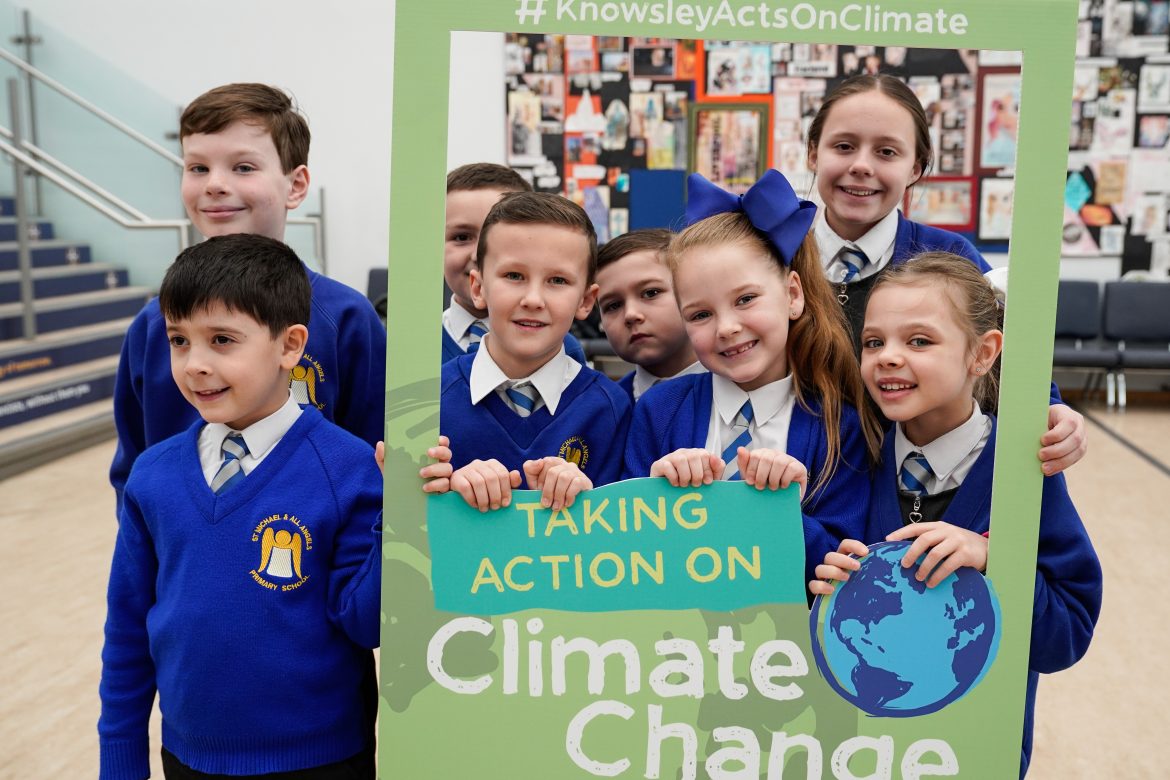 Young people from across Knowsley came together this morning for the first ever Knowsley Schools Climate Change Summit, following the borough’s declaration of a Climate Change Emergency last week.

The event was hosted at All Saints Catholic High School in Kirkby, with pupils and teachers from every school in the borough invited to come together and hear about how they can make a difference to the environment – now and in the future. 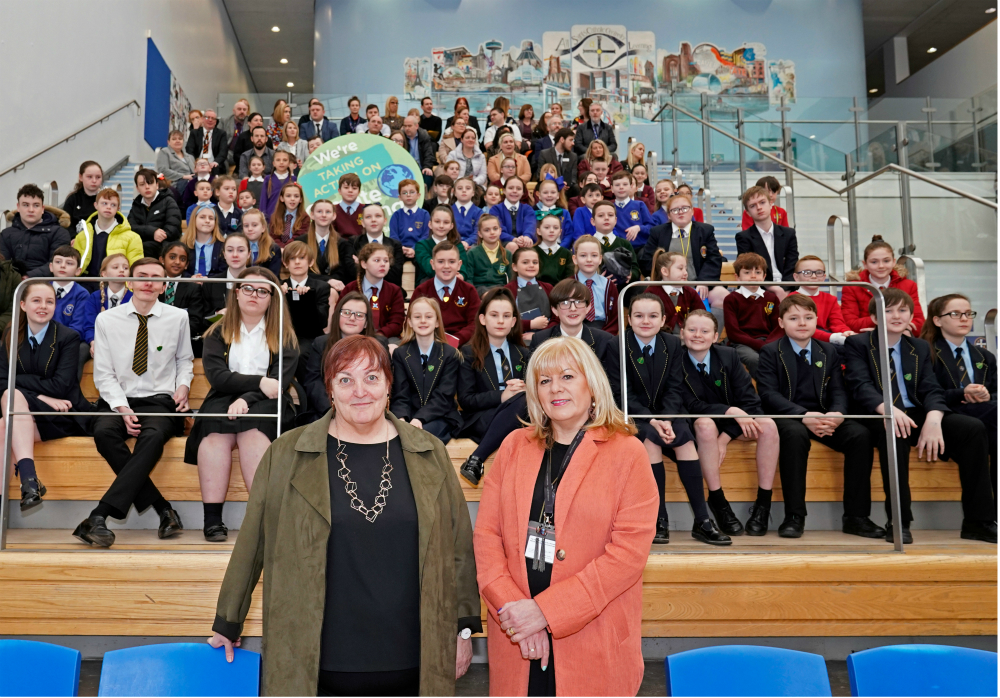 At the summit, they heard from Cllr Shelley Powell, Knowsley’s Cabinet Member for Communities and Neighbourhoods. She spoke about the urgent challenge facing the world and the actions Knowsley Council will be taking to achieve net zero carbon emissions by 2040 – ten years ahead of the Government target.

Pupils from All Saints School’s Eco-Council gave a powerful presentation outlining the actions they have already begun to take in school and urging others in Knowsley to follow their lead. Their message was one of hope – that by taking action now, it is possible to tackle the threat of climate change. 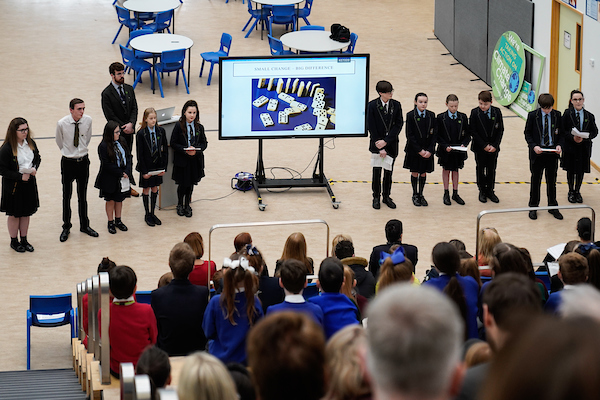 Those sentiments were echoed by Cllr Margaret Harvey, Knowsley Council’s Cabinet Member for Children’s Services. She told the Summit that, whilst the emergency was very real, progress was being made and that with the collective efforts of all generations in Knowsley, much more could be achieved.

The Summit also played an inspirational film featuring young people from two Kirkby Schools – All Saints Catholic High School, which hosted the event, and St Michael’s and All Angels Primary. It then invited all attendees to return to their schools and homes and ask themselves: what more could we be doing to help Knowsley act on climate change? 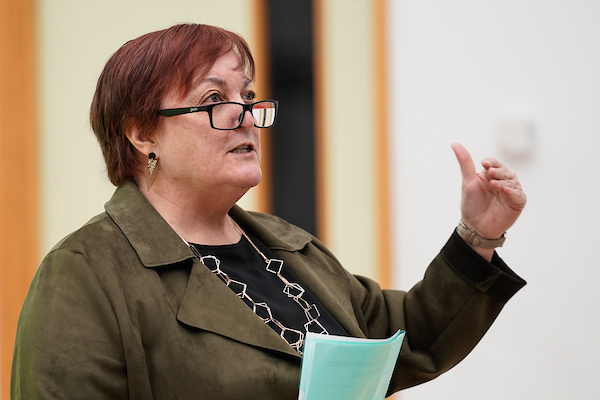 How will Knowsley Act on Climate Change?

Knowsley Council will be leading on the climate change challenge in the borough, producing a comprehensive action plan detailing how it will meet its ambitious target of net zero carbon emissions.

Progress is already being made in Knowsley – the Council has successfully reduced carbon emissions from its estate and services by 36% since 2009. Meanwhile borough wide carbon emissions have also fallen – by 28% in the same time. But the Declaration of a Climate Change Emergency acknowledges that there is much more still to be done. 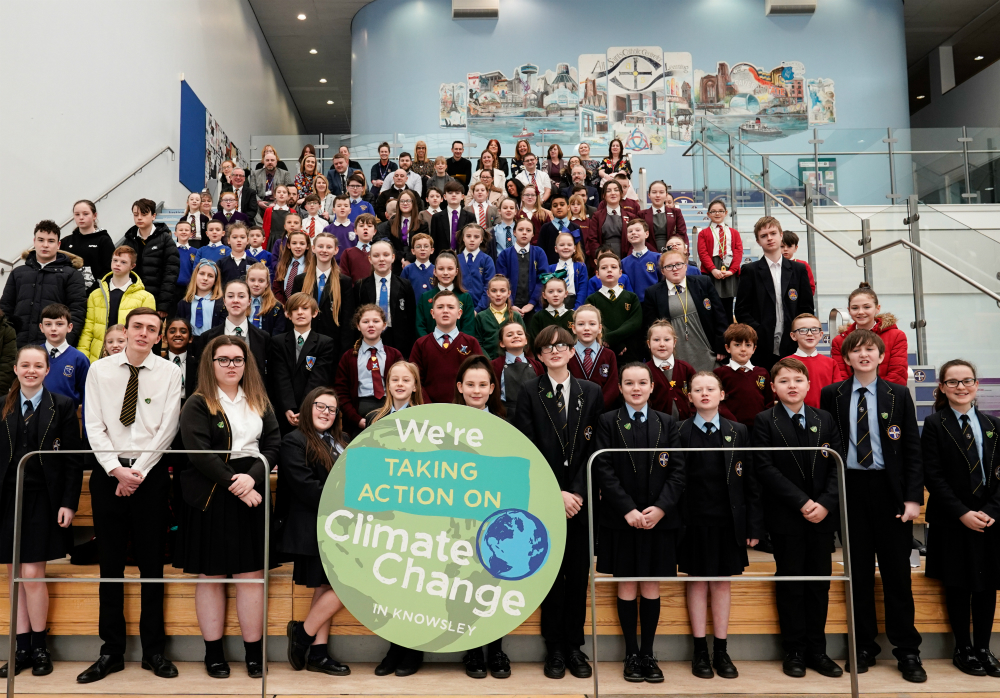 The council will be taking action around several key themes, including protecting parks and green spaces, reducing emissions from its vehicles, making council buildings more efficient and making it easier to recycle.

The council’s ambitions are significant ones, involving major changes such as the replacement of its entire fleet of vehicles and machinery with hydrogen or electric-powered alternatives and replacing all gas and electric use in all its buildings with renewable energy. 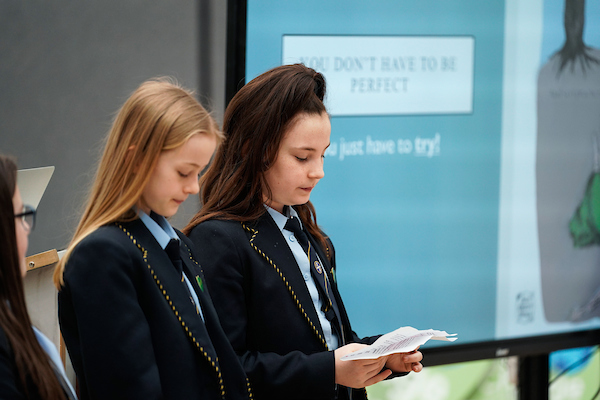 It will also be working with businesses, community groups, regional and national policy makers to encourage behaviour change.

Cllr Shelley Powell, Cabinet Member for Communities and Neighbourhoods, said: “The future of our climate is such a serious issue that it is unthinkable that we should do anything other than take action now to ensure we reverse or prevent the worst case scenarios predicted by scientists.

“It is really important that our young people are completely engaged and involved in how we do this, as their generation will have a key role to play in our response to this emergency.

“But today’s message was very much one of hope, and positivity – there is such a strong willingness to take action and make a difference, and with that on our side, we can work together to meet our ambitious target.” 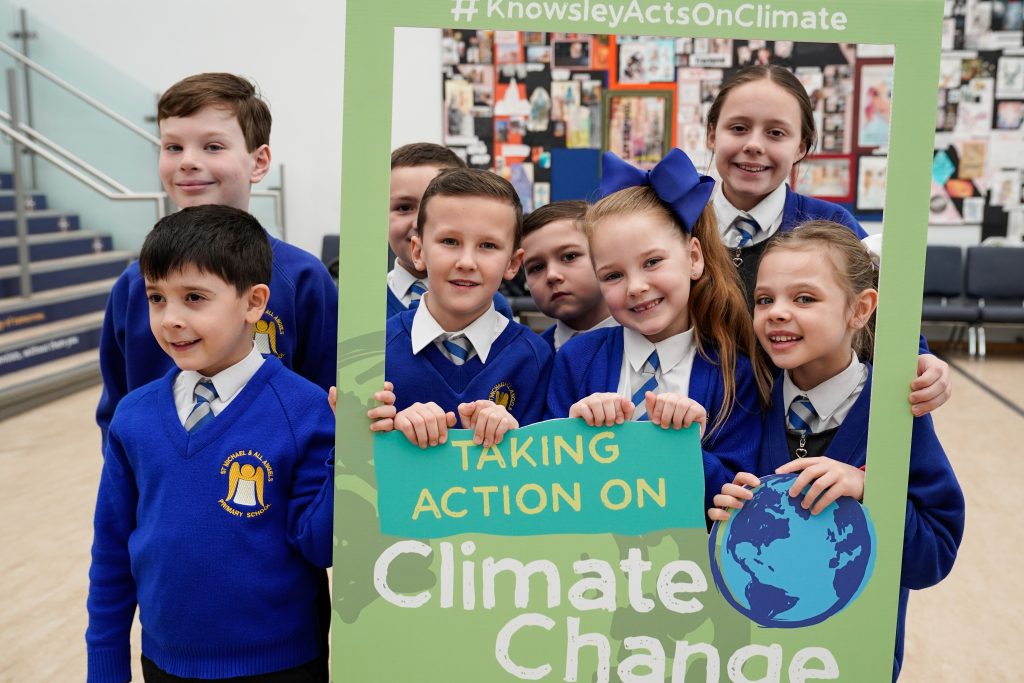 Knowsley Council is developing a detailed action plan to help the borough act on climate change. Over the coming months there will be lots of opportunities for everyone in the borough to get involve and have their say. But work towards reducing carbon emissions in the borough has already begun. Updates will be shared here Knowsley News and also on social media using #KnowsleyActsonClimate.

More pictures from the event