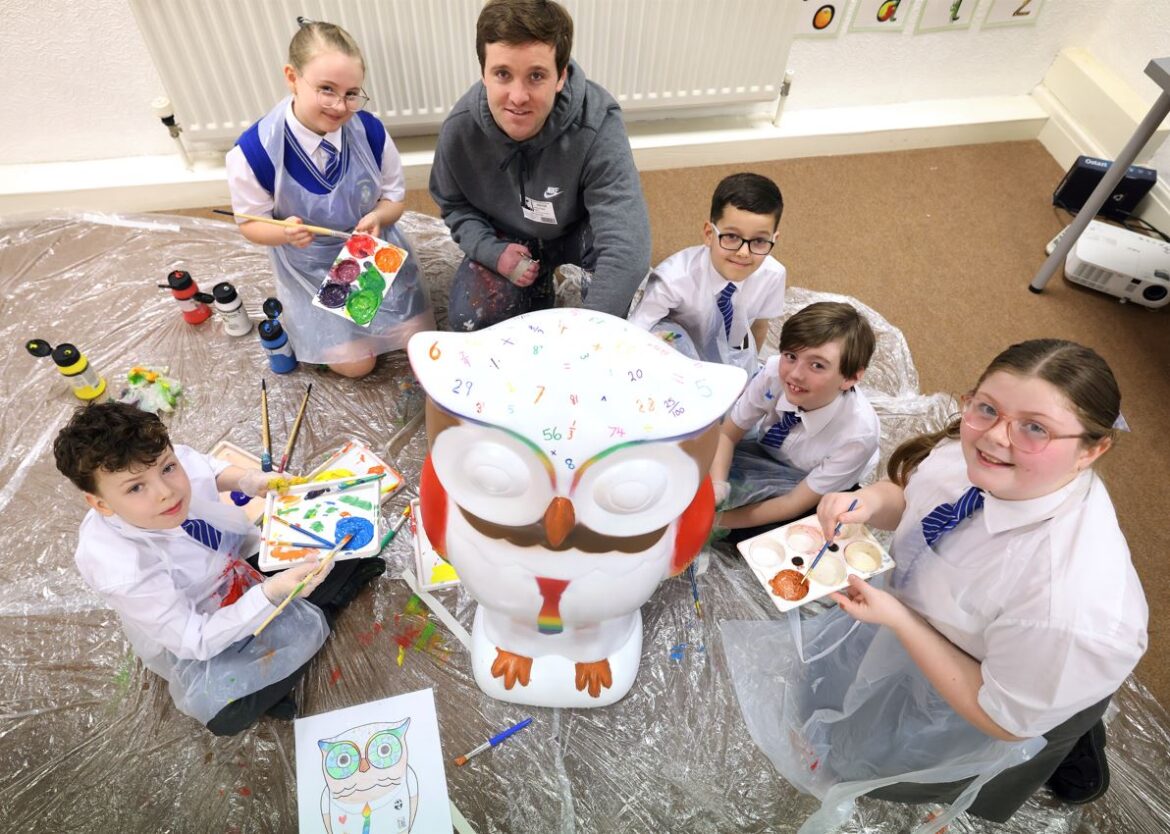 This week pupils at St Aloysius Catholic Primary School, Huyton were treated to a visit by local artist John Culshaw, who most recently completed a large-scale mural of Ringo Starr in Toxteth. 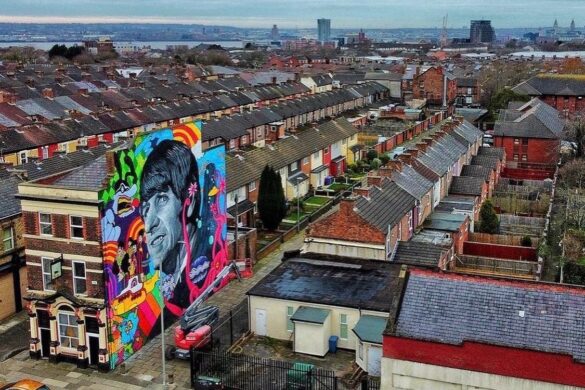 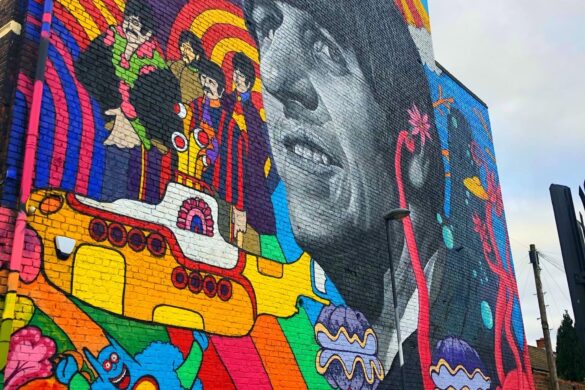 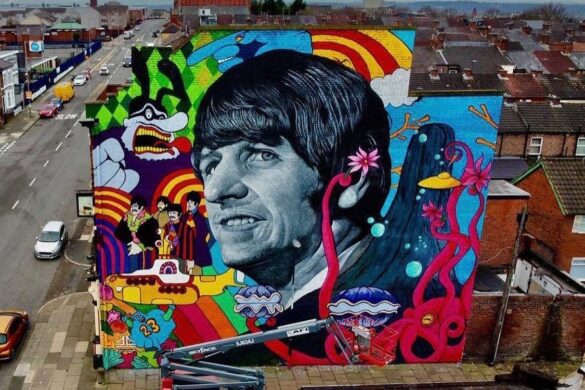 Together they were painting an owl sculpture that was delivered to their school last week as part of Knowsley’s Borough of Culture celebrations. 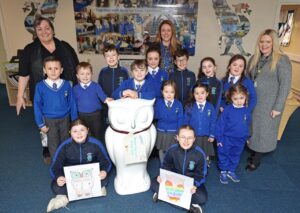 The sculpture is one of almost 50 owls and pussy-cats that were delivered to schools across Knowsley to celebrate the world famous poem, written in Knowsley by Edward Lear. During the summer months 32, 8-foot-high owls and pussy-cats will feature in a borough wide trail and in addition a number of smaller versions of the sculptures have also been created for local schools.

Pupils ranging in age from 3 to 11 years old have created a vibrant design that John helped to recreate onto the sculpture itself. Motifs on the owl include a heart to represent friendship, a football to illustrate the school’s interest in sport, the world to show everyone is welcome and on the owl’s head are words taken from the Owl and Pussy-Cat poem itself.

“I came here as a kid and my son is here now too. So, it was brilliant to visit the school and work with the pupils to help them realise their design – I’ve even been asked to come back and speak to the school about my work as an artist!

“I’ve been really impressed by all the pupils, who have worked so hard and given such a lot of thought to their design. This is a fantastic project that I hope sparks an interest in art and creativity.”

Cllr Shelley Powell, Knowsley’s Cabinet Member for Communities and Neighbourhoods said: “One of the lasting legacies of our year as Liverpool City Region Borough of Culture will be the memories people make. This project is a perfect example of this, and I know pupils across Knowsley will treasure their experience of decorating their sculpture.

“What’s particularly special for pupils at St Aloysius Catholic Primary School is that they get the opportunity to work with an established artist who can share his experience and expertise. You never know, these pupils may be future artists themselves and it all started during our year as Borough of Culture!”

St Aloysius Catholic Primary School is one of many schools in Knowsley working on their designs. Keep an eye out on social media where more pictures will be shared of other pupils painting their sculptures. Follow @cultureknowsley on Instagram, Twitter and Facebook and visit www.cultureknowsley.co.uk.

Artist Biography
John Culshaw was born and lives in Huyton, Knowsley and is responsible for a number of murals across Liverpool including works depicting Merseyside icons such as Steven Gerrard and Jürgen Klopp. He is self-taught and was originally a decorator. However, after completing a bee mural in Castlefield, Manchester in 2018 he has continued to take on commissions and completed private and public paintings. You can see more of John’s work on Instagram.